9 Best Things to Do in Manchester, Vermont 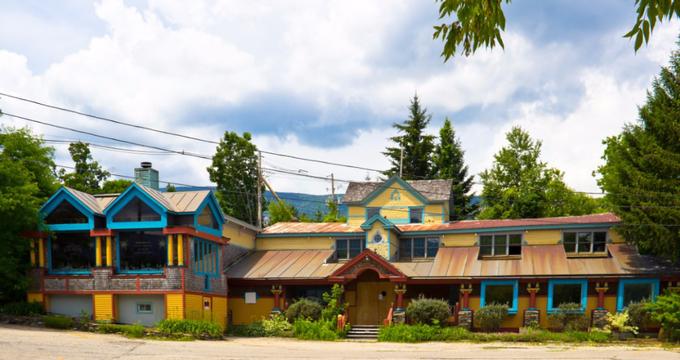 Manchester is a quaint town situated in southern Vermont. Surrounded by the Green Mountains and Taconic Range, the beauty and charm of this town are unmatched. The first settlers of Manchester arrived in 1764 and much of the heritage over the last 250 plus years is still preserved. Visitors will find many historical landmarks and buildings to explore, museums, art galleries, old town shops, recreational parks, delicious eats and more.

Hildene was the name given to the Lincoln family’s summer home. It once belonged to the eldest son of President Abraham Lincoln, which was Robert Todd Lincoln. In 1863 Robert Lincoln first visited the home. Robert’s daughter, Jessie Harlan Lincoln also lived in Hildene during the summer months. And later she lived there permanently from 1946 until 1948, the year of her passing. The last descendant of the Lincoln family lived in Hildene until 1975. Then, in 1978, the Friends of Hildene bought the property and restored it. Today, this landmark is a popular attraction that offers tours to visitors. 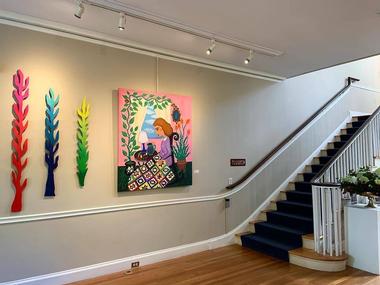 The Southern Vermont Arts Center is an arts organization that has several art galleries, that display both permanent and rotating exhibits. This center also has the largest sculpture park in Manchester. There is a designated area where performances take place along with separate educational facilities. Finally, the property is open for recreational activities like hiking and cross-country skiing. Their mission is to promote the arts within the community and beyond. They accomplish this mission by creating a space for those who want to participate in the arts. Additionally, artists have the opportunity to present, exhibit, and sell their work here. 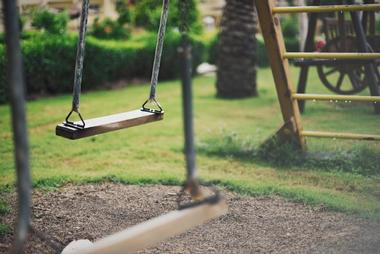 Dana L. Thompson Memorial Park was named after Dana L. Thompson. She was the Chief of Police who lost her life in 1972 while on duty. With over 88 acres of land, this park includes a variety of recreational offerings. There is Park House, which is an indoor facility equipped with a 900 sq ft activity room that’s available for rent. Also located in the park is a six-lane swimming pool, a kiddie pool, three baseball fields, multipurpose athletic fields, playgrounds, a walking path. Finally, there is a dog park, a skateboard park, and several outdoor basketball and tennis courts.

, OH -- You are reading "9 Best Things to Do in Manchester, Vermont" Back to Top

4.The American Museum of Fly Fishing 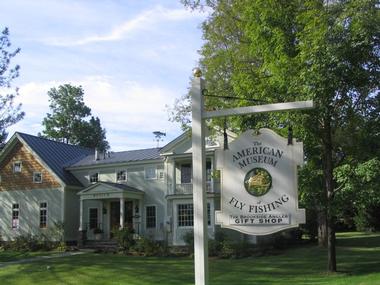 © The American Museum of Fly Fishing

The American Museum of Fly Fishing was founded in 1968 by a group of anglers who were passionate about the history of angling. They believed the tradition was an important piece of American culture. Therefore, the museum was established to honor its heritage. It’s also an organization that supports the research, and preservation of angling history. The museum houses the largest collection of angling-related items in the world. In fact, they have thousands of items. Some of the items in their collection date back to the sixteenth century. Permanent pieces inside the museum include rods, reels, flies, photographs, books, and manuscripts.


Manchester Depot marks the beginning of the town of Manchester. It came into existence when the Western Vermont Railroad was constructed from 1850 to 1851. In the present day, the railroad is called the Bennington and Rutland Railway. Because of the railroad, the town of Manchester became more accessible for people from neighboring towns and states. Not only was a station built, but a number of homes and stores were as well, in what came to be called Manchester Depot. The current shops and restaurants are spread out throughout the Depot and some maintained their casual and rustic charm.

-- You are reading "9 Best Things to Do in Manchester, Vermont this Weekend" Back to Top

6.Museum of the Creative Process 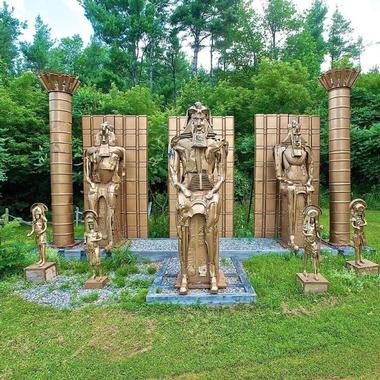 © Museum of the Creative Process


The Museum of the Creative Process is not just a museum, it’s also a learning center. Founder, Albert Levis, M.D. created this space as a way for visitors to see how art and creativity can assist with conflict resolution and can help ease the body’s stress response. Many of the art pieces in the museum are contemporary and historical in nature. Furthermore, the museum showcases various traveling exhibits and has four permanent exhibits. The names of these four exhibits are The Gorski Retrospective, The Sculptural Trail, The Metaphoria Murals, and The Panels of the Wizard of Oz.

Tilting at Windmills Gallery was founded in 1971. It began as a poster and framing shop, and over the decades has evolved into one of the largest fine art galleries in New England. The gallery features artwork from national and international artists who are well-known and influential within their particular artistic genre. Some artists select Tilting at Windmills as their exclusive gallery to showcase and sell their work. So, guests of the gallery can view art that they couldn’t find anywhere else in the world. In addition, this gallery features stone and gem sculptures from African and Canadian sculptors.

The Ye Olde Tavern is an old historical building that was built in the 18th century by Aaron Sheldon. During this colonial era, the Tavern was a place where the elite came to eat, drink and sleep. At the time of its construction, the building was called Stagecoach Inn. Over the next few hundred years, it changed names and ownership several times. In 1975, it received the name Ye Olde Tavern. And in 2001, new owners, Minna & Michael Brandt purchased the Tavern. Some of its distinguishing characteristics still remain, including antique furnishings, slanting doorways, classical music, and superior hospitality.

The owners of Nippers Cafe and Steakhouse are husband and wife couple, Adam and Karen. In 2005, they bought the Stamford Motel in 2005, and four years later opened Nippers Cafe and Steakhouse restaurant, which is part of the motel. This small mom and pop restaurant offers a menu made with local, organic ingredients. In fact, they have their own garden that provides much of the produce for their dishes. Every soup, sauce, and dressing is made by hand, including their popular balsamic dressing and wings sauce. Besides high-quality food, the ambiance is casually elegant, and the service is extraordinarily friendly.

, Michigan beaches -- "9 Best Things to Do in Manchester, Vermont for Locals & Tourists - Restaurants, Hotels" Back to Top

9 Best Things to Do in Manchester, Vermont

You are reading "9 Best Things to Do in Manchester, Vermont " Back to Top

10 Best Things to Do in Jeffersonville, Vermont

7 Best Things to Do in Brandon, Vermont