10 Best Things to Do in Barre, Vermont

By VacationIdea Staff on December 2, 2022 - Updated 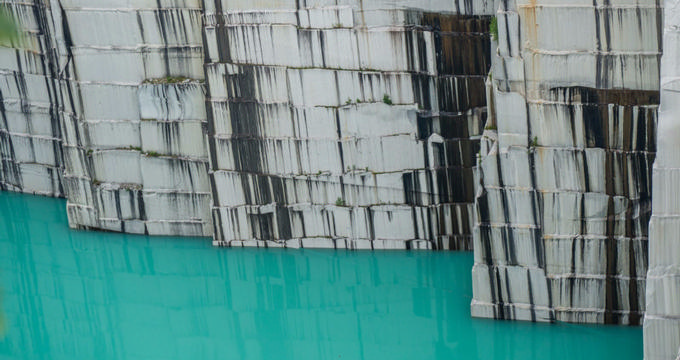 Being situated less than 60 miles from the Canadian border originally helped shape Barre into the internationally friendly small town it is today. In addition to the Canadian influence, Barre became popular with many worldwide artists, especially Italians, after the first granite mine was opened in the town. Because the granite was some of the highest quality in the world, and the quarry was producing massive amounts of granite, sculptors came from all over to practice their art. Barre has since grown out of being just a granite quarry town and has grown into its quintessential small town Vermont charm. Hope Cemetery was originally founded and built in 1895, with an original size of 53 acres, and has tombstones designed and crafted by artisans from all over the world. At the time it was common for these artists to succumb to a respiratory disease caused by granite dust, and when the Spanish flu hit the area it became a habit for artists to create their own ornate tombstones to showcase their skills. These days, the cemetery has grown to 65 acres and is home to more than 10,000 tombstones, many of which feature elaborate designs and carvings. Guests can book a tour through the cemetery to learn some of the history, or simply walk through it at their own leisure to see the memorials. What was once one of the largest granite quarries in the world has since turned into a tourist destination. This astoundingly large hole, which has at least 600 feet of milky-green water filling its depths, is the world’s largest deep-hole granite quarry by dimensional size. There are tours available, which take about 30 minutes to complete, and guests are driven to the top of the site to overlook what was once a working quarry. In modern day the Rock of Ages quarry is still mined, but not in the original holes, and it no longer requires a few hundred laborers to operate the site. 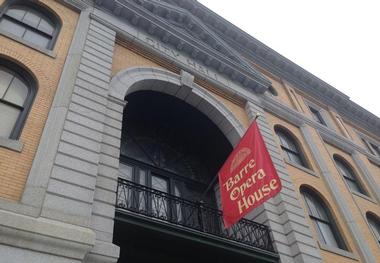 Although the modern Barre Opera House is a recreation of the original Barre Opera House building, which was built after the original burned down after standing for only twelve years, it is still over 100 years old and is steeped in history. When the new opera house was built in 1898 it could seat over 1,000 patrons. Eventually the Barre Opera House fell into disuse in the 1940s and eventually closed their doors in 1944. However, the house has since reopened and restored, and currently features everything from concerts to theatrical productions.

Racing fans visiting Barre will definitely want to check out the Thunder Road International Speedbowl, or as it is more commonly known, Thunder Road. This short stretch of paved track is only a quarter of a mile long, has high-banked walls, and is located just outside of Barre city limits. The track was originally founded in 1960 and became known for hosting weekly races on Thursdays. The track has seen its fair share of professional racers over the years, and in 2009 to celebrate its 50 year anniversary it was visited by Richard Petty and Bobby Allison. 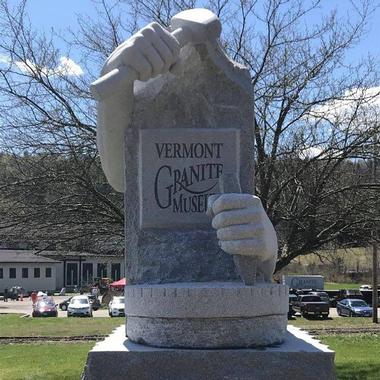 
After being founded by a cooperative effort from over 300 Vermont citizens, the Vermont Granite Museum first opened its doors in 1994 in order to preserve and showcase the history of Barre community’s granite industry. The museum is located in the former Jones Brothers Manufacturing plant and is currently on the National Register of Historic Places. The museum has a variety of interesting aspects for guests to explore, including tours, historical exhibits, seasonal events, and teaching workshops. For specific details on events, operating hours, and ticket costs and group rates please contact the Vermont Granite Museum directly.

-- You are reading "What to Do in Barre, Vermont this Weekend" Back to Top


Studio Place Arts, or SPA as the locals call it, is an integral part of the regional effort to produce art, learn about art, and showcase exhibits of local artists. The SPA first opened their doors in 2000 and is located in one of the oldest buildings on Main Street in Barre. Thanks to the Barre Historical Society, the Nichols Block building was recovered from disuse and fire damage and eventually restored to a safe state. The SPA features sculptures, paintings, and more, and draws much of its art from European immigrants who travelled to Barre during the granite boom in the early 1900s.

Its central location in the heart of Barre has helped the Morse Block Deli grow to be one of the regions best sandwich shops. The Morse Block Deli is focused on farm to table practices and uses locally produces premium meats and cheeses in conjunction with locally baked breads to ensure customer satisfaction. Everything that they can make in house, they do, which includes mayonnaise, mustards, dressings, and even corned beef and sauerkraut. There is a selection of New England beers on tap, as well as a selection of global beers in bottles, for customers to enjoy while dining in. 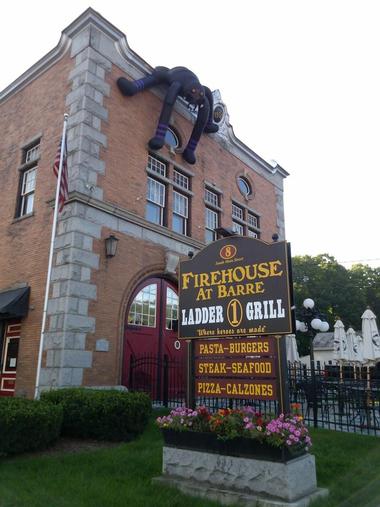 Often referred to as Barre’s best-kept secret, the Ladder 1 Grille and Pub is known for serving a menu designed to honor and celebrate firefighters of the past and present. The pub is owned by Valerie White-Beaudet and is known for its friendly and attractive atmosphere in addition to consistently delectable food and top-notch service. Guests to Ladder 1 can tuck into popular menu offerings like the Prime Rib, the Black Diamond Steak, and the NY Sirloin Steak. The pub also serves ultra-juicy burgers, stunning seafood dishes like the Baked Atlantic Haddock, as well as mouthwatering brick oven pizza and calzones.

After being opened in 2015 by a Barre local who was dissatisfied with the bagel selection in town, Maria’s Bagels quickly grew into a local staple for breakfast and all things bagel. Maria’s Bagels sells their product directly to customers in a variety of ways. Customers can buy bagels in bulk, individually in store if they are seeking diverse flavors, or even on a breakfast or lunch sandwich of their choice. Maria’s Bagels began as a hobby and quickly grew into a business when customers kept asking for more and more bagels. It became clear to the owner that their home kitchen would no longer cut it, so they opened the Maria Bagel Bagel Bakery on Main Street in Barre.

, Michigan beaches -- "Best Things to Do in Barre, Vermont for Locals & Tourists - Restaurants, Hotels" Back to Top 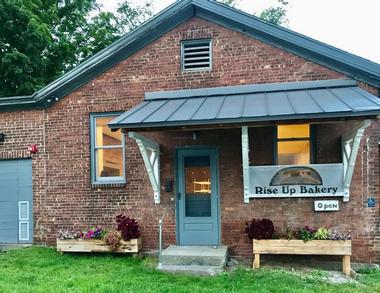 The Socialist Labor Party Hall was built in 1900 and became a hub for debates and discussion between union leaders, anarchists, and socialists who all had a voice over the country’s labor movement at the beginning of the 20th Century. This National Historic Landmark pays homage to the party hall and educates visitors about the many events and conversations that took place here to help change the course of labor history. Not only is it a landmark and important part of Barre’s history, but it’s also a beautiful place to host special events, with many small city occasions hosted within the Old Labor Hall’s walls.

10 Best Things to Do in Barre, Vermont

You are reading "10 Best Things to Do in Barre, Vermont " Back to Top

4 Best Things to Do in Warren, Vermont

8 Best Things to Do in Chester, VT

10 Best Things to Do in Jeffersonville, Vermont

7 Best Things to Do in Brandon, Vermont