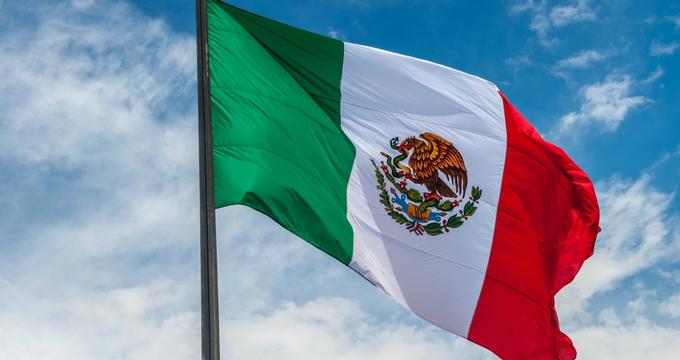 Waving proudly in the Zocalo square in Mexico City is the Mexican flag – an object of great national pride. In fact, the flag is such a source of pride that it even has its own holiday – Día de la Bandera or Flag Day, which takes place every February 24 and is considered a national holiday. More about Mexico. Certain attractions may be temporarily closed or require advance reservations. Hours/availability may have changed. 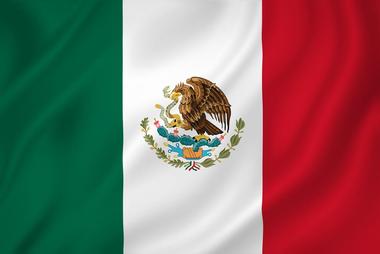 The flag’s design is mainly three vertical stripes colored red, white, and green. In the middle is the country’s national crest with an eagle resting on a cactus and holding a serpent in one talon. It was originally designed back in 1821 and has since remained mainly the same, albeit undergoing some minor changes within the last 200 years.

2.What do the colors of the Mexican flag mean? 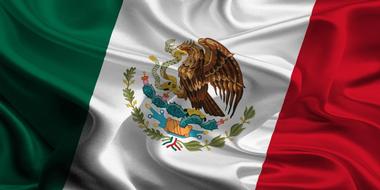 The three colors of the Mexican flag contribute to the overall character of the country it symbolizes. The green part means hope and prosperity, the white part signifies purity, while the red part stands for the blood that was shed by the heroes of Mexico over the years.

Previously, however, the colors stood for other things. The color green was for independence, the color white was a symbol of the Roman Catholic religion, while the red color stood for the union formed by the Mexicans and Spaniards.

3.The eagle of the Mexican flag 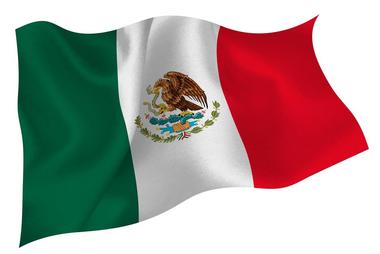 The eagle is part of the Mexican coat of arms. Its presence is based on a legend in which Huitzilopochtli, the supreme deity of the Aztecs, commanded the people to live in a place where an eagle lands on a cactus whilst holding on a snake. The Aztec people wandered until, in 1345, they found eagle perched on a cactus and eating a snake on an island within Lake Texcoco. They settled down and built the city of Tenochtitlan, which means the “Place of the Prickly Pear Cactus.” This was the most important city of the Aztecs until it was destroyed by the Spaniards when they invaded in 1521. Mexico City was built from the ruins of the ancient city.

The eagle, as well as the rest of the emblem, is actually a symbol of the Mexicans’ Aztec heritage. Even the flag colors have their own origins. At the beginning of the 19th century Mexico fought for its independence from Spain, and a coalition army was formed of rebels and some Spanish troops and was called the Ejercito Trigarante, or the Army of the Three Guarantees. Throughout the war, this army was represented by a flag with green, white, and red colors. The colors were preserved on the flag’s present design in order to remember the struggles of the Mexican people as they fought for their independence.

The central seal on the flag wasn’t always like that (the national crest appearing on both sides). In fact, the current one wasn’t adopted until 1968. During the time of the Second Mexican Empire, the seal had five eagles – one for each corner and one in the center.

Other facts about the Mexican flag:

- The flag of Mexico is known as Bandera de Mexico in Spanish. Mexicans often refer to it as Bandera Nacional.

- The flag was first created back in 1821 by Agustin de Iturbide, a Mexican army general.

- During the Olympics, the President of Mexico gives the flag to one of the athletes to bring to the host country.

- Whenever the national anthem of Mexico is played on the television, the flag must be shown.

- In case the country needs to honor the death of someone who is listed in the country’s national flag law, the Mexican flag is to be flown half-mast.

- During parades where the Mexican flag is shown, members of the military salute the civilians, who will in turn give a civic salute.

- Vicente Guerrero was the first military officer to swear allegiance to the flag.

- Flag day is celebrated on February 24.

- At certain times of the year, the flag is flown by both civilians and military personnel.

- The image of the Mexican flag is protected by law. That is, the broadcasting and duplication of its image is regulated, and special permits are required for its use.

Clearly, the Mexican flag is a very important symbol of Mexico. It’s rich with symbolism and based on a long history, representing the events that made the country what it is today. So, whenever you’re in Mexico, make sure that you always treat the flag with respect. Take the time to learn and understand what locals do to respect the flag and you’ll be good to go.

The town of Tepoztlan is situated at the foot of Mexico’s Tepozteco Mountain. It is a result of a combination of wisdom and unique traditions from ancient times that enrich the numerous cultural expressions, including esotericism, vice regal and pre-Hispanic treasures, ecotourism, the counterculture, and the simplicity of the town’s everyday life that all make Tepoztlan appealing to visitors. Visitors will forget about the worries of their everyday life as they take in the town’s architecture, bright and colorful flowers, warm weather, and cobblestone streets.

There is plenty of visitors to enjoy in Tepoztlan, from strolling through the town market to visiting the beautiful structure of the former Convent of the Nativity and so much more.

El Tepozteco National Park offers a chance to experience an adventure in nature. The flora and fauna found throughout the park ofen fills guests with vitality, and allows them to forget about the rest of the world for a moment.The nearby Tepozteco Mountain is considered to be mystical almost to the point of being purifying, and visitors who make it all the way to the summit are rewarded with an excellent view of a small temple that was constructed for the god Tepoztecatl.

Tepotztlán is a town that is full of surprises. It is one of Mexico’s “magical towns,” and offers a unique experience for anyone who visits. This magical town hosts many different celebrations, including dances. These celebrations with their dynamic colors and Chinelos, which is the name of the music, fill everyone with the life of its traditions.

A climb to the top of Cerro de Tepozteco offers a chance to explore a fascinating archaeological zone. Featuring steep wall located more than six hundred meters above the valley below, El Tepozteco Hill welcomes visitors to the Tepoztlán Village. It’s best to start exploring the historic settlement from the site’s main street. This pre-Hispanic settlement was constructed between the years 1150 AD and 1350 AD in honor or the god of pulque, Ometochtli Tepuztécatl.

The protected archaeological zone is spread out over approximately twenty-three thousand hectares, and is home to an array of birds and reptiles. The climb, which is about two kilometers in length, requires just a bit of effort through staggered paths and stones, similar to the climb the ancient people of the area had to make to give offerings to their gods. The interesting rock formations at the archaeological site hide amazing faces.The pyramid located at the top of the Mecca Morelense is known as El Tepozteco’s House. This pyramid’s rectangular foundations have withstood several centuries. Visitors who make the climb will have great views of the Tepoztlán Valley from the top.

The village market of Tepotztlán features a variety of pre-Hispanic dishes, flavors, and handicrafts. The creativity of artisans abounds during the weekends, and visitors are provided a wide assortment of one-of-a-kind, handmade items they can take home as a souvenir, including dresses, musical instruments, jewelry, ceramics, toys, basketwork, and much more. Delicious culinary delicacies at the market also make a great option for an afternoon meal.

More Things to Do in Mexico

25 Best Things to Do in Cancun, Mexico

25 Best Things to Do in Playa del Carmen