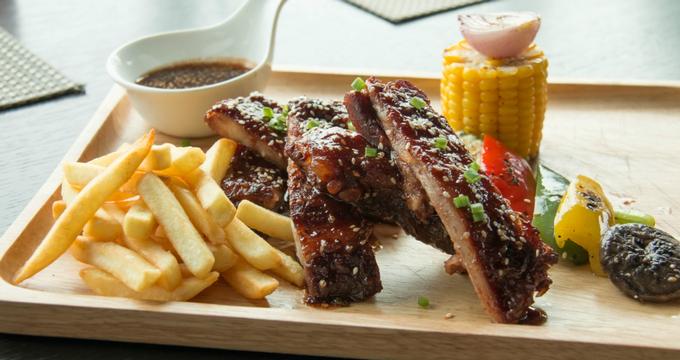 With amazing barbecue spots popping up left and right in Nashville, the city is quickly rising through the ranks and offering some of the country's most tantalizing and delicious slow and low cooked meat. 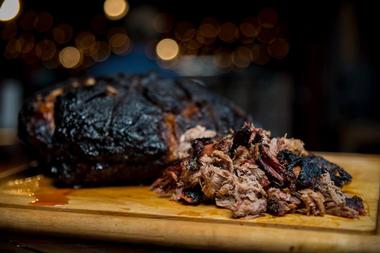 A tribute to all things Southern, Edley's Barbecue has won the Best in Barbecue award of the Nashville Scene Reader's Poll for 4 years running. If its sheer popularity amongst the locals of Nashville isn't enough to convince you to drop by for a taste, then maybe its three locations around Nashville and its new joint in Lexington, Kentucky, will be enough. People keep coming back to dig in to the Tuck Special, a brisket sandwich that is topped with house-made spicy pimento cheese, red and white sauce, and a perfectly cooked over-egg. Other crowd pleasers also include the pork tacos, which are served with a tangy slaw and pico de gallo, and the sinful BBQ nachos. Practically an institution in Nashville, Bar-B-Cutie had its humble beginnings in 1940 when it was still a pie wagon called the Testy-Eat-Shop located in the downtown area of 9th Avenue. It continued to evolve through the years, even becoming a car hop in the 1950s, until it finally bloomed into Bar-B-Cutie, one of the most successful smokehouse chains of mid-Tennessee. Today, this local favorite continues to serve up some of the most succulent smokehouse pork in town and has several branches in Nashville and beyond. Aside from the mouthwatering meat, Bar-B-Cutie also has a fine selection of Southern-style sides that are made from scratch daily. Feeding an army? Call them up for some satisfaction-guaranteed catering and don't forget to ask for their mind-blowing banana pudding. 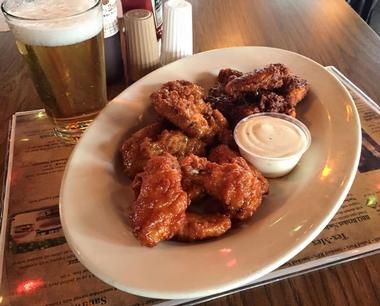 Hickory-smoked Tennessee barbecue, ice-cold drinks, live local music, and a family-friendly atmosphere. What more could you ask for in a good old' fashioned Nashville barbecue joint? The Drifters Tennessee Barbecue Joint has all this and more as it invites people from all over the city to come and smell the hickory and dig into their favorite cuts of pork while watching local talents jam all night long. Drifters is known for using only freshly chopped hickory to slow smoke all of their offerings with options like brisket, baby back ribs, and bratwurst filling the menu. They also take great pride in their smoking process, which they've fine-tuned and refined over their years in business. Don't forget to order some beer or bourbon to go with your favorites and make sure to start your feast with a small bite like brisket nachos. More Things to do in Nashville TN If there were only three words that Fat Boy's BBQ could use to describe themselves, it would probably be authentic, local, and delicious. Serving up a little taste of Nashville in every plate, each dish at Fat Boy's BBQ is prepared with utmost care, love, and the absolute best fresh ingredients. This joint has got all of your favorite old-fashioned offerings like beef brisket, smoked sausage, baby back ribs, and pulled pork while also serving up Nashville favorites like the hot chicken or hot fish sandwich. Drop by and get a whiff of the on-site smoker, which uses a combination of cherry, apple, and hickory wood to give the meat that genuine uncanny taste of the Deep South.

-- You are reading "15 Best Barbecue Restaurants in Nashville, TN this Weekend with Friends" Back to Top If you're looking for the godfather of barbecue in Nashville, look no further than Jack Cawthon, the owner and founder of Jack's Bar-B-Que in the city's downtown area. First opened in 1976, Jack's is a staple in the Nashville barbecue scene with a prominent location overlooking the riverfront over at Broadway and 1st Avenue. Jack's was also one of the handful of restaurants that was successful back when the area was relatively dead. Visitors to Jack's should definitely sink their teeth into the Tennessee pork shoulder or have a taste of the Texas brisket and smoked Boston turkey. The St. Louis ribs are also inexplicably delightful and will leave you craving for more. Not quite sold yet? The two additional locations around the area should serve as enough of an indication that they've got some dang good barbecue.

Ribs, pork, chicken, brisket, or even sausage. What you seek you shall find at Jim ‘N Nick's Bar-B-Q. What people love about this joint is its simplistic approach to barbecue. They understand that at the core of barbecue lie only three things – smoke, meat, and time. Despite this, Jim ‘N Nick's Bar-B-Q strives to give only their best by paying the utmost attention and consideration to every barbecue recipe they have in their repertoire. Not to be forgotten, of course, is some really great barbecue sauce, which they have in spades. For groups or families visiting Jim ‘N Nick's, go for the family dinners. They'll feed either two incredibly hungry individuals or a family four, so everybody wins. Just do yourself a favor and make sure to order some of their world-famous cheese biscuits alongside your meal. A legend in West Tennessee's barbecue scene, Martin's Bar-B-Que Joint has been featured on several networks like the Travel Channel, the Cooking Channel, the Food Network, and even The Shadow. Let's not forget it's many features in print in magazines like Conde Nast Traveler, Bon Appetit, Esquire, and Men's Journal. What's got all of these networks and publications buzzing are the whole hogs being smoked low and slow for over a day by Pat Martin. Consumed by his passion for barbecue, Pat Martin's day, along with his crews', starts at 5:00am to tend to the hogs and to make the sauces and sides fresh. Understanding that good barbecue simply can't be rushed, Martin's Bar-B-Que Joint serves up favorites like the Redneck Taco daily and provides a unique BBQ experience to every guest. Nestled in an enclave behind Gulch's high rises, Peg Leg Porker has been smoking up mouthwatering meats since it opened in 2013. Since then, Peg Leg Porker has become a bona fide barbecue star with bestsellers like the Memphis Sushi, a sausage and cheese platter served with saltines, or classic offerings like the BBQ nachos. At the helm of Peg Leg Porker is Nashville native Carey Bringle. As the pit master, Carey brings the traditions of West Tennessee barbecue to Peg Leg Porker, insisting, among other things, that all of their barbecue be smoked low and slow, just as the barbecue gods intended. 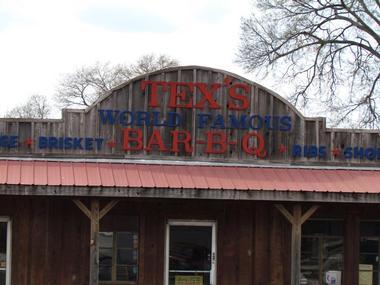 For over 30 years, Tex's World Famous Bar-B-Q has been dishing up Nashville's favorite low and slow cooked meats. As one of the oldest barbecue spots in town, they're practically an institution in the BBQ business, with a repertoire that includes beef brisket, pulled pork, smoked sausage, turkey breast, barbecue baloney, and ribs. The specialty of the house? Texas-style barbecue that's cooked and pulled right there on the premises. They may not be one of the flashiest spots in town, but one thing is for sure, word of mouth and utmost care towards their customers has kept Tex's World Famous Bar-B-Q in the business for decades and will surely do so for many more years to come. 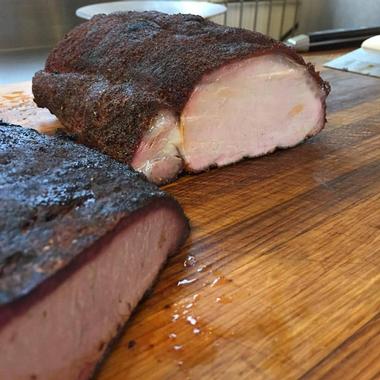 There's nothing flashy or pretentious about The Gambling Stick, but who cares about that when the food speaks volumes on its own? A small food truck with a modest canvas tent sitting in the corner of the parking lot of Porter Road Butcher, The Gambling Stick cooks up a storm with the bare necessities. Despite the simplicity of the set-up, The Gambling Stick dishes up crowd-pleasers like the Pigsket, a sandwich that packs quite the flavor punch. Simply put, there's nothing ordinary about the food that comes of this tiny trailer. The food is so good, in fact, that people are even raving about something as simple as side dishes. The sweet and spicy baked beans in particular have people coming back for more.

11.The Row Kitchen and Pub 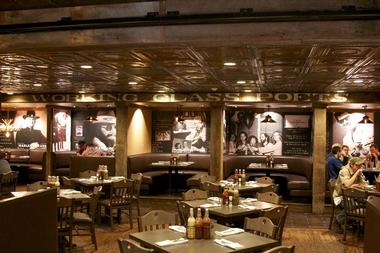 © The Row Kitchen and Pub

More than just a restaurant, pub, or barbecue joint, the Row Kitchen and Pub has been shaping country music history and providing the working-class poets of Music Row with a spot to relax for over 30 years. Truly, there's no shortage of good food and good music at The Row, with live music everything from 10pm to 12 midnight. When it comes to grub, there's nothing quite like their Loaded BBQ Pork Fries, the BBQ pork quesadillas, and the pork barbecue sliders. Make sure to have a taste of their popular cheese fries and the bacon queso while you're at it! Need a little something to forget the stress of your day? Order a whiskey, bourbon, or draft beer to go with your Southern barbecue classics. 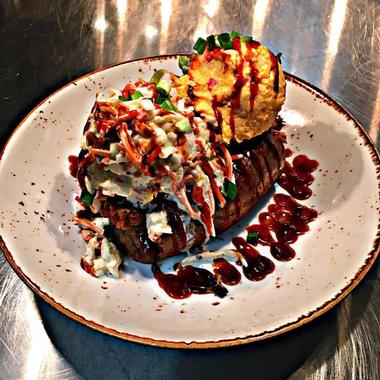 There's nothing small or inconspicuous about the world-famous Wildhorse Saloon. Housed in a 66,000-square-foot hall, this live music and dance destination is just where you want to be for an incredible night of merrymaking and absolutely divine food. Food may not be the first thing on people's minds at Wildhorse, but after hours of dancing and incredible foot stomping music, you're bound to have a hankering for some good ole Southern-style barbecue. The saloon has this and more with an award-winning menu of Southern smokehouse cuisine and signature dishes like the fried pickles or hot chicken. The barbecue sauce of the Wildhorse Saloon is no joke either, with over 3,000 gallons of this finger-licking sauce used annually.

-- You are reading "15 Best Barbecue Restaurants in Nashville, TN" Back to Top or Amazing things to do around me

You are reading "15 Best Barbecue Restaurants in Nashville, TN " Back to Top