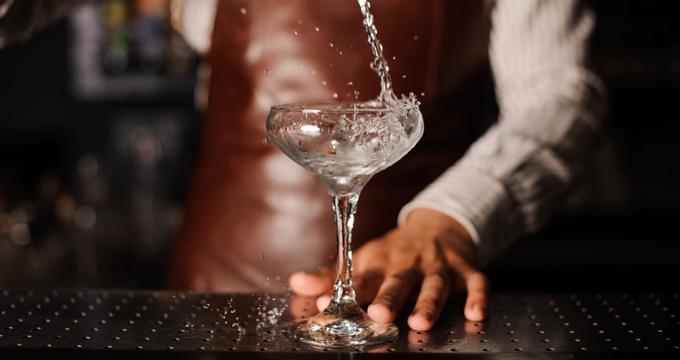 Certain alcoholic drinks and spirits are associated with certain nations or parts of the world. When we think of whiskey, for instance, we tend to associate this drink with the likes of Ireland and Scotland, while wine is linked with France and Italy, bourbon is associated with the United States, and vodka is typically connected with Poland and Russia.

However, despite every drink having its own 'home nation' and origin story, the various techniques and recipes have now been passed and shared all over the globe, leading to some wonderful spirits being made in countless locations, far from their original homes. Some exceptionally high quality vodka, for example, is being made in the little Norfolk village of Beachamwell, England at the Wild Knight Distillery.

A highly popular distilled alcoholic drink, vodka is typically drunk neat but blends nicely into many different cocktails too, including the likes of the Cosmopolitan, Screwdriver, Black Russian, Moscow Mule, and Bloody Mary. As stated above, this drink is commonly linked with Russia and Poland, but the hard-working team of the Wild Knight Distillery in England are proving that English vodka is also a force to be reckoned with.

- The History - Wild Knight Distillery was formed by husband and wife duo, Matt and Steph Brown. Lifelong food and drink lovers and connoisseurs of fine spirits, Matt and Steph's journey towards the foundation of Wild Knight Distillery started up back in 2010 when Matt flew to Mongolia for his brother's wedding. There, he was surprised to see how important vodka was to the Mongolian people, often being enjoyed early in the mornings and shared between families and friends. A few years later, in 2014, Matt and Steph started to take a more active interest in vodka production, wanting to create a truly world class spirit that could really be savoured and appreciated by all.

- The Products - Matt and Steph’s original creation, Wild Knight English Vodka, has gone on to become one of the best rated vodkas to be released in recent years, and they added to their lineup of products with the launch of Nelson's Gold in 2017 and Boadicea Gin in 2018. Local, regional, and national critics, spirits experts, and media publications have all spoken highly of Wild Knight Vodka, Nelson's Gold, and Boadicea Gin, and these products have swiftly spread all over the nation and beyond, being sold and enjoyed in various stores, clubs, restaurants, and bars.

- True English Vodka - When making their vodka and other spirits, Matt and Steph wanted to create drinks that were truly English, distinct and different from the spirits one would find elsewhere. They decided early on to make use of barley as the base for their creations, as it grows all around the county of Norfolk and has been part of the local scenery and heritage for hundreds of years. The distinctive microclimate of the area is just right for growing some of the best quality barley around, allowing Wild Knight Vodka and other spirits to be made with truly local, English ingredients.

Totally gluten-free, deliciously smooth, truly 'ultra premium', and inspired by English heritage and culture, Wild Knight English Vodka is an exceptional spirit that can be savoured and appreciated on any occasion. Gently sipped at room temperature with good friends and family by one's side, it's one of the best English vodkas money can buy right now.

Wild Knight Vodka has been rated as one of the best vodkas on the market today and deserves to be sampled by any vodka enthusiast. To buy and enjoy Wild Knight's vodka and other spirits, here's all you need to know:

- Buy Online - You can buy Wild Knight Vodka and related products direct from the Wild Knight online spirits store. The online store offers all of the unique, ultra premium English spirits produced at the Wild Knight Distillery including Wild Knight English Vodka, Nelson's Gold Caramel + English Vodka Blend, and the various variations of Boadicea Gin, along with shakes, gifts, flasks, and other accessories, with free shipping on all orders over £99 and speedy deliveries every time.

- By The Glass - You can find Wild Knight English Vodka being served in a range of hotels, restaurants, clubs, bars, and even English Heritage sites all over the country.

- By The Bottle - Wild Knight Vodka is also being sold in many quality wine stores all over the United Kingdom. website