Best Things to Do: The Gefilteria 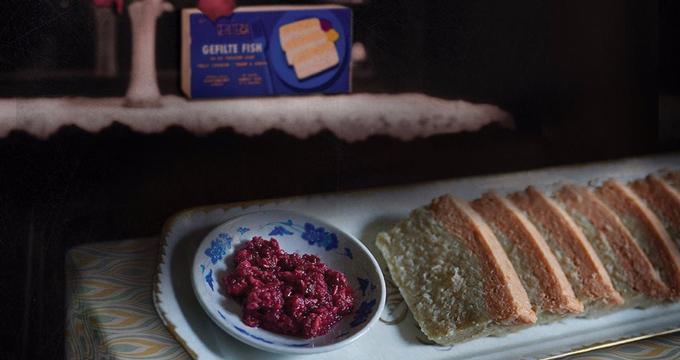 One of the most fascinating things about the culinary world is just how much tastes, recipes, ingredients, and cooking techniques can vary from one location or culture to the next. All over the world, different styles and approaches to cuisine can be discovered and enjoyed, and in the modern era, it's possible to enjoy all kinds of food from the comfort of your own home, thanks to companies like The Gefilteria.

What Is The Gefilteria?

The Gefilteria is an innovative food venture that started up in 2012 with the aim of offering a fresh take on European Jewish cuisine, bringing classic, traditional dishes into the modern era. The team members and founders behind The Gefilteria all share a strong belief that Old World Jewish foods have a lot to offer, aiming to raise awareness of these foods through talks, classes, workshops, and more, as well as creating some of the very best gefilte fish in the world.

All About Gefilte Fish

Gefilte fish was historically a stuffed fish dish, but it changed a lot over the years, with the complex stuffing step of the recipe gradually being phased out in favor of a simpler approach, resulting in a blend of poached, ground, deboned fish like carp, whitefish, and pike, served in a quenelle or fish ball format.

Inspired by this traditional dish, The Gefilteria was originally formed to offer the best gefilte fish around. The founders of the brand were tired of jarred gefilte fish which lacked the flavor and appeal of the properly prepared dish, so decided to create their own. The Gefilteria's gefilte fish is prepared in small batches and limited runs just a couple of times per year and, as with most things related to The Gefilteria, it's a little quirky and different when compared to the classic recipe.

Made with gluten free ingredients and responsibly sourced fish, The Gefilteria's gefilte fish is certified kosher and comes fully cooked and blast frozen in a loaf format, allowing you to simply let it thaw before serving. This high quality gefilte fish can be ordered online from select retailers or found at certain stores around New York City. Check the official The Gefilteria site for more information.

The Other Work of The Gefilteria

As well as creating the best gefilte fish around, The Gefilteria also undertakes a range of additional activities to raise awareness of Old World Jewish cuisine to get more people trying and testing out these classic recipes in their own homes.

- Classes and Workshops - The founders of The Gefilteria actually travel all around the United States and even beyond the nation's borders, heading off around the world to provide talks, classes, and workshops on Jewish food. The classes and lessons are primarily focused on making traditional Jewish dishes, but incorporate elements of Jewish culture and history into each session for a highly entertaining and educational experience for all. You can visit the official site for a list of upcoming talks and classes, with The Gefilteria appearing at some very prestigious institutions and events like the New York City Wine and Food Festival, Columbia University, and the Center for Jewish History.

- The Cookbook - If you'd like to get all the wisdom and teachings of The Gefilteria in your own home, to consult and enjoy whenever you need them, you might want to consider investing in The Gefilte Manifesto. Written by Liz Alpern and Jeffrey Yoskowitz, two of the The Gefilteria's co-founders, The Gefilte Manifesto is an Ashkenazi cookbook designed to bring Old World recipes and traditions into contemporary kitchens, offering new twists and takes on the classic formulas and offering a huge range of recipes from simple light bites like Classic Sour Dill Pickles to more complex but delectable dishes like Crispy Honey-Glazed Chicken with Tsimmes. Some critics have called it one of the best cookbooks of recent times and quite simply a must-buy for anyone interested in enjoying Old World Jewish meals more often.

- Dinners and More - The Gefilteria team is made up of culinary professionals with years of experience. They wrote the Gefilte Manifesto, they make some of the best gefilte fish money can buy, and they also offer their services as culinary creators for dinners and events around the globe. Anyone interested in organizing a pop-up dining experience or special event with some top quality Jewish cuisine on the menu need only contact The Gefilteria. The team has already helped to host dinners for such clients as the Leichtag Foundation, The Lost & Found Project, and Eastern Michigan University. website