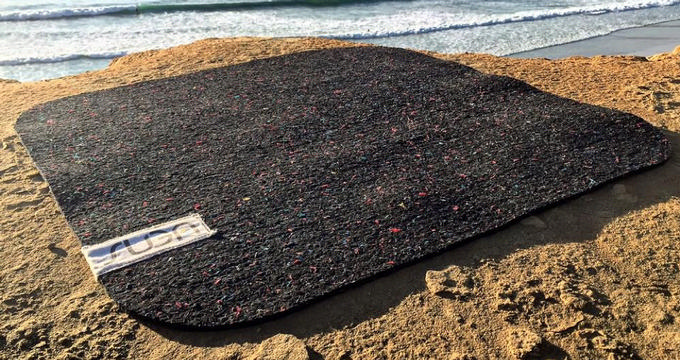 We all have a responsibility to look after the world, and recent news and reports have been revealing just how much damage mankind has done and how devastating our actions, as a collective species, have been on the world. Every single day, through the use of power, the destruction of natural land, and the mass amounts of waste we generate, people are killing the world.

Fortunately, more and more companies, groups, and individuals are taking a stand and making efforts to change the way they live and give something back to Mother Nature. When it comes to being eco-friendly, every little effort really does help and a lot of those little efforts put together can make a very big difference and maybe go some way to undoing the damage that has to be done and helping the world to heal.

This is especially true in regards to waste. Each and every day, enormous amounts of trash and used items are stuffed into landfills or even dumped into the world’s waters, poisoning natural environments and killing countless animals, even wiping some species out altogether. By recycling and minimizing our waste, we can start to change the world, and companies like Suga are leading the way.

Suga is an innovative brand making yoga mats out of old wetsuits. These used wetsuits would otherwise end up in landfills and contribute to the damage being done to the environment each and every day, but thanks to the efforts of Suga, they’re being given a new purpose and a new lease of life as something truly useful and functional.

- A Safer Alternative - In ancient times in Eastern countries, animal skins were often used as yoga mats. Over time, towels and pieces of cotton replaced the skins, and then, as yoga moved to the West, rubber and PVC mats began to be used more frequently. These materials are not particularly eco-friendly, whereas Suga mats are made from 100% recycled material. In fact, Suga was the first brand to create totally recycled yoga mats, so this is the number one name to choose if you want to make use of mats that are kind to the planet.

- A Better Option - Not only are Suga recycled yoga mats better for the environment, but they’re also more functional and efficient than regular yoga mats. If you’ve used yoga mats extensively in the past, you’ll know how they can attract dust and grime quite easily. Due to the properties of the materials that go into the creation of a Suga yoga mat, these mats are actually able to repel dust and dirt with ease, staying clean and fresh much longer. They still need to be rinsed every so often and looked after properly, but they’re more convenient to use overall and offer a non-stick solution for your intensive yoga sessions too.

- The Numbers - Suga has been making recycled yoga mats for a little while now and has already had a huge impact on the environment. Old wetsuits are constantly being sourced, collected, and recycled by Suga. In total, over 12,500 wetsuits have been collected, resulting in over 32 tons of neoprene being reused rather than ending up in landfills. As we can clearly see, Suga is making a big impact, and its influence is growing every single day as more mats are made and more plastic is prevented from harming the world.

- Compatible with your Lifestyle - The name Suga comes from the combination of ‘Surf’ and ‘Yoga’. Both surfers and yoga practitioners have a special relationship with the world around them. They like to feel connected to nature in deep ways, harnessing the powers and energies of Mother Nature to improve and enhance their own physical, mental, and spiritual well-being. These people typically care a lot about the planet, but the wetsuits and mats they have to use are often not very eco-friendly. Suga mats, however, are letting yoga lovers finally work with a piece of equipment that matches their values.

- Options - Suga makes and sells a variety of recycled yoga mats to suit all purposes. The standard Sugamat is a great option for home use or taking along with you to the local park, but the Suga Travel Yoga Mat is even more portable and convenient for vacations and trips away. There's also the Sugamat C2G (Cradle to Grave) option, which is designed to last you an entire lifetime and be the best yoga mat you ever used. If it ever does get damaged or need replacing, Suga will provide you with another totally for free.

Suga is doing inspirational work, taking a product - wetsuits - that is used and loved all over the world but also has harmful environmental effects when no longer needed, and turning into something equally useful and beloved by so many people. Setting a super example for other companies to follow and making a real difference to the world around us, Suga recycled yoga mats are an essential item that every yoga enthusiast needs to have at home. website