How Far is San Diego from San Francisco: Driving, By Plane, Train or Bus 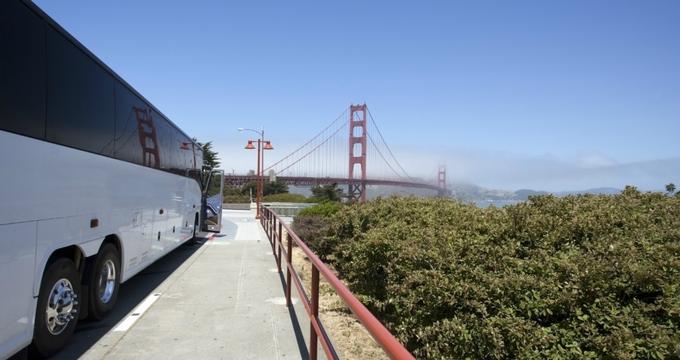 San Francisco, the largest city in Northern California, is some 500 miles away from the state’s southernmost city, San Diego. The area between the two cities is where the most of California’s population resides. On the way from one city to the other, you have to go past several large settlements, most notably, the second-largest city in the United States, Los Angeles.


1.Getting from San Diego to San Francisco (and Vice Versa) 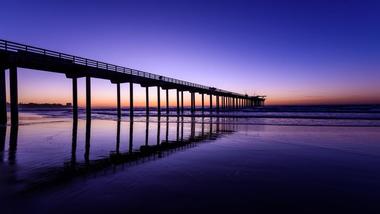 Elon Musk plans to construct the so-called Hyperloop, a transportation system that would enable the passengers to get from one city to the other in just over half an hour. But, before that happens, you will have to use more-conventional means of transport to get from San Diego to San Francisco and vice versa. Here are some of them: 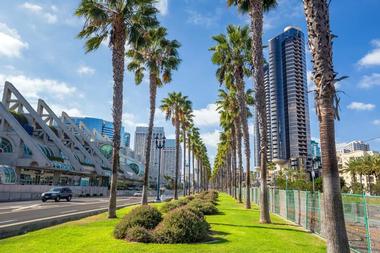 Flying is the quickest way to travel between these two cities. The flight time is about an hour and a half, and even when you count in the time needed for check-in, this is still the fastest method. Another good thing about it is that there are dozens of flights every day. In fact, there’s a flight on every hour or so, which isn’t a surprise considering that several airlines operate that route. Of course, different companies have different prices.

If you want to save some money, Southwest Airlines is the right airline for you. A one-way ticket costs about $100, but this airline does not charge any additional fees, not even the baggage fee. In order to book a ticket, you will have to go to their official website, which is southwest.com. This is because Southwest Airlines usually does not take part in fare searches of other websites.

Surely, this doesn’t mean that you shouldn’t compare it with other airlines on sites like TripAdvisor, SkyScanner, CheapFlights, and so on. The airlines that operate between these two cities include the aforementioned Southwest Airlines, as well as many other companies, like Virgin America, Alaska Airlines, and United.

The code for the San Francisco International airport is SFO, while SAN stands for the San Diego International airport. Sometimes, a much more affordable option is not to use SFO and SAN, but airports nearby. There are 7 airports in the San Diego area, so it might be wise to check whether some of them have direct flights to one of the airports in the San Francisco Bay Area. 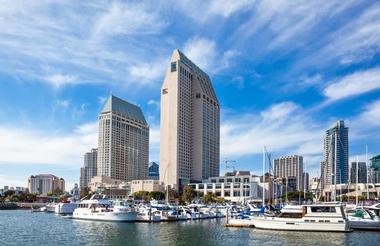 If you decide to go from San Diego to San Francisco by car, you will have to drive accords two-thirds of the whole state. If you take the US Interstate 5 highway, you’ll have to go through Los Angeles, passing a number of famous sights along the way, like the LA Zoo and Dodger Stadium, for instance.

Surely, it might seem like an interesting adventure, but if you’re in a hurry, flying is a much better option. According to Google Maps, you would need almost 8 hours to reach your destination. The speed limit on California highways is 70 mph, so Google’s estimates seem correct.

Flying is a much faster method to travel between these two cities, but driving is cheaper. Considering that the average consumption of US cars is about 25 mpg, it means that you would need to spend less than $70 to cover the 500-mile distance.

Of course, this is only true if you’re going with your own car. If you decide to rent a car, your expenses will get much, much higher. If you take a look at the offer or rent-a-car companies like Hertz, Thrifty, or Budget, you will see that a two-week rental period costs about $1,200. Surely, you can find some places that charge less, like Fox Rent a Car, for example. The problem is that such companies have very bad reviews on sites like TripAdvisor. 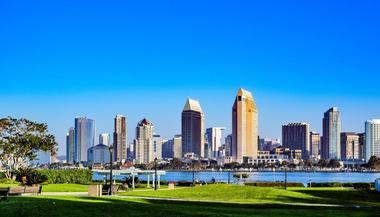 If you believe Google, it will take you about 11h 30m to get from Santa Fe Depot (or America Plaza Station) in San Diego to San Francisco Bus Station on Folsom Street. However, it seems that Google’s estimates are not 100% correct. If you take a look at the official timetable of Greyhound, or any other bus company as a matter of fact, you will see that the trips between these two cities usually last over 12 hours.

On the bright side, going by bus costs much less than going by car of flying. In fact, a one-way ticket costs about 80 dollars on average. Some companies, like Greyhound, for example, offer better deals for those who decide to book a return ticket. The price for it can be as low as $100. Other bus companies worth checking out include MTS (Metropolitan Transit System) and GotoBus.

There are also some companies that use mini-buses or vans to take the passengers between these two destinations. Usually, the price is similar to the price of a regular bus ticket, but the advantage is that some of these services offer door-to-door transport. The bad news is that many of them don’t have a strict driving schedule. What this means is that they won’t go until there’s enough passengers. 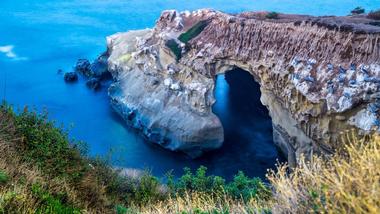 
Going by an Amtrak train takes a little bit longer than going by bus, but it does come with a few advantages. First of all, you must agree that train is much more comfortable than a bus, something that can be mean a lot when traveling for more than 12 hours. You can walk around the train, sit in the restaurant, etc. When it comes to the price, a one-way ticket from San Diego to San Francisco costs just over 70 dollars.

The problem is that you will have to switch through several trains to reach your destination. If your starting location is San Diego, you will first have to get to LA. To get there, you might go with the Pacific Surfliner, the line that goes along the Pacific coast. Coast Starlight is Amtrak’s train service that will then take you from Los Angeles to San Francisco.


How Far is San Diego from San Francisco: Driving, By Plane, Train or Bus