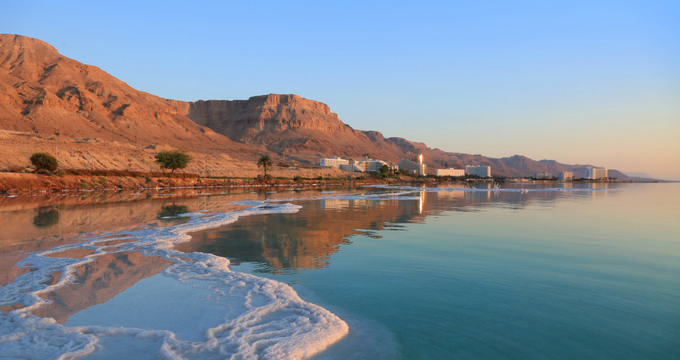 The Dead Sea is a large salt lake with Jordan on its eastern side and Israel to the west. It's a popular tourist attraction and has a rich history and many unique features. The Dead Sea has a maximum length of 31 miles (50 km) and a maximum width of 9.3 miles (15 km). It has a surface area of 234 square miles and an average depth of 653 feet (199 m), with 84 miles (135 km) of shoreline. The primary tributary of the Dead Sea is the Jordan River. CDC information for travelers. Hours/availability may have changed. 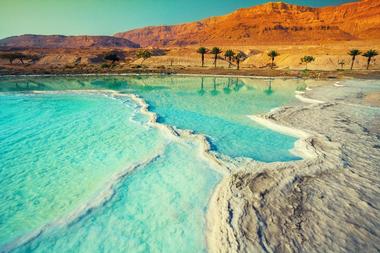 The Dead Sea has a maximum depth of 978 feet (304 m), making it the deepest lake of its kind on Earth. It's extremely salty, with a salinity most recently measured at 34.2%, making it one of the saltiest bodies of water anywhere in the world. The name 'Dead Sea' comes from the fact that, due to this intense salinity, no plants or animals can survive in the area. The salinity of the water also results in it being extremely dense and allowing people to actually simply float across its surface, rather than needing to use their arms and legs to swim and stay afloat.

The Dead Sea has been an iconic landmark for many years, even being used as the first ever health resort in the world at the time of King Herod, over 2,000 years ago, and is still one of the most popular touristic hotspots in the region. The salt and minerals of the Dead Sea have been used in the creation of many different products over the years, including cosmetics, but the Dead Sea is currently in a moment of crisis at is has been receding very quickly in recent years and renewed efforts are required to refill it. 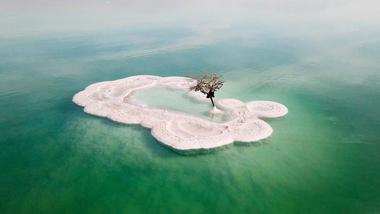 Elevation is an important geographical term that refers to the height of a location in relation to sea level. It is most commonly measured in feet or meters and used for key locations around the globe like towns, cities, mountains, and more. Elevation has a variety of uses and effects, and most points of elevation around Earth are above sea level, but some rare locations are technically below sea level. The Dead Sea is one of those rare cases, and is actually the lowest point on the planet, several hundred feet lower than the next lowest point.

You are reading "Dead Sea Elevation" Back to Top

3.Climate of the Dead Sea 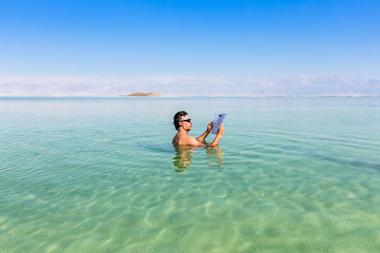 The Dead Sea's extremely low elevation plays a part in its climate, which features almost constant sunshine and dry conditions. Temperatures at the Dead Sea can often exceed 100°F (38°C) in the hottest months of the year. July is the hottest month of all, with average highs of 104°F (40°C) and lows of 85°F (30°C). The coldest month of the year is January, which has average highs of 69°F (20°C) and average lows of 55°F (5°C). The waters of the Dead Sea are actually warmer than the land temperatures during the winter months, and the area sees just 1.65 inches of rain per year with an average of 15 days of precipitation and humidity ratings ranging from 20 to 40%.

You are reading "Dead Sea Elevation" Back to Top

You are reading "Dead Sea Elevation " Back to Top