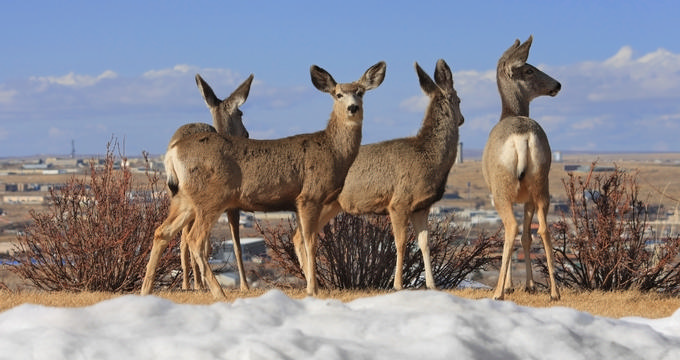 The county seat of Natrona County, Casper is the second biggest city in the state of Wyoming, second only to Cheyenne in terms of population. Casper has earned the nicknamed of 'The Oil City' due to its prosperous oil industry and is located in the central part of Wyoming. It covers an area of 15.4 square miles and has an estimated population of around 59,000 people, with over 81,000 in the surrounding metropolitan area. The beginnings of Casper began with the construction of Fort Caspar, an army post that was named after an officer called Caspar Collins who was killed in combat with Native Americans. CDC information for travelers. Hours/availability may have changed.

Fort Caspar was built in the mid-19th century and abandoned in 1867. It has since been restored and is now the site of a museum. Several years after Fort Caspar was abandoned, the town of Casper was founded just a short distance east of where it had been. The town's founders actually predicted where the Wyoming Central Railway might pass and decided to create the town on an expected stopping point. The town's name was entered as 'Casper' rather than 'Caspar' while being registered; this was actually a mistake, but the error was never fixed and the slightly different spelling has stuck.

The presence of the railroad in town helped Casper to grow and thrive in the years that followed. The city is still relatively small when compared to other locations around the United States, but is a big location for the state of Wyoming and the presence of the nearby Salt Creek Oil Field in 1889 was a huge boost to the city's development. Nowadays, only one oil refinery can be found at Casper, but coal and uranium deposits nearby have allowed the city's energy industry to continue.

Elevation is a very important geographical statistics that lets us know how high or low an area is in relation to the mean sea level of Earth. This statistic is often presented in the form of feet or meters and has a number of practical uses for things like architecture, town planning, weather prediction, and more. The elevation of Casper is 5,150 feet (1,560 m), which is much higher than many other big cities all around the United States.

The national average elevation is 2,500 feet (760 m), so Casper's elevation is over twice as high as this. The high elevation of the city of Casper is due to its location in Wyoming, which is a highly elevated state in general, and its proximity to the Laramie Mountain Range. One of the key points near the city is Casper Mountain, which has an elevation of 8,130 feet (2,480 m) and is around 3,000 feet (914 m) higher than the city itself. The mean elevation of Wyoming is actually the second highest in the United States at 6,700 feet (2,040 m), trailing Colorado by just 100 feet (30 m).

3.Climate and Things to Do in Casper, WY 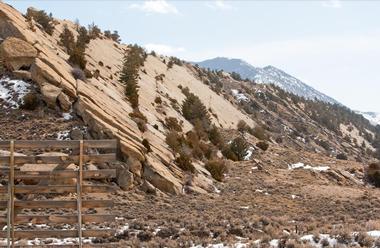 The city of Casper has a semi-arid climate which is typical of many locations all around the state of Wyoming. This type of climate results in long, cold winters and hot, dry summers. The city doesn't have much rainfall, with around 12 inches falling per year, but can see a lot of snow. 76 inches of snow are recorded on average in Casper per year, with most of this snow falling from November through to March. The coldest month of the year is January, while July can see highs of 88°F (31°C).

Casper isn't regarded as a prime tourist zone but does still have plenty to offer to visitors of all ages and backgrounds. The city is home to a host of different museums including the Fort Caspar Museum, which explains a lot about the history of the town and the original Fort Caspar, as well as the Tate Geological Museum, Werner Wildlife Museum, Nicolaysen Art Museum, and Wyoming Veterans Memorial Museum. The city is also home to a lot of live shows at three different theater locations and is well-known for its Troopers drum and bugle corps, which perform free shows through the summer.