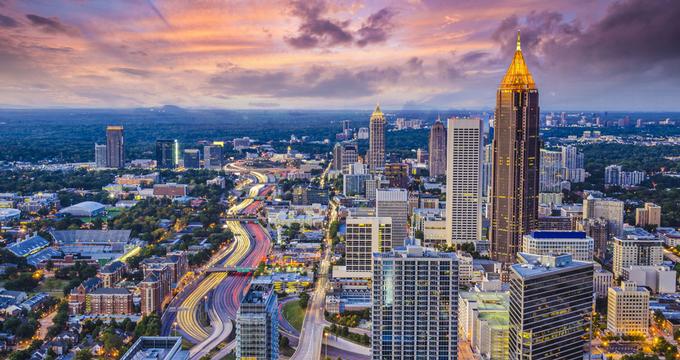 Atlanta has four seasons, yet it is known for its mild climate. Many people choose to visit Atlanta from late May to August because this is the best time to visit Atlanta if you want to experience numerous outdoor activities and many music concerts. It can be quite hot in the summer, so spring and fall are also good times to visit Atlanta. Not only are temperatures cooler, but room rates are slightly lower.

If you are looking for even lower room rates and winter activities, try visiting Atlanta during the winter. Atlanta gets very little snow, so many people enjoy the biking and hiking trails, tennis, and golf. January is the coldest month in the year at Atlanta. Average high temperatures peak at 51°F (8°C) while average low temperatures in the city drop to 35°F (2°C). January also has the least amount of sunshine out of the entire year with Atlanta expecting about 154 hours of sunshine on average. Snow is rare in Atlanta but icy conditions can be expected.

Atlanta Weather in March: The temperatures in March continue to climb steadily as the seasons transition and spring sets in. High temperatures of 62°F (17°C) can be expected coupled with the high precipitation levels in the entire year. Average rainfall to be expected is 5 inches (136 mm).

In May, Atlanta’s spring weather hits its maximum of 79°F (21°C). May also happens to be the month with the most hours of sunshine in the year with a 309 hour average. Average low temperature is 60°F (16°C).

Atlanta Weather in June: The summer months kick off in June as high temperatures jump to 86°F (20°C). Despite being one of the warmer months in the year, this is a great time to head outdoors and enjoy a picnic in a shaded part of the park.

July is the hottest month in the year at Atlanta. Average high temperatures top the yearly charts at 87°F (31°C). Low temperatures are 70°F (21°C) on average.

Atlanta Weather in August: While temperatures go down in August, average high and low temperatures will typically only decrease by a single degree.

In October, the temperatures begin a steep decline as fall begins. Typically temperatures will range between a high of 72°F (22°C) and a low of 54°F (12°C). The foliage in Atlanta begins to turn beautiful hues of brown and red during this time. October is always the month with the least amount of rainfall.

Atlanta Weather in December: As the second coldest month of the year, average low temperatures in December for Atlanta will drop to 37°F (3°C). High temperatures generally peak at 52°F (11°C).

The best time in the year to visit Georgia for great deals on hotels and other attractions is November through February. To enjoy the best of Georgia’s concerts and outdoor entertainment, visit from May through August. For those who desire to capitalize on hiking opportunities in Georgia, the ideal time to drive through would be the fall months of October and November. 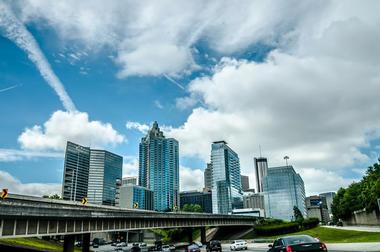 The Hartsfield-Jackson Atlanta International Airport is the largest and busiest airport in the world. It is served by all of the major national and international airlines; it connects passengers to nearly 200 cities in the U.S.; and approximately 78 million people pass through this airport every day.

For people who enjoy train travel, Amtrak has a service that runs from New York with stops in Philadelphia, Washington, D.C., and other cities. Driving into Atlanta is easy as there are three major interstate roads that converge in the city: I-20, I-75, and I-85. Greyhound connects Atlanta with cities all across the country.

Read more: 23 Best Things to Do in Atlanta.

3.Getting From the Atlanta Airport

The Hartsfield-Jackson Atlanta International Airport is located about 10 miles from downtown Atlanta. There are quite a few ways to get into the city from the airport. There are over ten car rental agencies at the airport.

Limousine service is another option: there are an unbelievable 200 limousine companies that serve the airport! Taxis charge a set fare between the airport and downtown and by meter to places outside the business district. The Metropolitan Atlanta Rapid Transit Authority (MARTA) operates a convenient way to get to and from the airport. Their trains are fast, inexpensive, and there is a station inside the airport.

There are two tourist centers in Atlanta and they are operated by the Atlanta Convention and Visitors Bureau (ACVB). The first ACVB Visitor Center is conveniently located at the Hartsfield-Jackson Atlanta International Airport. 
Using the Metropolitan Atlanta Rapid Transit Authority, known as MARTA, is by far the best way to get around Atlanta. It is Atlanta’s public transportation system and it covers the city as well as the suburbs with trains and buses. There are four subway lines that intersect at one point: this is called the Five Points Station.

There are 91 bus lines that travel more than 1,000 miles in and around Atlanta. There is a flat fee for each single trip on both the trains and the buses. MARTA also offers the Breeze Card which makes using the system very easy as well as saving money.

Next read: Atlanta to Savannah

6.Getting Around Atlanta - Other


Many people use the Metropolitan Atlanta Rapid Transit Authority (MARTA) to get around Atlanta because it is convenient. Driving in Atlanta can be very challenging, so visitors usually only rent a car if they want to travel beyond MARTA’s range. There is often bad traffic congestion; there is not enough parking; locals are known for having a hectic driving style; and parking at hotels is expensive.

Using a taxi downtown is an option, but fares go up significantly if you travel outside the business district. Atlanta can be explored on foot or by bicycle. Neighborhoods are fun to explore and the Atlanta BeltLine features trails that connect these neighborhoods.

Atlanta is a big city and it is known for its huge variety of restaurants and cafes. There are fancy restaurants, fun diners, vegetarian restaurants, and upscale cafes. Atlanta offers traditional South cuisine including plantation dishes, coastal and mountain dishes, and Cajun and creole dishes.

There are also plenty of eateries that serve ethnic dishes including Asian, Indian, and even Ethiopian. Some of the ethnic restaurants include The Iberian Pig (Spanish), Miso Izakaya (Japanese), and Hankoook Taqueria (which serves not only Korean food but also Mexican fare). Other popular food choices include street vendor food, gourmet burgers, and farm-to-table food.

Atlanta is well-known for its fantastic shopping. People come from all over the Southeast to shop in Atlanta. There is a big variety of places to shop here, like chic New York-style boutiques, shopping malls, outlet shops, and specialty shops. Huge department stores abound as well as flea markets with tons of antiques and collectibles.

There are several permanent flea markets, but many people enjoy the excitement of the monthly flea markets. The Virginia-Highland area is a fun place to wander around and browse. There are independently operated bookstores as well as national chains. The Morningside Farmers’ Market offers plenty of fresh produce, flowers, and more.

Atlanta is divided in numerous districts and neighborhoods, so it can be a little confusing for visitors as well as for locals! Some neighborhoods are only a block or two long, but they have their own names and their own distinctive characters.

Downtown Atlanta is also known as the Historic Business District, and here there are tours, shops and restaurants, and sports and fun. Midtown Atlanta is known as the “Heart of the Arts,” and it is full of theaters and art centers. Just north of Midtown is an area called Buckhead. This neighborhood has been known as one of the most fashionable areas in Atlanta for many years.

10.Getting Married in Atlanta 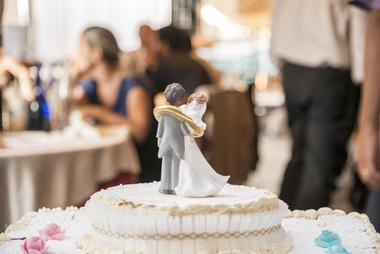 Atlanta is a popular place for weddings. A marriage license can be obtained at the Downtown Courthouse, the North Service Center, or the South Service Center. Hotels are always a good choice and Atlanta has many elegant hotels. Some of these include the Westin Atlanta Perimeter North, the Hyatt Regency Atlanta, and the Georgia Tech Hotel.

The Barn at High Point Farms is an interesting wedding venue with an authentic barn and an old farmhouse. Another choice is the historic Georgia Freight Depot built in 1836 and located in downtown Atlanta. The Atlanta Botanical Garden provides a panoramic view of Atlanta’s skyline and is full of beds of fragrant flowers.

11.Where to Stay in Atlanta With so many choices for accommodations in this large city, making a decision for where to stay can be overwhelming: there are more than 94,000 rooms in Atlanta from which to choose! Some of these are downtown close to the Atlantic Civic Center, the Georgia World Congress Center, and the Philips Arena.

There are also plenty of hotels near the airport, and in the area called Buckhead. Luxury hotels include properties such as the Four Seasons Hotel, the InterContinental Buckhead, and the Mandarin Oriental Atlanta. But there are also many affordable hotels and Bed and Breakfasts like the Artmore Hotel and the Garden House Bed and Breakfast.

Raleigh to Charlotte Distance: Driving, By Plane, Train or Bus