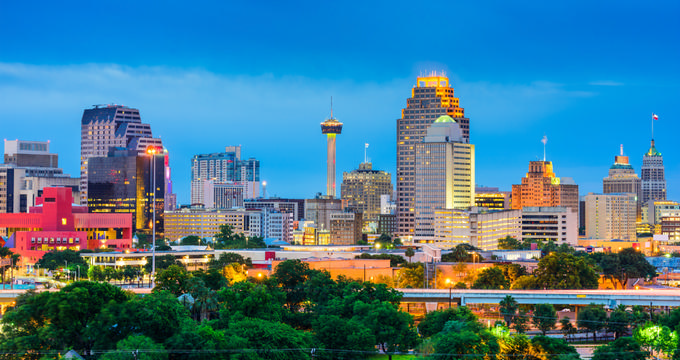 Located in the southern part of Texas, the city of San Antonio is one of the biggest cities in the state and the nation. It's the seventh most populated city in the United States and has the second biggest population in Texas, trailing just behind Houston. San Antonio is one of the fastest-growing cities in the United States and covers an area of over 465 square miles. The city has a population of more than 1.5 million people, with over 2.4 million in the surrounding metropolitan area. 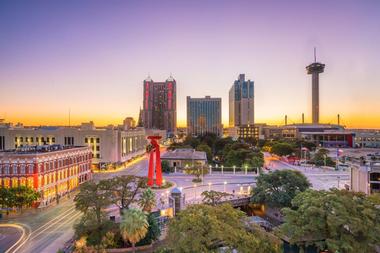 San Antonio was founded as a Spanish mission back in 1718 and became the first chartered settlement of Texas in 1731, meaning it is the oldest city in the state. The city was named after Saint Anthony of Padua, a Portuguese priest, and is well-known for being home to multiple missions and historic sites. San Antonio played a big role in the Texas Revolution and Mexican-American War, but managed to rebuild and grow in the wake of these major conflicts.

In the modern era, San Antonio is a key location for the United States Armed Forces, San Antonio is home to several army installations like Fort Sam Houston and Lackland Air Force Base. The city is also a highly popular touristic location, boasting major sites and attractions like the Alamo, the Cathedral of San Fernando, the San Antonio Riverwalk, Marriage Island, Six Flags, and the highly successful San Antonio Spurs NBA team. 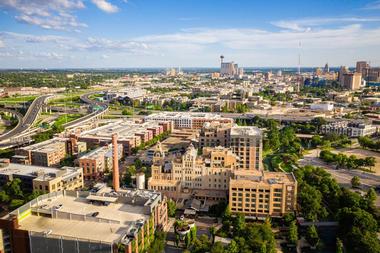 The elevation of any town, city, mountain, or other area is the term given to denote how high the location is in relation to sea level. The elevation of San Antonio is 650 feet (198 m), which is relatively low, but still higher than many other big cities around the United States like Los Angeles and New York City. Most of the nation's biggest cities were founded in coastal areas, resulting in relatively low elevations of around 500 feet (152 m) or less. San Antonio isn't too far from the coast, but is still some distance inland, resulting in its elevation.

So how does the elevation of San Antonio compare with the rest of the state of Texas? In terms of rankings, Texas is neither the highest nor the lowest state in America. It has a wide range of terrains and landscapes, with some mountainous areas but a lot of low-lying coastlines too, resulting in a mean elevation of 1,700 feet (520 m). The city of San Antonio therefore has an elevation much lower than the state average, but the average for Texas is boosted up by the presence of various mountain ranges in the inland sections of the state.

3.Climate and Things to Do in San Antonio 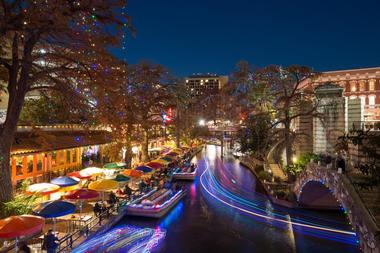 The city of San Antonio has a transitional humid subtropical climate with long, hot, humid summers and relatively mild winters. Temperatures rarely drop below freezing point, even at the coldest periods of the year, and snow is quite rare in San Antonio. The hottest month of the year is August, with average highs of 96°F (36°C) and lows of 75°F (24°C), while the coldest month of the year is January, which has average high temperatures of 63°F (17°C) and average daily lows of 41°F (5°C). San Antonio’s relatively low elevation helps the city enjoy these mild winter temperatures.

As one of the biggest cities in Texas, San Antonio is a popular place to live and visit, with plenty of attractions and monuments. Some of the most historic sites around the city include the Alamo Mission and San Antonio Missions. The San Antonio River Walk is also a must-visit location and one of the liveliest spots in the city, especially in the evenings, with a lot of eateries and stores. The city is also a great place for animal lovers, with SeaWorld and the hugely popular San Antonio Zoo. Various museums, galleries, theaters, cathedrals, art centers, and more can also be found in and around San Antonio.