By VacationIdea Staff on November 7, 2022 - Updated 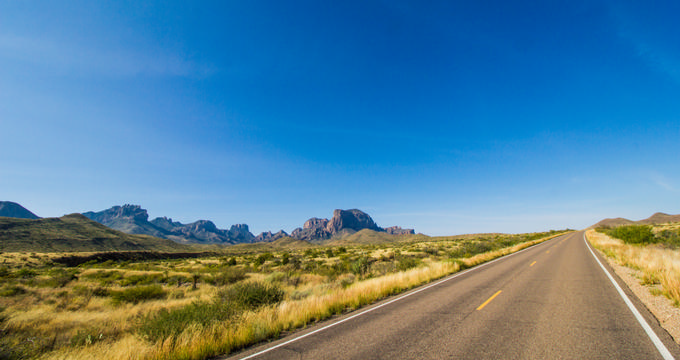 Texas boasts some of the most spectacular scenery in America, so it should come as no surprise that the state is also home to some incredible national parks, trails, and monuments. Ranging from fascinating monuments steeped in history to remote, mountainous parks with plenty of hiking opportunities, here are the best parks in the state. 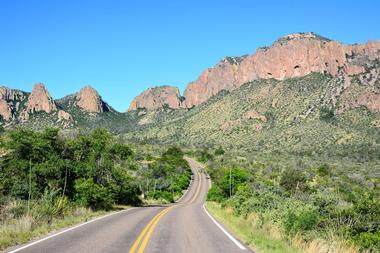 Despite being one of the country's largest and most beautiful national parks, Big Bend National Park is also one of the least visited. It encompasses more than 1200 square miles and stretches across a wide variety of terrain, including the Chisos mountain range, part of the Chihuahuan Desert, and the watery Rio Grande. Most areas of the park can only be accessed on foot; there are more than 150 miles of hiking trails to choose from, ranging in difficulty from easy to very strenuous. Because of the park's isolated location and large size, visitors are advised to spend at least one night in the area. 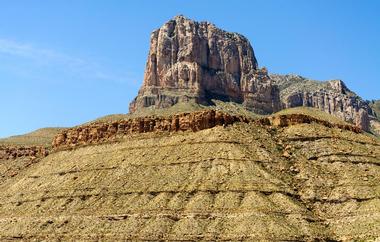 Located in the Chihuahuan Desert, Guadalupe Mountains National Park holds the honor of being home to the four tallest mountains in Texas, including the famous Guadalupe Peak. Hiking Guadalupe Peak is by far the most popular activity with visitors; the hike takes between six and eight hours round-trip, and there are excellent views of the park to be had from the top of the mountain. Other popular activities in the park include camping, bird watching, and visiting the beautiful McKittrick Canyon. The park is best explored on foot or by horseback, although there are some roads that are accessible by four-wheel-drive vehicles. 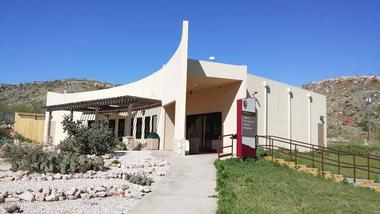 Tucked away in a remote area of the Texas Panhandle, the Alibates Flint Quarries National Monument was formerly an important source of flint for the indigenous population. The monument itself can only be viewed as part of a ranger-led guided tour; the tour takes approximately hours, and it involves a moderately difficult one-mile hike with a large number of stairs. Tours only take place during the summer months, and reservations are advised. However, the park's Visitor Center is open year-round, and it offers museum visits, flintknapping presentations, and a short film about the monument's history. 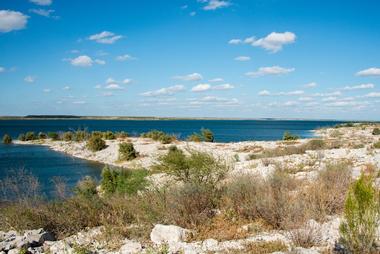 Encompassing a beautiful swathe of land around the Amistad Reservoir, a dam on the Rio Grande, the Amistad National Recreation Area is an excellent destination for outdoor recreation no matter what the time of year. The park is best-known as a water sports destination; the reservoir is perfect for boating, swimming, and fishing, and it's also home to an extensive system of underwater caves that can be explored by experienced scuba divers. Unlike many other national parks, the park also offers the opportunity to hunt during certain times of the year. There are also five campgrounds in the park, all of which are open year-round. 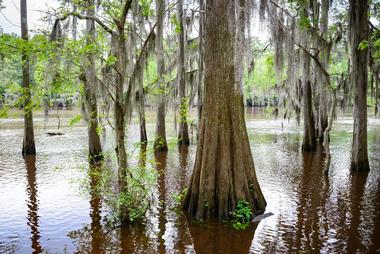 
Also a UNESCO Biosphere Reserve, Big Thicket National Preserve was created to help protect the incredible biodiversity of southeastern Texas. The park consists of fifteen separate units, and it's notable for encompassing nine distinct ecosystems, including peaceful pine forests, blackwater swamps, and watery bayous. There are approximately 40 miles of hiking trails for visitors to enjoy; these trails range in length from a third of a mile to eighteen miles, and some are handicap accessible. Other popular activities in the park include canoeing and kayaking down the many creeks and rivers, backcountry camping, and hunting and trapping. 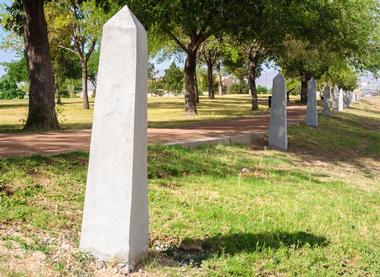 
Situated right next to the border between the United States and Mexico, the Chamizal National Memorial was established in honor of a 1963 treaty that served as the resolution to a border dispute between the two countries. An on-site museum has displays about the treaty and about other important historical aspects of U.S.-Mexico relations, and free ranger-led walking tours of the grounds are offered on a regular basis. Other amenities in the park include walking trails, picnic areas with tables, a gift shop, an art gallery, and a theater that often hosts live music performances and cultural events. 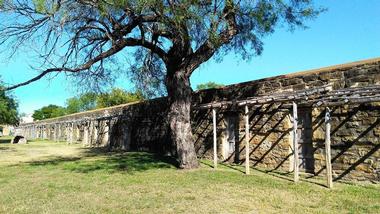 Formerly an important 18th-century thoroughfare created by the Spanish colonists, El Camino Real de los Tejas is a National Historic Trail that stretches across Texas for 2,580 miles from the Mexican border all the way into Louisiana. There are plenty of fascinating things to see and do along the trail, many of which can be reached by car. Highlights include a Spanish mission offering interpretive tours, a former Governor's Palace, and a scenic lookout point. Hours of operation vary from site to site. No admission fee is charged to explore the sale, but some individual attractions require payment. 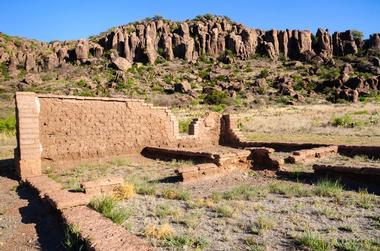 The Fort Davis National Historic Site was previously one of the most important military posts in western Texas, and now it's a fascinating reminder of the key role the military played in the settlement of the West. There are several buildings for visitors to explore, including a a barracks, a hospital, and a commissary, and there is also a short but steep trail that leads to a lookout point over the entire complex. A special ranger's program is offered for children between the ages of 4 and 14; the program takes between 90 minutes and 2 hours to complete, and adult supervision is required. 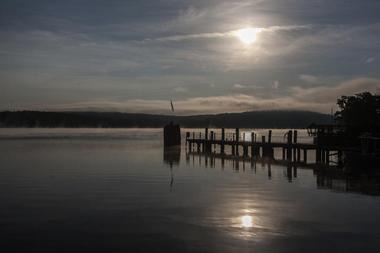 Centered around a 10,000-acre man-made reservoir, the Lake Meredith National Recreation Area is a popular destination for boating, fishing, and water sports like wake boarding and water skiing. Boats are available for rent in the park if needed, and there are several boat ramps for visitors to use free of charge. There are also a handful of hiking trails, some of which boast stunning views of the lake and the surrounding area. Camping is allowed anywhere in the park for up to fourteen consecutive days, but fires are only permitted at the park's designated campgrounds. 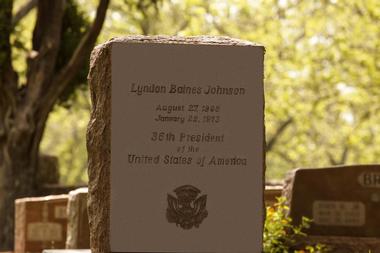 Created in honor of the 36th President of the United States, the Lyndon B Johnson National Historic Park offers some fascinating insight into the life of one of the country's most important historical figures. Visitors can explore the property in their own cars; a driving permit can be obtained from the Visitor Center free of charge. A highlight of the experience is stopping at the Texas White House for a special ranger-led tour, but other features of the property include the former president's boyhood home, a settlement that was established by his grandfather and great-uncle, and the Johnson family cemetery. 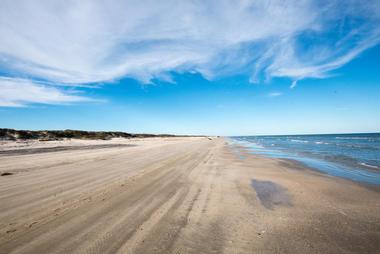 Separating the Gulf of Mexico from Laguna Madre, one of the world's only hypersaline lagoons, Padre Island National Seashore is a 70-mile-long stretch of undeveloped barrier island that serves as a nature preserve and a recreation destination. Popular activities here include canoeing and kayaking, fishing, camping, and simply strolling along the beach. The area is an important sea turtle nesting ground, and in the summer months visitors will have the opportunity to watch baby sea turtles be released into the wild. The park is also home to more than 380 species of bird, making it a popular destination for birdwatching enthusiasts. 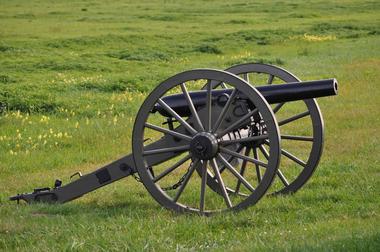 Located just outside the city of Brownsville, the Palo Alto Battlefield National Historical Park was established to preserve the site of an important battle between American and Mexican troops in 1846. Plenty of information about the battle and about the Mexican War in general can be found in the Visitor Center, which offers interactive exhibits, a collection of historical artifacts and military uniforms, and the opportunity to watch a short film. The park is open year-round, but the best time to visit is between December and March, as this is when special guided programs are offered.

13.Nature Parks Near Me: Rio Grande Wild and Scenic River 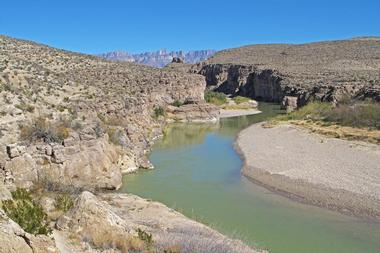 The Rio Grande stretches for 1,865 miles between Colorado and the Gulf of Mexico, and the Rio Grande Wild and Scenic River is a park that protects a 191-mile stretch of the Rio Grande where it runs through Texas along the Mexican border. This stretch of the river is perfectly suited to float trips; there are three canyons to choose from, with both single and multi-day trip options. Visitors who don't have their own equipment can rent it from a local company or take a guided trip, which should include all equipment, transportation, and food. 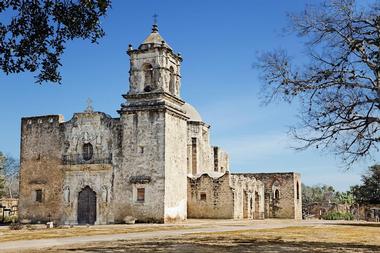