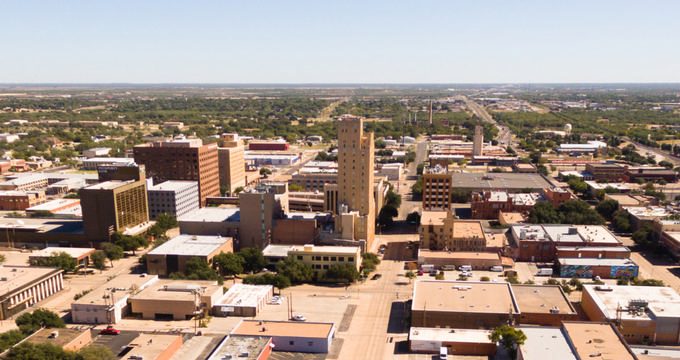 The county seat of Lubbock County, Lubbock is a large city located in the northern part of the state of Texas. The city is nicknamed 'Hub City' due to its status as a key healthcare, educational, and commercial hub for the South Plains area. Lubbock is the 11th most populous city in all of Texas, with an estimated population of over 250,000 people. Over 310,000 live in the surrounding metropolitan area and Lubbock covers an area of 123.6 square miles in total.

Lubbock began with the founding of Lubbock County in 1876. The area was named after a Texas Ranger called Thomas Saltus Lubbock, who was the brother of Francis Lubbock, who served as Governor of Texas during the American Civil War. A post office was constructed in the Yellow House Canyon area where Lubbock would soon be built, and the town was founded in 1890, merging together with another nearby town named Monterey to form one large community under the Lubbock name. The railroad arrived in Lubbock some years later and Texas Technological College, which later became Texas Tech University, was founded in the city in the 1920s.

Lubbock's economy had always had a big reliance on cotton. The city is actually the biggest cotton-growing region in the entire world and uses water from the Ogallala Aquifer to sustain its cotton growth. As well as cotton, the city is also known for its lively arts and culture scenes and annual live events, with a very popular Independence Day festival being held each year and many live music shows. The town was the birthplace of musical icon Buddy Holly and has its own 'Buddy Holly West Texas Walk of Fame' to honor local musicians.

Along with population and surface area, elevation is another important geographical statistic of any town or city. Elevation refers to the height of a location in relation to sea level and is most commonly measured in feet or meters. Elevation can be useful in a variety of ways and has a strong influence on an area’s weather conditions. The climate of Lubbock, TX is 3,202 feet (976 m), which is much higher than many major towns and cities around the United States, especially those in coastal regions with elevations that are often lower than 500 feet (152 m).

The average elevation of the United States is 2,500 feet (760 m), so the elevation of Lubbock is higher than the national average. The state average in Texas is 1,700 feet (520 m), so once again, the elevation of Lubbock is a lot higher. Texas is a big state with a lot of different landscapes and terrain styles, resulting in a wide variety of elevations. The cities and areas down by the Gulf of Mexico coast tend to have lower elevations in general, while those areas that are further inland and around the Texas Panhandle area tend to be higher up.

3.Climate and Things to Do in Lubbock, TX 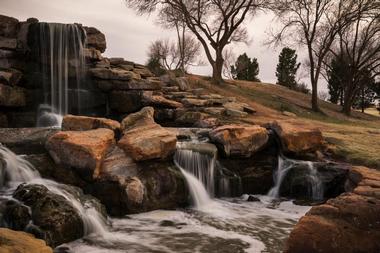 The city of Lubbock has a semi-arid or steppe climate, resulting in quite dry conditions with warm summers and cold winters. Temperatures can often exceed 90°F (32°C) in the summer months, with July being the hottest month of the year and having average highs of 93°F (34°C), while the temperatures can drop down below freezing point in the winter. January is the coldest month of the year and has lows of 26°F (-3°C).

Popular tourist attractions in Lubbock, TX include the Memorial Civic Center, the Joyland Amusement Park, National Ranching Heritage Center, Southwest Collection, Silent Wings Museum, and West Texas Walk of Fame. Many additional museums, art centers, and historic places can also be found all around Lubbock, and Texas Tech attracts a lot of students each year too.

12 Unique Things To Do in Dallas This Summer

20 Best Things to Do in Lubbock, Texas

25 Best Things to Do in Dallas (Texas)