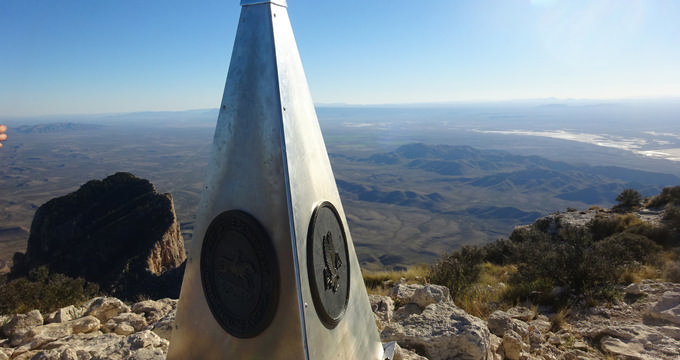 Located in the most westerly county of Texas, in close proximity to the borders with Mexico and New Mexico, the city of El Paso is one of the state's major cultural and commercial hubs. It's located on the Rio Grande and has a combined international metropolitan area with the Mexican city of Ciudad Juarez, housing over 2.7 million people in total and being the biggest bilingual and binational community in the entire Western Hemisphere. CDC information for travelers. Hours/availability may have changed. 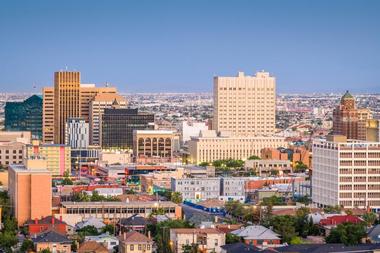 The city of El Paso covers an area of 256.3 square miles and has an estimated population of around 683,000 people, making it the 22nd most populous city in the United States. It also has a very rich history, with the area being home to mankind for over 10,000 years. Like many towns and cities in the area, El Paso was heavily involved in Spanish colonization and Mexican territorial claims. It was involved in the Texas Revolution and was part of New Mexico for a long time until being ceded to the United States in 1848.

The city is the perfect example of Tex-Mex culture, blending together both Mexican and American lifestyles and proving a very popular tourist spot. The city has been featured in many movies and TV shows over the years and played a big role in Texas culture. Home to many theaters, museums, and sites of interest, as well as being the host city of various annual events and festivals, El Paso is a lively and vibrant city that attracts over 2 million visitors a year. 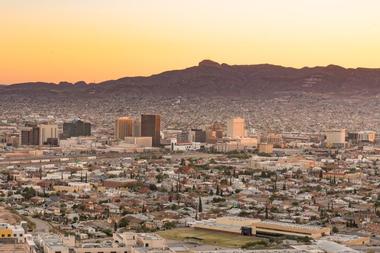 The elevation of a location tells us how high or low it is in relation to the mean sea level of Earth and is an important geographical statistic for town planning, weather prediction, and other uses. The elevation of El Paso is 3,740 feet (1,140 m), which is very high when compared to many other key locations around the United States, with most major cities being located in coastal regions with elevations of 500 feet (152 m) or less. The Franklin Mountains State Park is located inside El Paso, which contributes to the high mean elevation of the city itself. The highest point within El Paso's city limits is North Franklin Mountain, which has an elevation of 7,192 feet (2,192 m).

You are reading "El Paso Elevation" Back to Top

3.Climate and Things to Do in El Paso 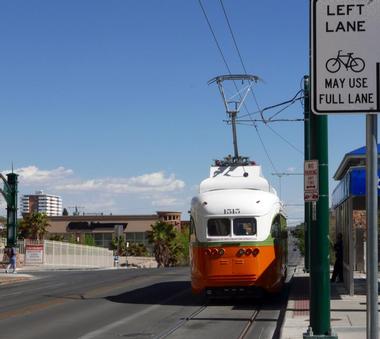 The city of El Paso actually has a transitional climate which varies between hot desert and cold desert. Summers in El Paso are generally very hot, with the area being affected by the North American Monsoon season and seeing most of its rainfall in July, August, and September. Winters in El Paso are quite cool and dry in general, with some light snowfall to be expected in the coldest months of the year, December and January. Daily mean temperatures in winter can be around 45°F (7°C) and rise all the way up to 83°F (28°C) in the middle of summer.

As a city with a lot of stories to tell, there are plenty of great historical sites and neighborhoods to be discovered and enjoyed around El Paso, especially in the downtown area. The city itself is filled with restaurants, bars, museums, galleries, sporting venues, live shows, and more to please all residents and visitors. Meanwhile, the Franklin Mountains provide the perfect getaway from city life, offering mountain biking, hiking, camping, climbing, and more.

You are reading "El Paso Elevation" Back to Top

You are reading "El Paso Elevation " Back to Top

4 Best Things to Do in Salado, TX

25 of the Most Beautiful Mountains in Texas

25 Best Things to Do in Waco, Texas

15 Most Fascinating Castles in Texas