8 Best Things to Do in Johnson City, Texas 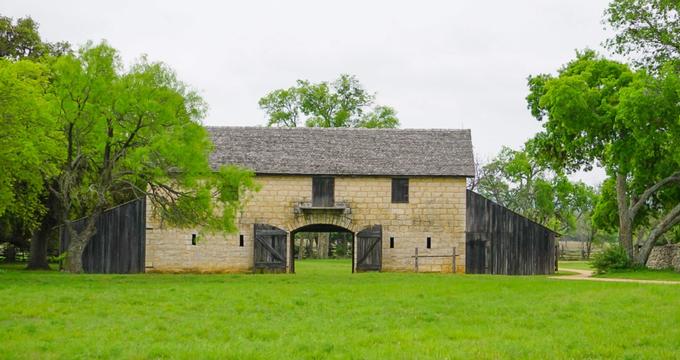 Johnson City is a small town of a thousand people, according to the 2000 census. It was established by the donation of 320 acres along the Pedernales River, from its namesake. James Polk Johnson was the uncle of Lyndon Baines Johnson, the 36th President of the USA. For many years the town was a ranch trader outpost and it wasn't until the 1930s that the town had access to any utilities. Tourism is the major income generator since the establishment of historical landmarks commemorating the President's boyhood, work and passing.

This park protects the heritage of the 36th President of the USA. It is divided into two sections, corresponding to sites associated with his earlier and later years. The area around Johnson City, named after LBJ's uncle, is where his boyhood home is situated. LBJ restored the home during his presidency and it was declared a National Historic Landmark while he was still in office. His grandparents' log cabin home and agricultural buildings are also in the park. Across the Pedernales river, about 14 miles away is his final resting place. Permits are required to enter the park for self-guided driving tours. 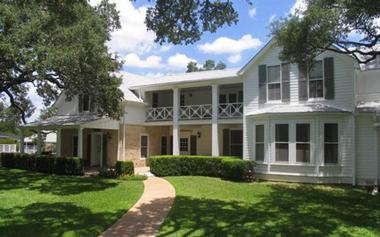 The LBJ Ranch House was built in 1894 and had been in his family from 1909. LBJ spent several school vacations at the big house on the river, helping his uncle with his cattle. In 1951 he was able to buy it when his aunt decided to sell. During his presidency, it became known as the Texas White House because much of his work was conducted there. Leaders from around the world would gather there and staff had regular barbecues and meetings on the lawn. The budget was drawn up there each December. LBJ donated it to the National Parks in the year before he died.

3.Things to Do in Johnson City, Texas: Exotic Resort Zoo 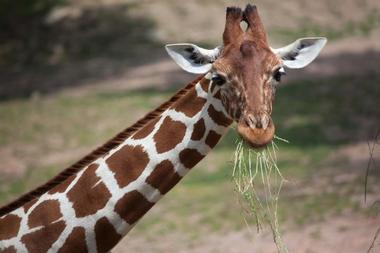 Dotty, a Canadian Elk, was the catalyst for starting what has now become the Exotic Resort Zoo. Dennis and Marilyn Bacque took her on a road trip and on returning home, started collecting other creatures from home and abroad. Realizing that they needed to finance the feeding of more than 100 animals, they decided to open their ranch to the public. First, they cleared roads, put up miles of fencing and built roads and ponds. Visitors can now drive in a safari wagon feeding eager camels, llamas and antelope, before entering the petting zoo. Accommodation is available in multi-story safari cabins.

, OH -- You are reading "8 Best Things to Do in Johnson City, Texas" Back to Top 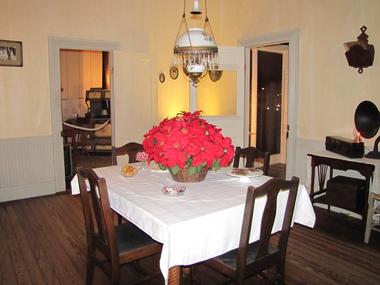 LBJ was five in 1913, when he moved to what would become his home for the next 24 years. His father was a state legislator and from the age of 10 LBJ accompanied his father on the campaign trail. His mother had a college degree which was unusual among her peers. Her passion was education and she taught elocution and debating, skills that LBJ would find useful in his chosen career. It was from the balcony of this house that he first announced that he would be running for political office. The house has been restored to reflect the 1920s, LBJ's teen years.

5.Things to Do in Johnson City, Texas: Science Mill The Science Mill is situated in the old field mill in historic downtown Johnson City. It seeks to depict science in everyday life and to stimulate interest in science as a career. Through interactive learning and hands-on exhibits children of all ages are educated while playing. The family-oriented destination has augmented and virtual reality experiments, giant robots, simulations, fossil digs and 3D theater, to name a few activities. For refreshments, the Lady Bird Lane Café offers light snacks and soft beverages. Day-trips, summer camps and traveling laboratories can be booked. The Science Mill is closed on Mondays and Tuesdays. 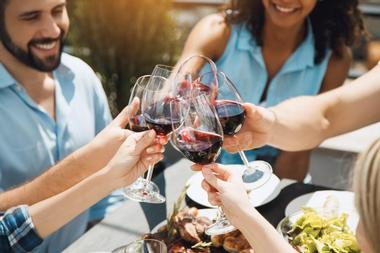 THCM is a non-profit organization that was established in 1999 to promote the wines and destinations of eight wineries. The membership has grown to more than 50 and there are flagship events organized by THCM throughout the year. The Wine and Wildflower, Passport Month and Christmas Wine Affair are examples. Participating members welcome visitors for tastings, meals and entertainment. There are opportunities to meet the owners, wine-makers and chefs. Throughout the year, THCM promotes events hosted by individual members. Education programs on growing grapes, wine-making and other wine-related businesses are scheduled through the year. Revenue generated from the programs goes toward a scholarship fund. 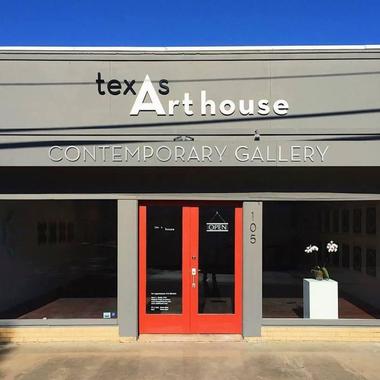 The aims of the Texas Art House are to promote contemporary visual art and to support the work of emerging and established local Texas Hill Country artists. It was started by a local artist, Mars Woodhill, but has recently changed hands. The current owner, Mark Smith, PhD, is a renowned academic and businessman, columnist and author, curator and judge, who has printed and marketed limited editions for artists throughout the USA and abroad. The establishment has a Main Gallery and project spaces. Solo, group and thematic exhibits are held throughout the year. The Texas Art House is open from Fridays to Sundays. Twenty acres of the 80 acre Flat Creek Estate are given over to vineyards and ten thousand bottles of wine are produced annually. There are several ways to enjoy the estate, all involving wine. Light meals go well with wine tasting and tours, or there is an option of a three-course meal with a taste of six different wines in the Wine and Food Hall. Outside, there is an 18-hole disc golf course with wine-and-disc or dine-and-disc options. The wine shop and the pro shop are situated in the Market Hall. The Port Room is available for private functions and the Vintners Quarters offers overnight accommodation.

, Michigan beaches -- "8 Best Things to Do in Johnson City, Texas for Locals & Tourists - Restaurants, Hotels" Back to Top

8 Best Things to Do in Johnson City, Texas

You are reading "8 Best Things to Do in Johnson City, Texas " Back to Top

25 Best Things to Do in New Braunfels, Texas