15 Best Things to Do in Brownsville, TX 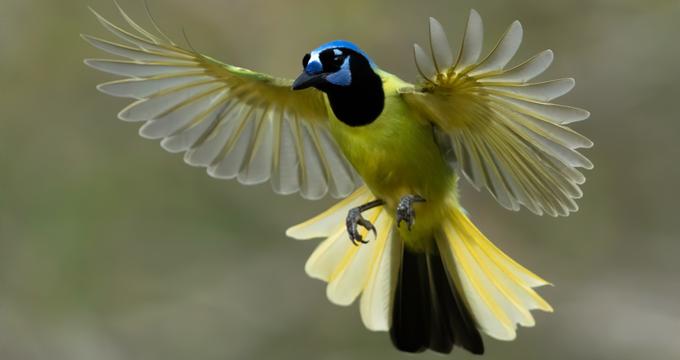 Once a Mexican War military post, Brownsville is now the largest town in the Rio Grande. It’s positioned at the southern tip of Texas, not far from the Mexican border and Gulf Coast. Because of its location, the Gulf Coast beaches are only 20-miles from town. With the warm weather, these beaches can be enjoyed year round. Brownsville has several historical and cultural sites, including Mexican-American War battlefields, military posts, as well as museums, and battlefield trails. Visitors can also experience musical theatre, a children’s museum, a museum of fine art, the zoo, nature trails, and authentic Mexican and Texas style restaurants. CDC information for travelers. Hours/availability may have changed.

Gladys Porter Zoo opened in 1971 as a zoological and botanical park. Earl C. Sams, who funded the zoo, named it after his daughter Gladys Porter. He had a passion for wildlife and wanted to bring a zoo to the town of Brownsville. Shortly after its opening, Mr. Sams gave the zoo to Brownsville. The zoo spreads over 31 acres, and maintains 400 animal species, including many endangered ones. At the zoo, there are more than 250 tropical and neo-tropical species. Year-round, the zoo offers study programs and classes for students in the first through twelfth grades. 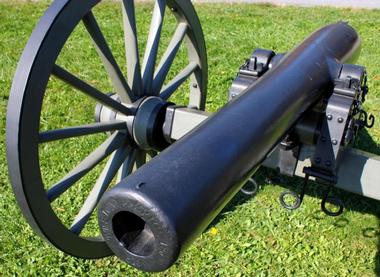 The Palo Alto Battlefield National Historical Park marks the site of the Battle of Palo Alto on May 8, 1846. It was this battle that led to the Mexican-American War. On this historical site, the battle and war is depicted from both perspectives: the United States and Mexico. The piece of the battlefield that is preserved by the National Park Service comprises 300 acres of land, which is where the Mexican forces were stationed during the battle. Today, visitors can learn about the Battle of Palo Alto by reading the Park’s exhibits, and watching a video titled “War on the Rio Grande.”

The Sabal Palm Sanctuary is a nature reserve that sits on 557-acres and grows many sabal palms, edible heart-bearing palms. It’s one of the only locations in the Rio Grande Valley that bears these palms. Not only is it a sabal palm sanctuary, but a bird sanctuary as well, making it an ideal location for birdwatching. Also, the location showcases the ecology of the region including neighboring states and northern Mexico. There are five miles of nature trails in the sanctuary that take visitors through the palm groves, past an oxbow lake and a butterfly garden. 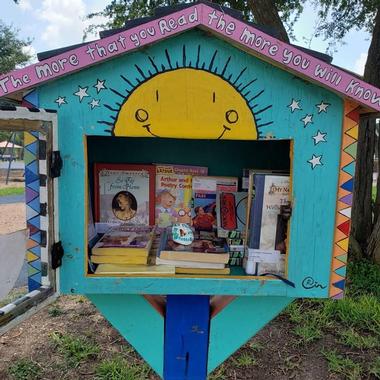 The Children’s Museum of Brownsville provides a hands-on learning and creative space for children. At the museum, there are interactive exhibits, special events and participation workshops. The learning opportunities offered here can compliment the education provided in school classrooms. Goals of the museum include strengthening children's imaginations, fostering cooperative play and interaction, and promoting creativity. The atmosphere and environment of the museum encourages parents to engage with their children while exploring and learning about the exhibits. Many of the activities at the Children’s Museum of Brownsville are geared towards children between the ages of one to eight. 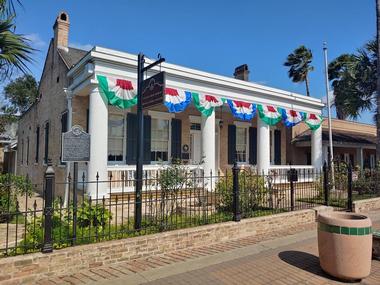 
The Stillman House Museum is dedicated to Charles Stillman, the man who selected the name for Brownsville. During the Mexican-American War, Stillman and some of his partners transported U.S. troops and supplies to Mexico's interior. After the war, Charles Stillman and his partners began to acquire land, which today is known as Brownsville. During the Civil War, Stillman sold cotton to the Union, the Confederacy and the U.S. Government. By 1865, he became one of the wealthiest men living in America. He invested a lot of his wealth into banks. After making his fortune, he moved to New York.


Sunrise Mall was built in 1979, with over 100 stores. This enclosed shopping mall includes five anchor stores, a food court and a Cinemark 16 movie theater. The anchor stores are; Dillard's, JCPenney, Sears, Bealls and Dick's Sporting Goods. The food court was added in 2000 and features eateries such as; Auntie Anne's Pretzels, Chick-fil-A, Italia Express Pizza, Nestle Toll House Cafe, and Marble Slab Creamery. In 2015, Sunrise Mall underwent some renovations that included new floor tile, signs and restrooms. And a year later, in 2016, H&M was added. Sunrise Mall was the first mall south of San Antonio to offer an H&M store to its customers.

Palmito Ranch Battlefield is a National Historical Landmark and a Civil War Battleground in southeastern Cameron County, near Brownsville. Today the battlefield is in an undeveloped and remote area, similar to how it appeared in 1865. For interpretation of the events that took place during the Battle, drivers and tourists can tune into 1610 AM, a local station added in 2011. There is some signage and markers along Boca Chica Highway - State Highway 4 indicating the location of the Battlefield. Each year, there is an event called Park Day that brings volunteers to the battlefield to clean and repair the grounds for future visitors.

Camille Playhouse is a local theatre that’s been part of the Brownsville community since 1964. It was established to promote interest in musical theatre among the city’s citizens. Today, a variety of performances and plays take place at Camille Playhouse each year. The actors, musicians, singers, performers, producers and stage crew bring their talents to the stage during each performance. Many of these people are residents of Brownsville and the neighboring communities. Some of the plays presented at the Camille Playhouse theater include: A Chorus Line, The Lion, The Witch, and The Wardrobe, Othello, The Great Gatsby, and Grease.

The Historic Brownsville Battlefield Trail is a 9-mile path for walkers and bikers that runs south to north directly through the city. Those who visit the trail get to experience the richness of the city’s history and heritage. And anyone who bikes or walks the trail can see art exhibits inside and outside of the Brownsville Fine Arts Museum. Not far from there is the Gladys Porter Zoo and Dean Porter Park. A connecting point along the trail is the Brownsville Metro Northside Station and Brownsville Events Center. In addition to exploring local history, the trail also promotes a healthy lifestyle among residents and visitors.

Fort Brown served as a military post for the United States Army during the American Civil War and then much later during the border conflicts between the United States and Mexico. It was established in 1846, and the remaining pieces of the fort became a National Historic Landmark in 1960. Before the fort was called Fort Brown, it was known as Fort Texas. But, during the Siege of Fort Texas, American soldiers, Major Jacob Brown and George Oakes Stevens were killed. So, to honor the death of major Brown, General Taylor renamed the post Fort Brown.

12.Costumes of the Americas Museum

© Costumes of the Americas Museum

The Costumes of the Americas Museum honors and upholds the preservation of costumes to document their historical and cultural significance. For the education of the museum’s visitors, costumes are collected, cataloged, and exhibited. A woman by the name of Mrs. Johnson played a major part in the museum’s existence. When she moved to Brownsville, she brought her collection of authentic Mexican costumes and handicrafts. Mrs. Johnson was one of the leading authorities on Mexico’s folklore and native clothing. Today, the museum holds one of the largest authentic collections of North, Central, and South American costumes. Pieces include petticoats, jewelry, shoes and accessories that are one-of-a-kind. 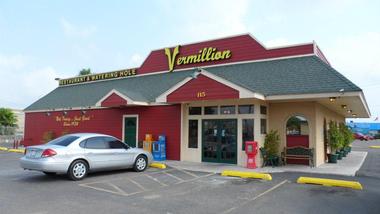 Vermillion Restaurant was established in 1934, by the Vermillion family. They bought land in Brownsville to built a flip front hamburger stand. Mr. Vermillion fell ill in the late 1940’s and passed his restaurant on to G.L. "Gib" Davidson who promised to uphold the restaurant’s traditions. Over the years, the Vermillion became a staple in the Brownsville community where people would gather to eat and socialize. In 1971, the establishment was handed down to Mr. Davidson’s son, Daniel Davidson. Since then, the restaurant transferred ownership to George Perez, who worked at Vermillion since he was 13 years old. 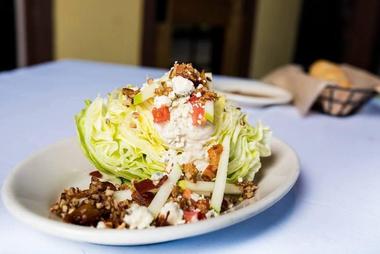 In 1997, only five Johnny Carino’s Italian Restaurants existed. Today, there are more than 70 locations spread across the United States and 10 more throughout the Middle East. The restaurant’s first chef, Mr. Carino created many authentic and traditional Italian dishes. Years later, after Chef Carino stepped down, Chef Chris Pietersen stepped in and took over the restaurants menu. While sticking to tradition, he added new flare and unique, “spiced” dishes that complimented the existing menu. Johnny Carino’s restaurant cooks with fresh, high quality ingredients to provide customers exceptional value in an Italian family restaurant atmosphere. 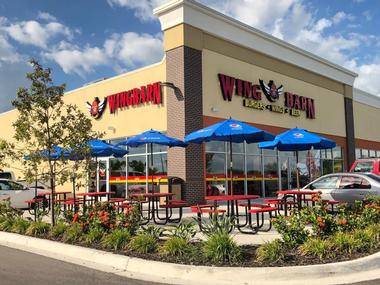 Wing Barn opened for business in Brownsville during the spring of 2010. Family and friends, Bobby Saenz and Chef Daniel Pompa, teamed up to create this restaurant. The environment is casual, yet rustic, with a country style dining room and big screen TV’s, to watch sporting events. Besides wings, they serve appetizers such as, onion rings, barn fries, sweet potato chips, jalapeno poppers, and fried pickles. Some of their entrees include various types of burgers, salads, wheat and lettuce wraps, chicken sandwiches, and hotdogs. And lastly, some of their most popular dessert options are fried Oreos and fried twinkies.

15 Best Things to Do in Brownsville, TX

9 Best Things to Do in Johnson City, TX