14 Best Things to Do in Brenham, Texas 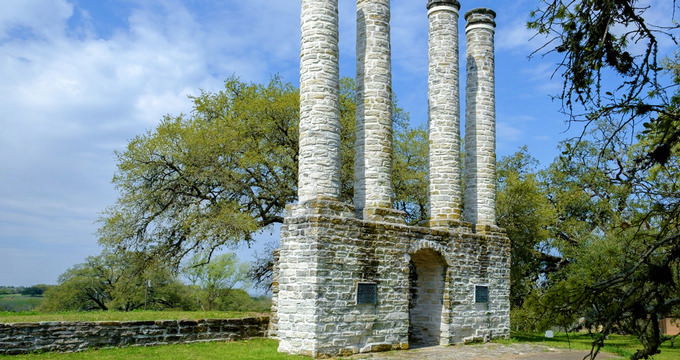 Located comfortably in between Houston and Austin, Brenham is well known for its natural beauty and expansive and enthralling history. Often considered to be the best place for finding Bluebonnets in Texas, this quaint and friendly city is perfect for escaping the rat race of modern life. 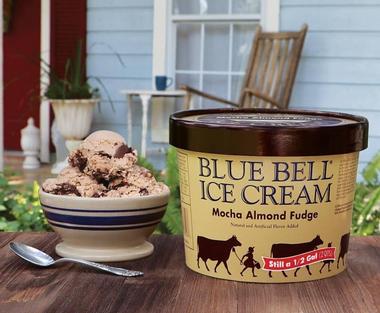 On a hot summer’s day, a group of eager businessmen found a gap in the Texan market for fresh cream. Banding together, they purchased the excess milk from local dairies and used it to create delectable creams, ice creams, and butters. As time passed, they then changed their plans to specialize solely in Ice Cream. In the present day, they may no longer deliver with a horse-and-cart, but many of the founders’ original values and ambitions for the company have remained the same. They never compromise on quality, even as their market share grows, and this allows them to offer the very best ice cream available. Their on-site ice cream parlor allows them to share their delicious produce with all of the visitors to Brenham. 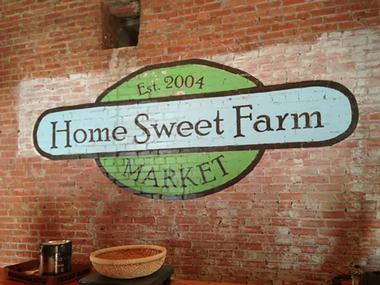 Set in a restored building which holds great historical importance in the community, the Home Sweet Farm Market and Biergarten combines the traditional farmers’ market with the unique qualities and excitement of a Biergarten. It is a nostalgic nod to times when life was simpler and merry. They serve a large variety of the finest Texan Craft Beers alongside their seasonally selected farm-to-table meals. They hold a farmers’ market on the first Sunday of every month as part of their ongoing goal to support their local community and the artisan food producers. Furthermore, they feature passionate local musicians for their live music. 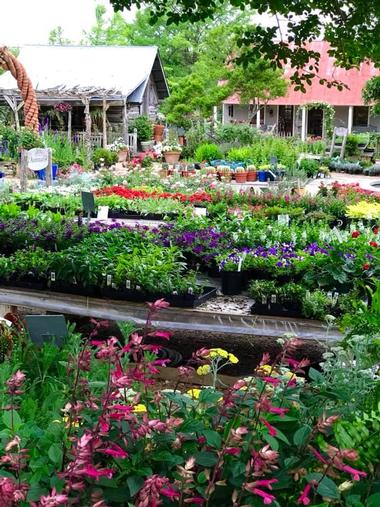 There is something of a bias against most garden roses, which says that they are an incredibly fussy plant that requires large levels of time and dedication to grow. The easy-care antique rose changes that, as it is a hardy flower that can grow and thrive with limited intervention, even in Texas’ notoriously variable climate. It was this discovery that caused the Antique Rose Emporium to be founded, where they display to the public numerous award-winning ornamental and display gardens from which other growers can take inspiration. They create beautiful garden solutions and also offer event hosting including as weddings and photo shoots in their breathtakingly beautiful surroundings.

Unity Theatre is situated in the heart of downtown Brenham in what was once an unloved warehouse, and its unique architecture is the perfect combination of new and historic. The Theatre seats up to 125 guests at a time, creating an intimate and truly unforgettable viewing experience. They have a variety of exciting plays and musicals being thrown over the course of the year for viewers’ enjoyment and they have been offering continually exceptional productions for the past 24 years. They also offer areas of their venue hired out as an event hall for private dinners to weddings and everything in between.


Windy Winery was created by husband and wife team, August and Linda Meitzen, with love and an American Dream over twenty-four years. They put all of their passion and dedication into growing the Winery business from the ground up, after earlier attempts at brewing beer and whiskey weren’t to their tastes. Their vines were planted one by one in tidy rows to create the oasis that is their vineyard. From their own grapes, they now produce their own signature wines, including their Heritage, Lady Lavender, Sonora, and Jal-spice blends which are available for the public to sample at their Winery.


The Simon Theatre was built by James Simon in 1925 and served as a center for dancing, events, performances and movies for the people of Brenham. It is recognized as a Historic Texan Theatre by the League of Historic American Theatres and is as such of great historical significance for the city. Unfortunately, the Theatre fell out of fashion and into disrepair, and was soon considered too damaged for people to use. Renovations began in 2007 and over $2 million were raised for the project by 2008, just over a year later. Nowadays, the Theatre has been given a new lease of life and hosts concerts, performances and ballroom dancing sessions.

Determined to keep his family away from low-lying mosquito breeding grounds during the Yellow-Fever outbreak of 1868, J.D. Giddings commissioned the palatial property that would become known as the Giddings Stone Mansion. The architectural style of the 19th Century Greek revival is evident in the intricate decoration of the Giddings Stone Mansion. The mansion has a pair of massive galleries which span the entire length of the mansion, and eleven individual rooms. The mansion’s kitchen, servants’ wing and laundry room are found in a building separate to the main house. Featuring large and airy rooms with Victorian bay windows and original fireplaces, the mansion is a glance back in time. 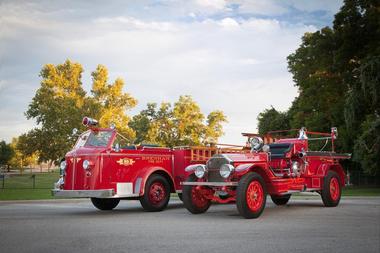 The museum was originally designed as a means of protecting the 1923 American LaFrance Type 38, which was known as “Samanthe”. Only two other models of the Samanthe remain in the world, and only 34 were produced initially. This means that its protection and preservation of significant importance for future generations to understand and appreciate the history of the fire engine. The Brenham Fire Company # 1 Fire Museum features a Wall of Honor which serves as a tribute to all of the firefighters of the past. It is also home to numerous firefighting artifacts and a Roster of all the Fire Service’s Mascots over its 150 years of existence.

The house is the oldest property in Brenham which remains intact and in its original condition, the Giddings-Wilkin house is of significant importance from an architectural and historical perspective. The house was originally a two-room property, but over the years the family enlarged and expended it until it got to its current size. The house was innovative with its rain-harvesting roof and pipework which leads directly into the cistern—a new innovation in Texas in the mid-19th century. The property was originally home to J.D. Giddings and his family, who fled the low-lying lands where mosquitos were spreading the deadly Yellow Fever, but was sold to the Wilkin family when Giddings moved into the mansion instead. Now, the property is used to display many of the two families’ period artifacts, furnishings, photos, clothing, and paintings.

What to do near my location downtown at night in winter, summer, romantic getaways, wedding venues, parks near me: UT, Indianapolis, From Kansas City, Southwest vacations, RI, From Chicago, Sacramento, Nantucket, Girls Getaways, Santa Barbara, PA

Alicia Tegg specializes in creating breathtaking paintings and artwork relating to nature and the animal kingdom, with her clear preference being the painting of horses. As a child, her first three horses were beautiful white specimens which had wheels and could run as fast as she could carry them. She was that girl in school; the one who was unhealthily obsessed with everything to do with horses. At her first show, the Houston Livestock show and Rodeo art show, her graphite sketch of a cowboy riding his horse won her second place. Later, she moved from Houston to Brenham in search of her own ranch, and from there her work as a landscape and livestock artist took off. She now sees her stunning creations featured regularly in galleries. She now displays many of her works in the Tegg Art Studio, and visitors are encouraged to come in and see the magnificence and beauty of her paintings.

What is there to do near me this weekend, cheap family vacation activities: Carmel, WA, UT, MN, Chicago, NE, NV, NH, NJ, NM, Taos, SoCal Camping, West Palm Beach, LA Beaches, Things to Do in Moab

11.Kay's Cuisine for the Soul

© Kay's Cuisine for the Soul

With help from her mother and daughter, Kay Briscoe founded Kay’s Cuisine for the Soul after she took note of the need for more versatile and fresh foods in the city of Brenham. At her restaurant she offers delicious lunches and meals as well as providing a range of foods for those people who are too busy to stop for a sit-down-meal. Her microwaveable, homemade grab-and-go meals and boxed lunches are the best way to get a quick and satisfying bite to eat. Kay runs her restaurant with a heavy focus on sharing happiness with her customers and hopes that she can help to take the stress out of people’s busy lives.

Nathan Winklemann founded his Texas BBQ business in the 1980s, and since then he has developed a reputation for the exceptional flavor combinations that he can create thanks to his ‘old school’ approach to barbecuing. Every dish is cooked over open pits with lump charcoal and pecan wood for that distinctive and delectable Smokey taste that cannot be replicated by any other method. Seating up to 140 people in his rustic Brenham restaurant, Nathan caters for hundreds of hungry customers every week and does so with passion. He also caters for events both large and small with his Texas pit BBQ. 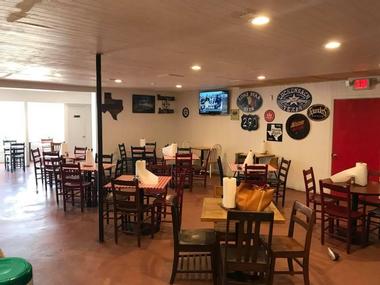 After his graduation from the University of Houston’s Hilton College, Matt started to use his newfound knowledge to experiment with flavor combinations and cooking methods on his family’s small BBQ pit. Eventually he created and perfected the recipe for his own unique BBQ brisket. This would later go on to be the most popular dish at his restaurant, LJ’s BBQ, along with his renowned pulled pork, BBQ ribs, sausages, and smoked turkey. The restaurant also uses a portion of its profits to invest in the local community, taking pride in their ability to help develop and support schools and other non-profit organizations. 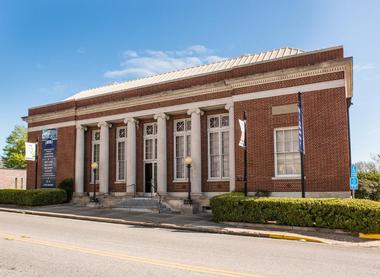 The historic blacksmith building of Downtown Brenham was built in 1916 and has seen a lot of intense activity in its time. Whilst its original purpose was for shedding horses, it was later used for wire fabrication under the name of the Old Brazos Forge until fire ravaged the property. Nowadays, the property has been renovated and refurbished so that it can be used as a Café, but signs of damage from the fire can still be seen from the scars in the wooden rafters. The Funky Art Café occupies the property now, and serves up a range of unique and quirky dishes which tantalize the taste buds.

14 Best Things to Do in Brenham, Texas

25 Best Places to Visit in Dallas on a Date