10 Best Things to Do in Boerne, TX 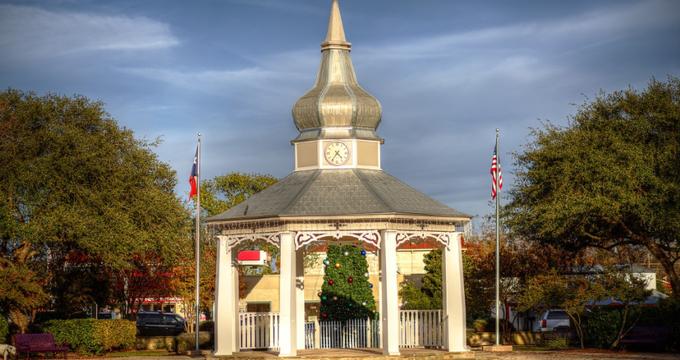 Boerne, Texas is a city in the Texas Hill Country near San Antonio and was named after the German author Ludwig Borne. It was founded with the ideals of basic human rights by the Forty-Eighters, a German group passionate about science, literature, music, and philosophy. The city hosts some of the oldest known cavern systems in the United States and overflows with history, community, and the desire to conserve the natural resources of the lands. Sustainable farming is at the heart of Boerne’s restaurants, breweries, and vineyards to preserve the area for generations.


1.Cave Without a Name

Cave Without a Name is a prehistoric wonder located in central Texas, north of San Antonio. This limestone network of chambers had remained undiscovered by man until a small animal fell into the cave’s sinkhole opening in the early 20th century. Eventually, in 1939, the landowner, Jim Horn, opened it as a tourist attraction. Visitors descend the 126 steps down to the cave floor, nearly 90 feet underground. Cave Without a Name consists of multiple well-lit rooms, the first 6 of which are open to the public. This quarter-mile stretch of the cave contains fingers of stalactites clinging to the ceiling as they reach down towards the stalagmites on the cave floor.

Cascade Caverns is a geological formation in existence since the Lower Cretaceous period where prehistoric remains and artifacts from the Lipan Apache tribe have been discovered. The cave opened for tours in 1932 closing temporarily during World War II and reopened in the late 1940s. Today, guests can tour the half-mile of winding corridors and chambers that open up into the Cathedral Room 132 feet below the surface. This cave originally featured seven waterfalls but drought in the 1950s dried up most of them. The final waterfall was cemented off due to unpredictable flooding in the chamber and an artificial replacement was installed to replicate the natural spectacle.

Cibolo Nature Center and Farm began as a collaborative effort to preserve the marshland of the Cibolo Creek in Boerne, Texas and has become a stewardship for promoting conservation of natural resources. Their program teaches visitors the importance of studying and learning about nature and using sustainable farming to protect the land. More than 100,000 people visit Cibolo Nature Center and Farm each year where outdoor activities entertain and teach about living as one with nature. From March to December there is a farmers market open and the farm hosts workshops about simple farming techniques families can do at home. 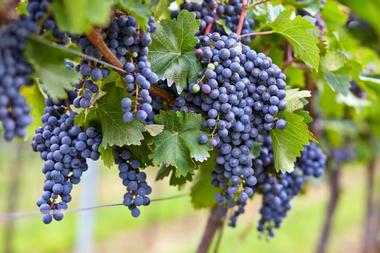 Saint Tryphon Farm and Vineyard is a family business whose love of Texas and passion for wine has brought together great people. The Bradford’s purchased the land in 2013 and planted their first vines three years later. In 2018, Saint Tryphon Farm and Vineyard opened its doors to the public where guests can taste the elegant wines crafted from a variety of grapes grown in the Texas Plains and Hill Country. Reservations are not required for small groups or individuals but the family appreciates guests to call ahead and alert them of the visit. Saint Tryphon welcomes guests to their quaint tasting room located adjacent to their homestead seven days a week.


Kuhlmann-King House was the home of a successful German man named William Kuhlmann and then sold to the family who owned King and King Lumber Company. This historical treasure displays the architectural integrity and beauty of houses built during the late 1880s. The two-story home originally consisted of two rooms on each floor with an external staircase. On the front of the house, there’s an upper and lower veranda offering a place to sit outside and enjoy a lazy afternoon of reading a book. Visitors can tour this preserved landmark on the second Saturday every month to learn about the families who resided here over the years.


Old No. 9 Trail is a mile and a half long biking and walking path that runs through the middle of Boerne. It was originally a dirt trail that was used by the Native Americans crossing the Texas Hill Country. Years later the San Antonio and Aransas Pass Railway Company (SA&AP) built the railroad alongside the old path. Old No. 9 Trail surprisingly got its name from the nearby Highway 9 rather than the railroad line. The now paved trail provides informative signs along the path as well as water fountains, a shady rest stop at the halfway point, and a water mister at the Esser Road trailhead to keep cool during hot Texas summers.

Boerne Community Theatre was created in a collaborative effort by Deloris Littlejohn with the help from theatre communities in the surrounding area. The theatre’s mission is to offer an educational experience through the production and development of the performing arts. The focus on the dramatics, musical, and cultural aspects of live theatre is designed to get the people of Boerne involved in every facet of the performing arts. Each year, Boerne Community Theatre produces multiple plays and musicals, offers adult acting classes, and hosts a talent contest divided into two age groups, under age 18 and 18+.

Cibolo Creek Brewing Company is a family-run brewery and pub with a mission to provide great beers and farm-sourced food for family, friends, and folks visiting the community. The beers they brew change with the seasons offering light and refreshing beers in the summer and dark strong brews to keep you warm in the winter. Their small-batch brews available utilize seasonal fruits and offer a playful variety of flavors throughout the year. Cibolo Creek Brewing Company serves up brunch on Sundays and lunch, and dinner daily all created from local sources who practice sustainable farming and consistently high-quality ingredients.

Po Po Restaurant is a family dining establishment serving up classic southern style cooking like fried chicken and grilled pork chops. The building got its start as a dance hall in 1929 where hamburgers sold for a nickel and moonshine outback was a quarter a shot. The transformation into a full restaurant occurred in 1932 and it’s believed that the spirit of the man who built the bar in 1947 still haunts the restaurants. Po Po Restaurant features a collection of more than 2300 plates adorning the walls, a tradition that began with the owners Luther and Marie Burgon in the 1950s.

Valeria Ristorante Italiano is a farm to table gourmet Italian restaurant that serves only the finest locally sourced ingredients in their time-honored traditional dishes. Everything from the beef, pork, and eggs to the seasonal vegetables, herbs, and spices are raised on local farms in a partnership to provide all-natural ingredients. The summer season brings fresh seafood like Alaskan caught salmon versus using farmed fish trout and salmon. Valeria Ristorante Italiano prides itself on serving organic healthy dishes and only fries food on low heat with all-natural fats and oils. Wines are perfectly paired with their handcrafted meals and desserts are baked from old family recipes.

10 Best Things to Do in Boerne, TX

25 Best Things to Do in San Antonio (Texas)

22 Best Things to Do in Fort Worth (Texas)

25 Best Things to Do in Galveston (Texas)