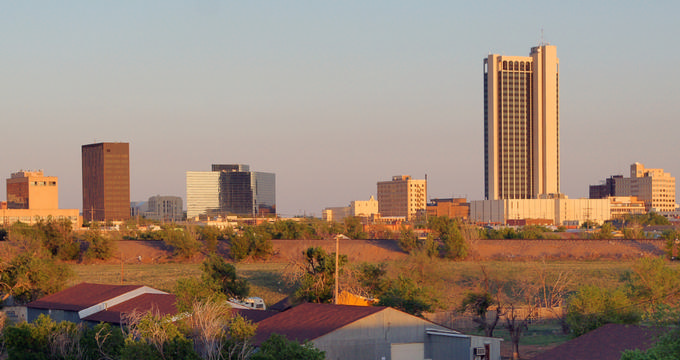 Located in Potter County in the northern section of Texas, Amarillo is the 14th most populous city in the state and the largest in the Texas Panhandle region. Once nicknamed the 'Helium Capital of the World', Amarillo has a unique history and is a key industrial hub for the state of Texas. The city covers an area of 90.3 square miles and has a population of approximately 200,000 people, with around 280,000 in the full Amarillo metropolitan area.

Located in the Staked Planes region of the United States, Amarillo was originally founded under the name Oneida. Good railroad links helped the city grow and establish itself, with cattle farming being a key part of the local economy. The town was renamed to Amarillo, which is the Spanish word for 'yellow', most likely due to the yellow flowers and soil which can be spotted along the banks of the Amarillo Creek and Amarillo Lake nearby. By the turn of the 20th century, Amarillo was one of the biggest cattle-shipping locations in the United States and its economy gradually began to expand to include new forms of business.

The Amarillo Helium plant became very successful, and the city also became home to Pantex, the only nuclear weapons construction facility in the nation. With an array of unique and diverse businesses operating in Amarillo, the city has a fast growth rate and is a key commercial location, but also attracts decent numbers of tourists with attractions like Big Texan Steak Ranch and Cadillac Ranch showing off the traditional elements of Texan culture and the nearby Palo Duro Canyon State Park being the second biggest canyon in the country.

The elevation of a town or city is an indicator of how high or low it is in relation to sea level and is an important geographical statistic, used for architecture, weather forecasts, and more. The elevation of Amarillo, TX is 3,605 feet (1,099 m), which is relatively high when compared to many other towns and cities in both Texas and nearby states. Many major metropolitan areas around the United States are located in coastal regions, resulting in low elevations under 500 feet (152 m), with New York City and Los Angeles having elevations of 33 feet (10 m) and 285 feet (87 m), respectively.

3.Climate and Things to Do in Amarillo, TX 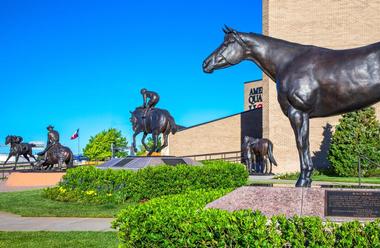 Due to Amarillo's location in the Texas Panhandle, its weather and climate are dissimilar to most other parts of the state. Amarillo has a cold semi-arid climate with warm summers and mild winters that involve major temperature drops in the evenings. The coldest month of the year is January, with average temperatures of 37°F (3°C), while the warmest month of the year is July, which has average daily temperatures of 78°F (26°C). Temperatures frequently drop below freezing point from late November through to April, and snow can fall during this part of the year.

Like many Texan cities, part of the reason people visit Amarillo is for a taste of the state's unique culture. Tex-Mex cuisine and traditional live music and entertainment can be enjoyed around the city, with the Cadillac Ranch and Big Texan Steak Ranch being two of the city's most-visited spots. The Wonderland Amusement Park is another popular place for families, while the nearby Palo Duro Canyon State Park offers incredible views and all sorts of recreational activities.