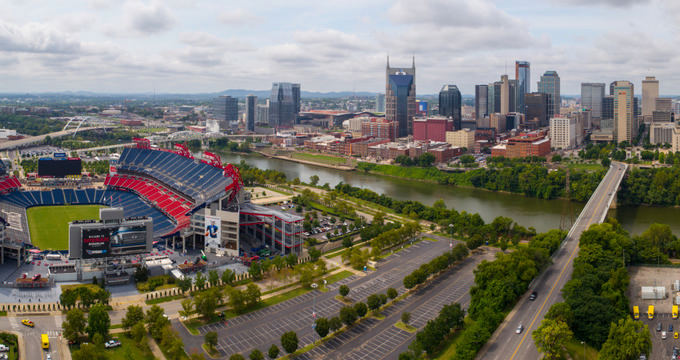 One of the most famous cities of Tennessee, Nashville is also the state capital. It's the biggest city in the state and sits in Davidson County. The Cumberland River flows through the city of Nashville, which has the 24th biggest population of any city in the United States. Nashville is found right in the middle of Tennessee and covers an area of 525.94 square miles. It has a population of over 690,000 people, with over 1.9 million in its surrounding metropolitan area. 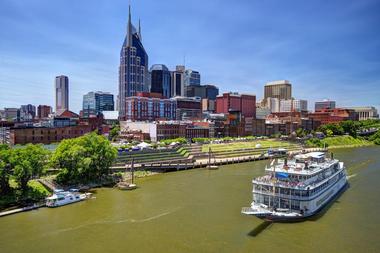 The city of Nashville was founded back in 1779 and named after Francis Nash, who was an army general during the Revolutionary War of 1775-1783. Nashville's key location in Tennessee and impressive transportation links helped it to grow very quickly, but it was one of the first big cities to fall to the Union during the American Civil War, which slowed progress down for a while. In the years that followed, new businesses were set up in Nashville and the city began to thrive once more.

In the modern era, Nashville is seen as a cultural and commercial hub for the state of Tennessee and is strongly associated with country music. Many country music groups and artists made their names in the city, which has even earned the nickname 'Music City' over time. The city is home to the world's longest running live radio show in the form of the Grand Ole Opry, as well as housing the Country Music Hall of Fame. Attractions and events unrelated to country music in Nashville include the various historic sites around the city, the annual film festival, the Tennessee Titans NFL team, and many green spaces for outdoor activities. 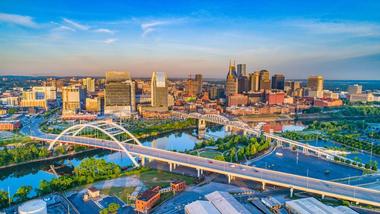 Elevation is an important geographical term related to the height of a location above or below the mean sea level of Earth. Elevation can be very important for a variety of uses, including architecture, and can also have a noticeable influence on an area's climate. The elevation of the city of Nashville is 597 feet (182 m), which is in line with many other big cities all around the United States. The nation's average elevation is 2,500 feet (760 m), but many of its biggest cities like Los Angeles, New York, and Houston are located at elevations of 500 feet (152 m) or lower.

The mean elevation of the state of Tennessee is quite low when compared to many other states. Tennessee has an average elevation of just 900 feet, which is several thousand feet lower than some of the highest states like Colorado, Wyoming, and Utah. The highest point in the state of Tennessee is a mountain located among the Great Smoky range called Clingmans Dome, which is situated at an elevation of 6,643 feet (2,025 m). The state’s lowest point is part of the Mississippi River near the Mississippi border, which has been measured at an elevation of just 178 feet (54 m) above sea level. This means that Tennessee has an elevation span of 6,466 feet (1,971 m) between its highest and lowest points.

3.Climate and Things to Do in Nashville 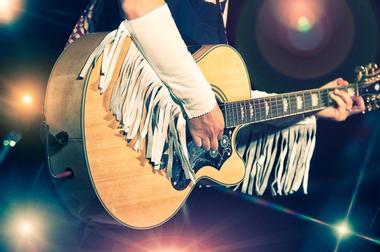 Nashville is a must-visit location for country music fans, with the Hall of Fame, Grand Ole Opry, and many live shows and other key locations all around the city. History buffs will also find a lot to live in Nashville, including various museums and sites related to the Civil War in particular. Many museums, bars, galleries, live entertainment shows, and more can also be enjoyed in Tennessee's capital.

25 Best Things to Do in Tennessee with Kids

Where to Stay in Chattanooga - 7 Best Romantic Getaways