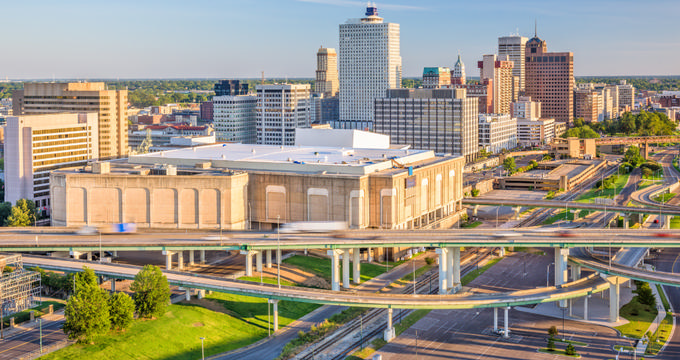 A thoroughly landlocked state located in the southeastern part of the country, Tennessee is the 16th most populous state of America but only the 36th biggest in terms of its physical size. Tennessee has a lot of borders all around it with the states of Kentucky, North Carolina, Virginia, Georgia, Alabama, Mississippi, Missouri, and Arkansas. Some of the key geological features in Tennessee include the Appalachian Mountains and Mississippi River.

Nicknamed 'The Volunteer State' due to the fact that many volunteer soldiers historically signed up to fight in important conflicts like the Mexican-American War and War of 1812, Tennessee covers an area of 42,143 square miles and has an estimated population of 6.7 million people. The capital city of Tennessee is Nashville, which is also its largest and best-known cities. The Greater Nashville area is also the biggest metropolitan zone in all of Tennessee. Here are some brief descriptions and details on some of the largest cities in the state of Tennessee. 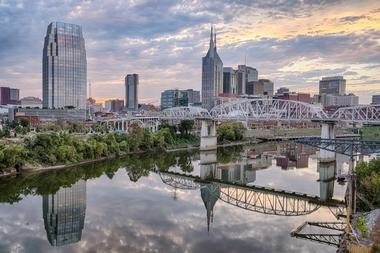 Situated in Davidson County on the Cumberland River, Nashville is the state capital of Tennessee and also the state's biggest city. Nashville has the 24th highest population in the United States according to recent estimates, with around 691,000 people calling the city home and 1.9 million living in the Greater Nashville area. The city covers around 525.94 square miles of land and was founded back in 1779, being named after Continental Army Brigadier General Francis Nash, who fought in the American Revolutionary War.

Nashville is nicknamed 'Music City' due to its strong country music culture and heritage, being home to the Country Music Hall of Fame and Grande Ole Opry country music radio show. The cultural and commercial heart of Tennessee, Nashville attracts many visitors from all around the world each year, with the city boasting a long list of notable attractions and landmarks. 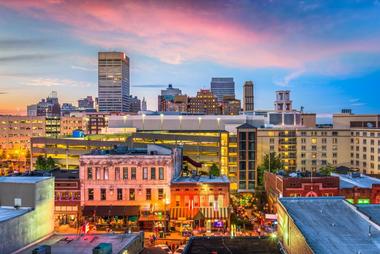 Situated on the banks of the Mississippi River in the southwestern part of Tennessee, Memphis is the state's second biggest city and, like Nashville, is well-known for its musical culture and history. Memphis covers an area of 324 square miles and has an estimated population of 652,000 people, with over 1.3 million in the surrounding metropolitan area. Memphis is located in Shelby County and was named after the ancient Egyptian city of Memphis.

Founded in 1819, Memphis quickly developed into an important industrial and transportation hub for Tennessee and is known for housing the headquarters of FedEx, one of the biggest courier delivery companies on Earth. The city is also known for playing a key role in the Civil Rights Movement, tragically being the location where Martin Luther King was assassinated in 1968. 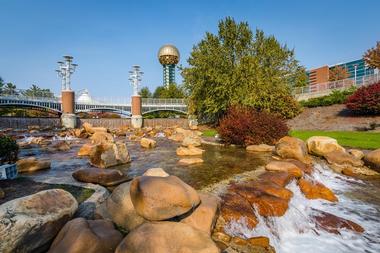 Located in Knox County in the eastern section of Tennessee, Knoxville is the state's third largest city. Nicknamed 'Marble City' due to the marble quarries that formed a big part of Knoxville's early economy and development, the city was founded in 1786 and covers an area of 104.2 square miles.

Knoxville has an estimated population of 186,000 people, with over 868,000 living in the surrounding metropolitan area. Knoxville was originally the state capital of Tennessee but lost this status due to economic downturn. The main campus of the University of Tennessee is situated in Knoxville. 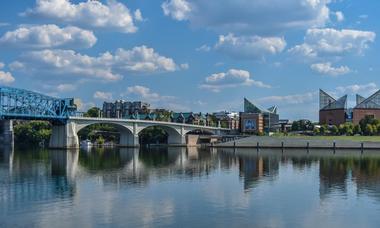 Situated on the Tennessee River in the southeastern part of Tennessee, Chattanooga is the fourth largest city in the state. Along with Knoxville, Chattanooga is one of the main cultural and commercial hubs of East Tennessee.

The city is a key transportation location, offering access to many major cities in surrounding states like Birmingham in Alabama and Atlanta in Georgia. The city covers an area of 144.6 square miles and has an estimated population of 177,000 people. Chattanooga is nicknamed 'River City' and 'Scenic City' due to its many green spaces and strong emphasis on outdoor recreation. 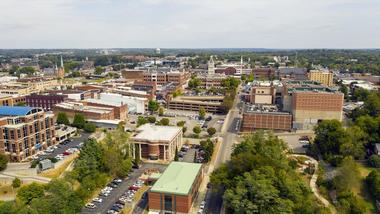 Clarksville was founded in 1785 and named after General George Rogers Clark, a key figure in the American Revolutionary War. The city is home to Austin Peay State University, as well as being the printing location for the oldest newspaper in the state, The Leaf Chronicle.