6 Best Things to Do on St. Helena Island, SC 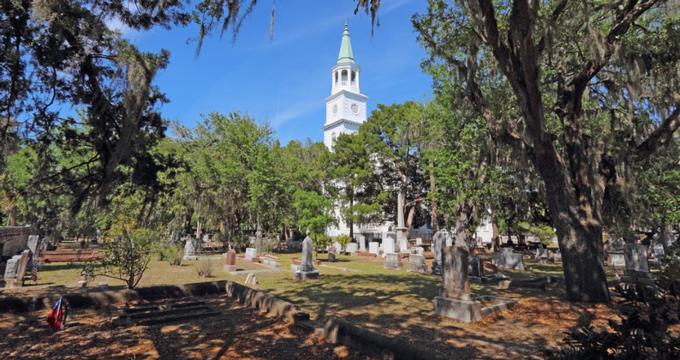 St. Helena Island is a Sea Island in Beaufort County, South Carolina. The island is connected to Beaufort by U.S. Highway 21. The island is famous for its rural Lowcountry charm, beautiful beaches and as being a major center of African-American Gullah culture. The best place to learn about the Gullah is Penn Center, an African-American cultural and educational center located in the Corners Community. The York W. Bailey Museum is located within the Center. St. Helena Parish Chapel of Ease Ruins is the site of the remains of the historic chapel in Frogmore, built in 1740 for the island parishioners since the closest church was in Beaufort. Fort Fremont was a military fortification built in 1899 during Spanish–American War. 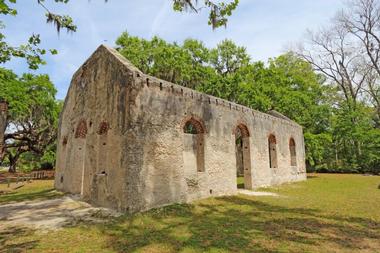 St. Helena Parish Chapel of Ease Ruins is the site of the remains of the historic chapel in Frogmore, South Carolina on Saint Helena Island. This Anglican chapel was built in 1740 by planters on Saint Helena Island for parishioners who had hard time traveling to the main parish church in Beaufort, South Carolina. The chapel had been granted the designation of parish church by 1812. A forest fire destroyed most of it in 1886 after the civil war. All that is left today are its tabby ruins and an adjacent cemetery. The ruins were added to the National Register of Historic Places. 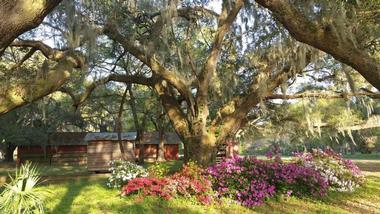 The Penn Center, known before as the Penn School, is an African-American cultural and educational center located in the Corners Community, on Saint Helena Island. The center was founded by the missionaries from Pennsylvania in 1862. The Center was the first school in the Southern US specifically founded for the education of African-Americans. It provided necessary education to Gullah slaves who were freed after plantation owners deserted the island. The center is still fulfilling its mission. Its 47-acre campus includes a number of historic buildings including classrooms, students’ dorms and rooms for teachers and administrators. The oldest building on the campus is the 1855 Brick Church, built by the owners of the island. The campus was designated a National Historic Landmark District.

Fort Fremont was a military fortification on Saint Helena Island, South Carolina. Fort Fremont was built by the Corps of Engineers in 1899. In 1900, the Coast Artillery took over the Fort. It is one of only two existing Spanish–American War fortifications with the character from that period. The fort complex covered about 170 acres of land, and had numerous buildings, including a guard house, an Administration building, barracks, hospital, stable, bakery, commissary, mess hall, post exchange, lavatory, and water tower. Only the 10 inch battery, the rapid-fire battery and the brick hospital are still standing. All the other buildings were made of wood and were destroyed before 1989. Today the Fort is designated a Historical Preserve 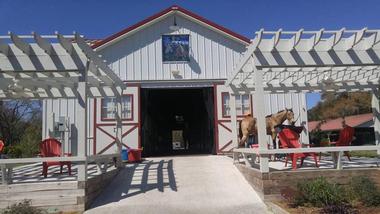 Camelot Farms Equestrian Center is located on the 70-acre farm on Saint Helena Island in South Carolina, about 20 minutes south of Beaufort, five miles from Hunting Island State Park. The island’s charming winding roads surrounded by ancient trees draped with moss are a perfect setting for a horseback ride. Camelot Farms offers two trail rides. Plantation or Coastline Ride offers a pleasant way to experience the South Carolina low country. The center offers beginning lessons for those who need it, both children and adults. The Center also offers boarding of horses of all breeds, with stalls and pasture for the horses. They breed and raise Rocky Mountain and Tennessee Walking Horses for purchase or lease. 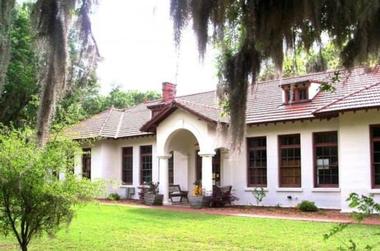 
The York W. Bailey Museum, named after a former Penn Center student who practiced medicine on St. Helena Island, chronicles the history and shares the stories of the people whose lives were changed by Penn Center, a vitally important American institution. Penn Center is a school established on St. Helena Island in 1862 for the freed black slaves after the plantation owners escaped the island. Especially interesting are the photographs of students at work, some of which dating as far back as the 1860s. The visitors to the museum are greeted by the helpful video that offers history and personal recollections about the Penn Center's past. The museum gift shop offers artworks by local artists, handmade sweetgrass baskets and colorful, original crafts. 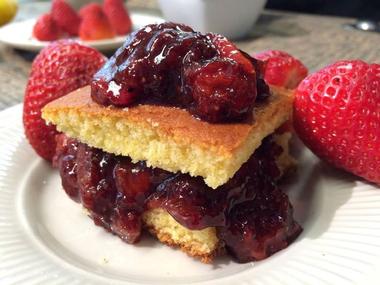 
Gullah Grub is a small, charming, unpretentious restaurant on St. Helena Island serving authentic southern food and traditional Gullah dishes. Everything is cooked from scratch while you wait for it, so be patient. The restaurant is also a gallery of Gullah history and art, with one entire wall covered by shelves full of artworks of local artists. There is a nice front porch where guest can eat and watch the world go by. The menu includes many popular comfort food dishes such as seafood gumbo, shrimp and grits and collard greens, but the barbecue is star of the show. Their BBQ ribs are the biggest draw to this quaint island spot.

6 Best Things to Do on St. Helena Island, SC