7 Best Things to Do in Mount Pleasant, SC 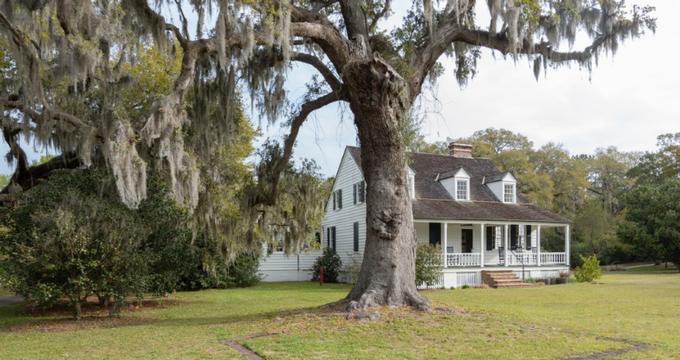 Mount Pleasant is a gorgeous historic suburb of Charleston, known as one of the state's most important regions connected to its Antebellum and Civil War history. Visitors can explore the exhibits of the Patriots Point Naval and Maritime Museum, which is home to a preserved historic World War II aircraft carrier museum ship and a Cold War submarine memorial. Lovely Boone Hall Plantation showcases one of the United States' oldest working plantations, dating back to at least the 1680s, while the Charles Pinckney National Historic Site preserves a former farm and plantation of a Civil War colonel. 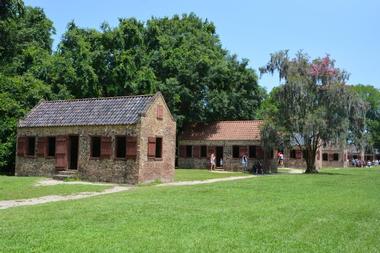 Boone Hall Plantation is one of the oldest working plantations in the United States, dating back at least three centuries to the 1680s, when 470 acres of land was granted from prior owner Theophilus Patey to his daughter Elizabeth and her husband Major John Boone. The plantation has been continually growing crops for more than 320 years and has been open to the public as a living history facility since 1956, after its purchase by the McRae family. The National Register of Historic Places-listed plantation showcases typical plantation of life of the Antebellum era through preserved structures like its Colonial Revival plantation house, slave cabins and cottages, flower gardens, and historic Avenue of Oaks, originally planted in 1743. In addition to guided home tours, the plantation is open to the public each year for special events such as the Boone Hall Farms Market and the annual Lowcountry Strawberry Festival. 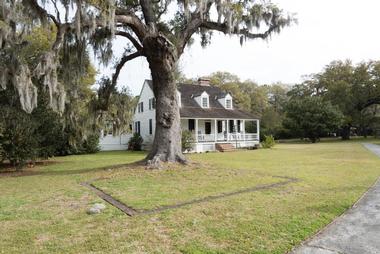 Charles Pinckney National Historic Site is a National Park Service historic site that preserves a portion of the 18th-century Snee Farm, the former plantation and country farm of Colonel Charles Pinckney. The site, which is located on the lovely Wando Neck peninsula in Mount Pleasant just 10 miles outside of Charleston, preserves the plantation's former main house, caretaker's residence, barn, and corn crib, all of which were operated as part of Pinckney's plantation estate between 1754 and 1816. Visitors can explore the site's archaeological excavations as part of exhibits at its lovely Visitor Center, which is housed within an historic 1828 Lowcountry cottage. A nature trail meanders through the farm's grounds, passing its major historic sites. Ranger-led programming is offered at the site throughout the year, including Junior Ranger programming for young visitors. 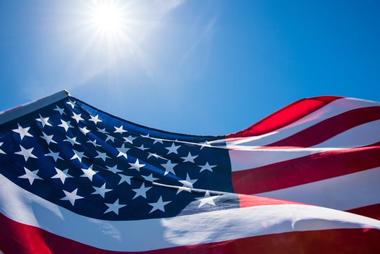 Patriots Point Cold War Submarine Memorial is a 2.3-acres site located adjacent to Mount Pleasant's Charleston Harbor, near the entrance to the Patriot's Point Naval and Maritime Museum. The memorial, which was dedicated in 2002, preserves portions of the USS Lewis and Clark SSBN 664 submarines atop a full-sized replica of a Benjamin Franklin Class Fleet Ballistic Missile submarine, which played a seminal role in South Carolina's participation in the Cold War during the mid-2oth century. It stands as a tribute to those who served in submarines during the conflict and managed submarine ballistic missiles. A circular plaza surrounds the memorial, displaying an American flag honoring the country's troops 24 hours a day. 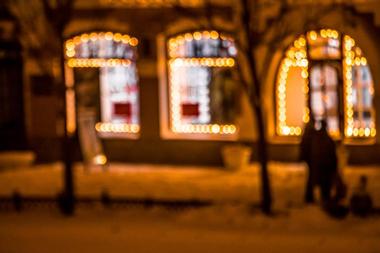 Mount Pleasant Historic District is a charming national historic district located within Mount Pleasant's downtown district, protecting nine historic buildings reflecting the city's history as a summer resort town. The district, which is listed on the National Register of Historic Places, protects a 37-block area that is home to important architectural buildings of the 18th, 19th, and early 20th centuries. Greek Revival, Gothic Revival, and vernacular Georgian styles are showcased in the design of buildings such as the Mount Pleasant Presbyterian Church, the Mount Pleasant Seventh-Day Adventist Church, and the St. Andrews Episcopal Church. Significant historic homes showcased include the Captain Peter Lewis House and the Hibben-McIver House. Many other buildings within the district serve as a center of small-town commerce and culture, including winery tasting rooms, antique stores, cafes, and boutiques.

-- You are reading "7 Best Things to Do in Mount Pleasant, SC this Weekend with Friends" Back to Top 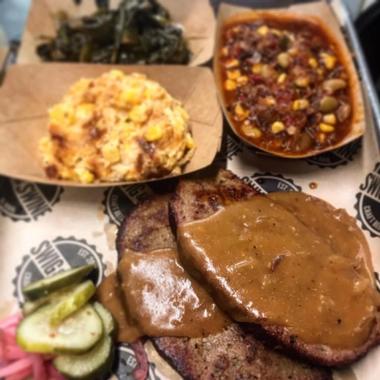 
Swig and Swine is a delicious Southern-style barbecue joint owned and operated by Anthony DiBernardo since 2003, known for its savory handmade sauces, delectable homestyle sides, and all-wood smoked barbecue meats. The Lowcountry favorite is housed within a lovely restaurant building overlooking Shipyard Park, offering eight televisions for viewing major sports games within its indoor dining space. Diners can enjoy excellent barbecue platters stuffed with selections like pulled pork, prime beef brisket, smoked turkey, and half chickens or share family plates filled with additional choices like housemade sausage, ? racks of rib, and smoked chicken wings. Over 60 craft brews are served up alongside all meals, along with a selection of wine and liquor offerings.

-- You are reading "7 Best Things to Do in Mount Pleasant, SC this Weekend" Back to Top 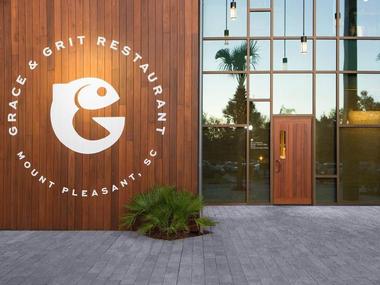 
Grace and Grit is a charming upscale-casual restaurant in Mount Pleasant's downtown district, opened in 2017 by restaurateur and executive chef Frank Kline. The restaurant is known for its fresh, local seafood offerings, house-smoked meats, and seasonal produce, which take center stage in delicious Southern staples and Lowcountry favorites. Diners can choose from artisanal entree selections at brunch and dinner throughout the week, including unique items like sweet tea-brined pork chops with peaches and cream grits, smoked prime filets in black garlic sauce, and whole fried local fish with green tomato bacon jam and pimento cheese grits. Gourmet grits selections can be served with all entrees, available in flavors ranging from brussels pesto to smoked pecan and maple. Indoor and outdoor dining spaces are offered, including a dog-friendly patio shaded by majestic live oak trees. 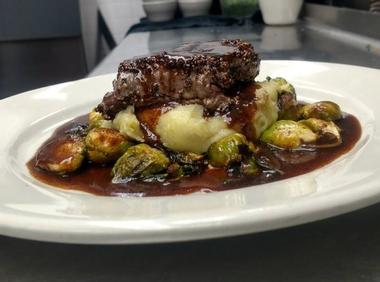 Vickery's Bar and Grill opened its first location in Atlanta in 1983, named in honor of former building owner Margaret Vickery. In 1999, it opened a second location in beautiful Mount Pleasant, overlooking the banks of gorgeous Shem Creek. Water surrounds the restaurant on three sides, with stunning views offered from the restaurant's seasonal outdoor deck. Creative Southern fare is served up throughout the week, including Lowcountry sauteed shrimp, seared crab cakes with Carolina red rice, Southern-fried chicken tenders with pepper gravy and collard greens, and seafood jambalaya with Andouille sausage, shrimp, and scallops. Fried seafood platters come with diners' choice of shrimp, scallops, oysters, or flounder, served up with coleslaw and housemade sauces.

7 Best Things to Do in Mount Pleasant, SC

You are reading "7 Best Things to Do in Mount Pleasant, SC " Back to Top