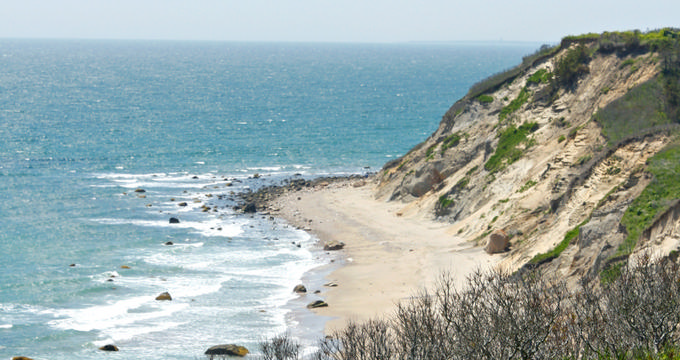 Just over a dozen miles off the coast of Rhode Island sits Block Island. Part of RI, Block Island is home to barely 1,000 people and is one of the most pristine and untouched locations in all of New England. It's a small island, covering just 9.73 square miles in total, but is regarded as a highly popular tourist destination, especially during warm weather periods like the summer months. On the 4th of July in particular, sleepy Block Island really comes to life, with a parade, firework show, and parties all around. Block Island offers lots of scenic hiking and cycling trails, as well as being a great spot for fishing, sailing and other water-based activities. 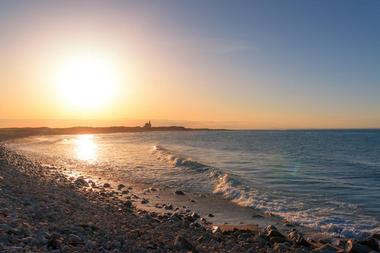 Cow Cove is one of the best beaches of Block Island for several reasons, with the most notable reason of all being the scenery and views. This beach is home to the North Light lighthouse and other landmarks like Settler's Rock, which features the names of the English settlers who first landed and lived here way back in the 17th century. The lighthouse itself was built in the 19th century but is still a very historic and fascinating location, with a little museum opening up on weekends through the summer. You'll also find the Sachem Pond Wildlife Refuge at the northern end of Cow Cove, home to many species of migratory birds. 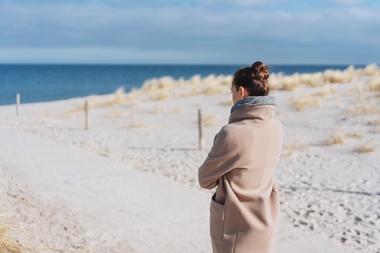 Over on the western shore, Charlestown Beach is one of the best beaches on Block Island for watching the sunset. It's a family-friendly beach, with soft, comfortable sands and shallow waters, providing ideal conditions for picnics, paddling, romantic strolls, beach games, and more. It's also located near the New Harbor, so it's a nice spot to sit and watch the various sea traffic sailing in and out of the island. The waters can get quite choppy away from the shore, however, so it's okay to dip your toes here but full swimming isn't recommended. 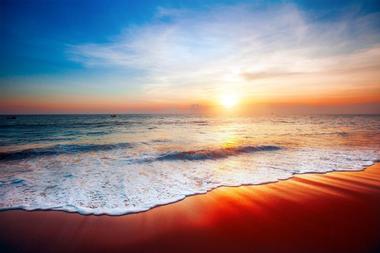 Over on the eastern shore of Block Island, Baby Beach is hugely popular with the locals but almost unknown to many tourists due to its secluded location. With very gentle waters that are just right for youngsters to swim and splash around in, Baby Beach is an excellent spot for families to come and spend the day. As the name implies, even babies can have fun on this beach as the waters are so gentle. This beach doesn't have its own parking area, so you may have to drive around the local streets in search of a spot, but since it never gets too crowded, parking shouldn't be too difficult. Not far from the Block Island Visitor's Center, Surf Beach is one of the first places many tourists come. It's over on the eastern side of the island and is named after the local Surf Hotel. Despite the name, Surf Beach is better-suited for snorkeling than surfing, with lots of marine life spotted in the waters around this area. Lots of unique rock formations are just waiting to be explored, with crabs, starfish, and more hiding away beneath the waves. 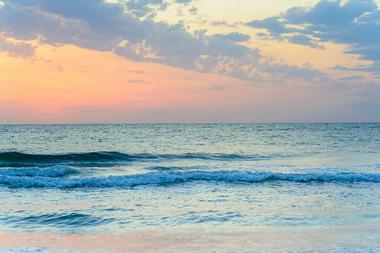 
If you're coming to Block Island looking to ride the waves, Black Rock is the place to be. This is the best surfing beach on Block Island, with very big waves and choppy conditions that are just right for experienced surfers. The beach is named after a huge black rock at the far end and is closely linked with Vaill Beach, which is another good surfing spot. If you're not interested in heading out on the waves, this is still a pretty, secluded little beach that offers breathtaking views, especially in the evenings as the sun starts to set. 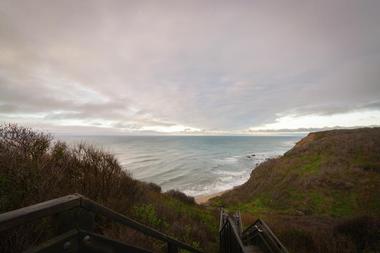 
If you ask a Block Island resident for a list of their favorite spots on the island, there's a good chance that Mohegan Bluffs will be one of the first places they mention. Down on the southern side of Block Island, this beach is best-known for the 200-foot tall cliffs that line it. Visitors will need to walk down over 100 steps to gain access to the little stretch of sand, but it's worth the trip simply to turn around and look up at the cliffs. The beach also has a lot of history behind it, with the Mohegan Bluffs being named after a battle that took place in the late 16th century. Despite being a small island, Block Island has a relatively long coastline with a lot of beautiful beaches to enjoy. Lots of wildlife, including many species of migratory birds, can be found around the island itself and the local waters, and there are two impressive historic lighthouses to admire on Block Island's beaches as well. In short, this is a terrific place to visit if you really want to get away from it all, enjoying the privacy and tranquility of a tiny island with all the charm and history that makes New England such a special and beloved region.

Most visitors who head out to Block Island spend most of their time on the island's sandy beaches, which can be found all around the extensive coastline. Some of the beaches are relatively developed, with useful amenities and easy accessibility, while others are a little trickier to get to but offer unique views and incredibly peaceful atmospheres at any time of year. Whether you're looking to admire a natural site like the Mohegan Bluffs or a man-made landmark like the North Lighthouse at Block Island's Sandy Point, you'll find a lot to love about Block Island beaches. Read on to learn all about them.