9 Best Things to Do in Wilkes Barre, PA 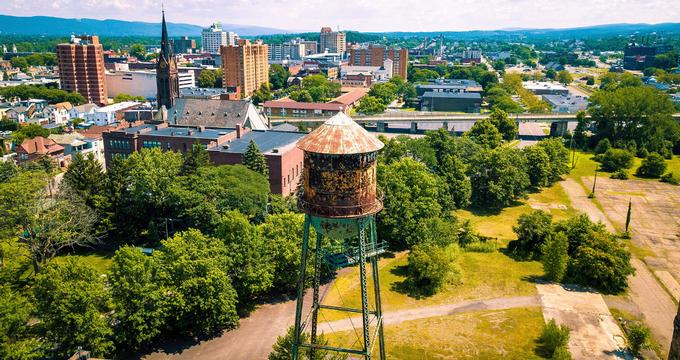 Wilkes-Barre is the largest city in Luzerne County, Pennsylvania. It is situated on the floodplains of the Susqehanna River and was named after two British MPs who were sympathetic to the American colonial cause. Anthracite was found nearby in the early 1800s and industrialization followed. Woolworths, Bell Telephone and Planters Peanuts are among the companies founded there. Coal mining was dealt a double blow when demand dropped and the last of the mines was flooded. In 1972, the downtown area was flooded. 128 people lost their lives and countless people were rendered homeless. Levees have since been built that have withstood greater threats. 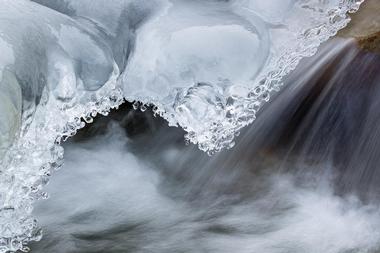 The Seven Tubs are potholes that have been formed by melting glaciers eroding the sandstone rocks. Through the ages the Wheelbarrow stream has cut canyons and gorges through the landscape. There are 60 wildflower species and a variety of trees in the area, which cast shade on some of the hiking trails. Birdwatchers will see game birds, migratory and more common species. Deer, weasels, opossums and foxes also inhabit the area. Although not seen often, the black bear is potentially dangerous. Hikers should also watch out for loose rocks and slippery moss. Parts of the trail are wheelchair friendly.

The Center started life as a movie theater in 1938. It was a lavish art deco establishment with 5 lobbies and seating for 2000 people. The giant Lavaliere chandelier can still be seen in the foyer. The Paramount Theater, as it was known, took a battering in the 1970s and 1980s. The flood of 1972 destroyed many downtown buildings and commercial activity moved elsewhere. For a while the grand old building was a boxing arena. When it was threatened with demolition, it was saved by concerned residents but remained abandoned until 1986 when F.M. Kirby, the co-founder of Woolworths, and other sponsors restored and remodeled it. 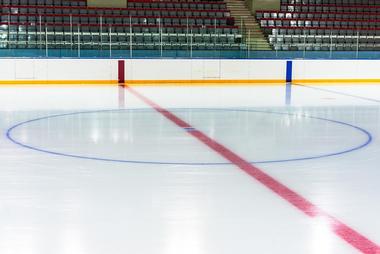 Formerly a convention center, the Mohegan Sun Arena at Casey Plaza is now a versatile, multipurpose venue. There are seats for 8050 spectators. A host of different events have been held at the arena, including the circus, ice hockey games and WWE wrestling matches. Celebrities such as Bob Dylan, Elton John and the Eagles have performed there. The arena is also used for graduation ceremonies and election rallies. The annual Christmas Trans-Siberian orchestra event is also held in the arena.

4.The Downs at the Mohegan Sun Pocono 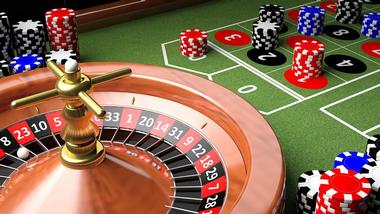 The racino, i.e. race track and casino, was the first facility in Pennsylvania to install slot machines. In 2010, it was also the first to take advantage in the change in the law that permitted table gambling. There are 2300 slot machines and live blackjack, roulette and poker tables. Horse and harness racing events are held almost daily, weather permitting. A sportsbook opened in 2019, enabling punters to gamble online and to bet on a variety of off-site sports and events. There are several dining venues and concessions, four shops and a hotel on the premises. 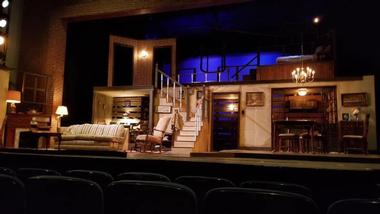 
The first season of the The Little Theatre company was held in 1922. Since then it has put on hundreds of productions and entertained millions of people. It was a testing ground for new talent and a place to gain experience. The company was nomadic until 1955 when it moved into the current premises, a former movie theatre which needed to be renovated in order to make it fit for live performances. The company continues to showcase local talent and is looking forward to celebrating its centenary. 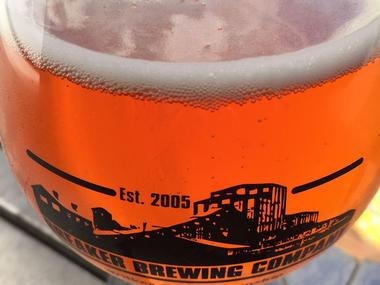 
This micro brewery and brew pub was started as a nano brewery by two amateur brewers. It is housed in a former school building on 2.5 acres of land. They make handcrafted beers in small batches in keeping with the heritage of the coal industry in North East Pennsylvania. From Tuesdays to Saturdays, they serve pastas, paninis and pizzas to go with a selection of beers on tap. On Sunday, a rotating schedule of food trucks provides sustenance. The pub is closed on Mondays. Warning: Parking outside the premises is likely to result in a fine. 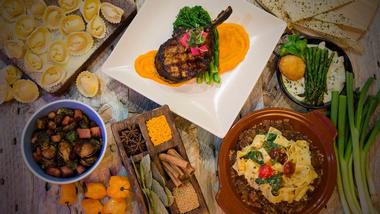 Jim and Kathy Cafarelli opened their own business in 2001. Between them, they had many years of experience in design concepts and hospitality. The Rustic Kitchen concept now comprises four restaurants and a Studio Kitchen which broadcasts live dinner shows. Their endeavors have been rewarded with several awards, including four Emmy's. The ingredients for their pastas, pizzas, seafood and meat dishes are sourced locally, in season. The restaurant at the Mohegan Sun Pocono looks out onto the casino so patrons can watch the action. Large events and intimate dining experience are catered for in the 250 seat venue.

8.Circles on the Square 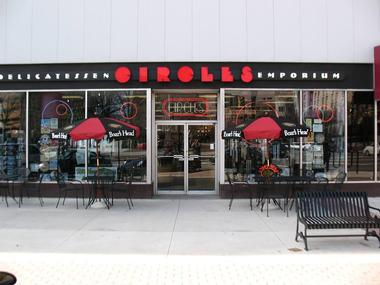 © Circles on the Square

Friends and fellow English majors, Phil and Steve, took 20 years to realize their dream of opening their own business. They returned home in 1985 to set up a delicatessen and gift store in downtown Wilkes-Barre, two blocks from the Susquehanna River. Half of the store was set aside for food and the other half given over to fun and frivolous novelties. The delicatessen offers a large menu for take-out and delivery, on foot, within a block and a half of the store. It is open from Monday to Fridays, during the day and on Saturdays from October to June. The online shop carries a warning about adult content. 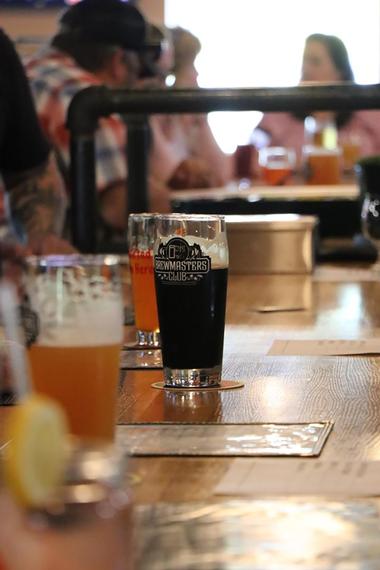 After years of research, Ben Schofield started a nano brewery next to Marty's Blue Room, a restaurant owned by a family member. Not too far away, he later opened his own bar and grill restaurant with an open view of his brewery. There are four flagship, handcrafted beers, four seasonal ones and a range of others sold, on tap and in cans. The venue is extremely popular over weekends and the atmosphere is lively. There are annual events such as the Brewmasters' Barbeque which is held in June. Benny Brewing supplies beers to other outlets in the area.

9 Best Things to Do in Wilkes Barre, PA

9 Best Things to Do in Johnstown, PA

9 Best Things to Do in Washington, PA