6 Best Things to Do in Malvern, Pennsylvania 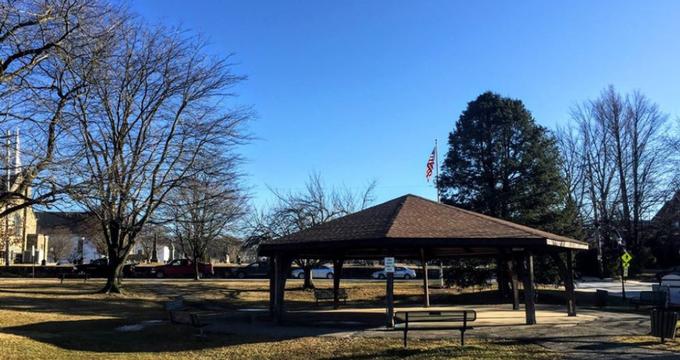 Malvern is a small borough in Chester County, Pennsylvania, about twenty-five miles west of Philadelphia. Malvern is the site of the Paoli Massacre, small but vicious battle in September1777, during the American Revolutionary War. Paoli Battlefield is a historic site that commemorates the event. The stone obelisk surrounded by decorative iron fence marks the graves of those fallen during the battle. People's Light is a one of Pennsylvania’s biggest professional non-profit theatres. Wharton Esherick Museum was the studio of the Malvern craftsman-artist Wharton Esherick. Certain attractions may be temporarily closed or require advance reservations. Some restaurants are currently offering pickup only. Hours/availability may have changed.

People's Light is a professional theatre in Malvern, Chester County, Pennsylvania. Founded in 1974, People’s Light is one of Pennsylvania’s biggest professional non-profit theatres, renowned for their excellent resident artists, interesting productions and innovative, inspiring work with young people. They offer 8-9 plays per seasons, and in each play they tell stories that range from ancient times through the future. The story always has direct relevance and are relatable to the local communities. They produce classics and modern plays, commission and produce new original work: So far they have produced 436 plays and 166 have been premieres. People's Light runs the "Project Discovery" or "Arts Discovery" program that brings youth from 21 high schools to People’s Light each year for free.

With a motto ‘Simply Crafted’, Locust Lane Craft Brewery in Malvern, Pennsylvania provides fresh, simple and classic beer for the craft brew community. Their rustic tap room has fourteen taps featuring flagship, seasonal and test batch beers. It also features a 35' long "live edge" bar with a growler/crowler filling station. There are regular tables, high-top tables and a living room area with a couch and armchairs. Behind the bar is a giant 14' x 7' window through which visitors have a great view of their 15 bbl brewhouse. There are also a few televisions so they do not miss their favorite team’s game. Besides their own beers, Locust Lane also serves Pennsylvania crafted wine, mead, liquor, ciders, bottles water and sodas. Check the social media to find out which food truck is scheduled to serve food at the Taproom on each day.

You are reading "6 Best Things to Do in Malvern, Pennsylvania" Back to Top

Paoli Battlefield is 44-acre historic site in Malvern, Pennsylvania, which was the location of the small but vicious battle during the American Revolution in September 1777. The battle was fought near the Paoli Tavern, a famous local landmark at the time. The Battlefield has been preserved in its original form, as a woodland and farm fields. There was a monument on the grave of those who died during the battle, and a stone wall that protects it. The monument is one of the oldest Revolutionary War battle. Adjacent 22 acres of land was acquired to be used in the19th century as a drill field and parade ground for Chester and Delaware County militia. In 1877, at the Centennial of the battle, a new granite obelisk was placed, and the original stone wall around the grave was replaced by a decorative iron fence. In 1996, the Paoli Battlefield Preservation Fund was created to purchase the site, mark it with explanatory plaques, and open it to the public.

You are reading "6 Best Things to Do in Malvern, Pennsylvania" Back to Top

Located in Great Valley Shopping Center, the Pinball Gallery provides a clean, spacious, family-oriented spot to play a wide range of classic pinball machines. The Gallery has about 50 "free-play" machines that allow visitors to play their favorite games over and over, with no quarters needed. Some of the machines in the Pinball Gallery are for sale, for those who cannot resist having their own vintage machine. Pinball Gallery will repair it and maintain it for you and will even fix the old one you have bought somewhere else. There is also plenty of pinball-related merchandise such as DVDs and tshirts. The Gallery is great place for a very special birthday party or any other fun gathering. There are regular tournaments and leagues for the more competitive players.

You are reading "6 Best Things to Do in Malvern, Pennsylvania this Weekend with Friends" Back to Top or More places to see near me today, what to do, weekend trips


General Warren is an elegant, old-world American restaurant in Malvern, Pennsylvania, located in a historic 1745 inn. Exquisite dining room has exposed beams, white tablecloths, a lovely fireplace and warm lighting, perfect for an evening of celebration or a romantic dinner. There is a beautiful terrace for the warm days and evenings. Executive Chef Joshua Smith uses locally sourced ingredients and classic techniques to create imaginative version of classic dishes such as Beef Wellington (served only at dinner), Snapper Soup served with Sherry, amazing Crab Cakes at lunch, Wiener Schnitzel, Classic Caesar Salad and Bananas Foster made tableside. The restaurant has an exceptional wine collection from all over the world.

You are reading "6 Best Things to Do in Malvern, Pennsylvania this Weekend" Back to Top or Restaurants near me, stuff to do near me

You are reading "6 Best Things to Do in Malvern, Pennsylvania" Back to Top or More must do for couples, what to do near me, places to visit this weekend

6 Best Things to Do in Malvern, Pennsylvania

You are reading "6 Best Things to Do in Malvern, Pennsylvania " Back to Top

9 Best Things to Do in Bedford, Pennsylvania

8 Best Things to Do in Lewisburg, Pennsylvania