12 Best Things to Do in Doylestown, PA 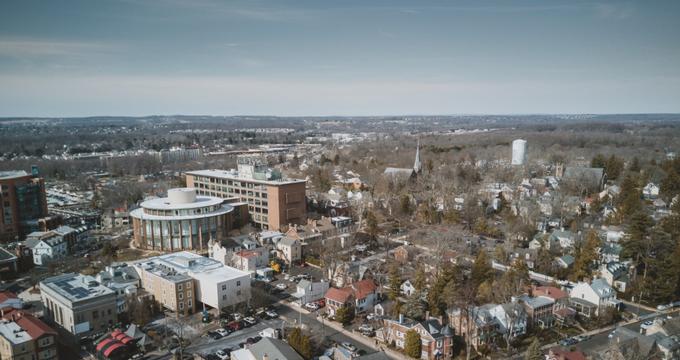 Doylestown is a borough in, and the county seat of, Bucks County, Pennsylvania. It is situated 35 miles north of Philadelphia and 80 miles southwest of New York City. It was founded in 1745 at the intersection of what is now known as US Route 202 and Pennsylvania Route 611. It is named after William Doyle who set up a tavern at that point. The population of the settlement waxed and waned and at one time, the entire historic town center was threatened with demolition until it was saved by civic action. There have been several notable residents of the town, such as Henry Chapman Mercer, Pearl S. Buck, James A Michener and Oscar Hammerstein. CDC information for travelers. Hours/availability may have changed. 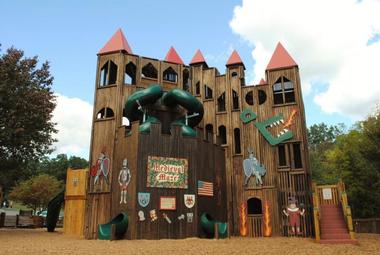 The concept of Kids Castle play center was inspired by Henry Mercer's castles in the town. It is a community project funded by individuals and facilitated by volunteers. It was established in 1997 and through constant use needed to be refurbished in 2013. The center is divided into four 'kingdoms' and caters for children of all abilities, specifically those with special visual, auditory, cognitive and mobility needs. It is constantly evolving, with new activities being added. Commemorative bricks and children's artwork, inspired by Mercer's tiles, are sold to raise funds.

Fonthill was the eclectic and eccentric home of Henry Chapman Mercer. It is an autobiographical representation of his life as an archaeologist, historian and leader of the American Arts and Crafts Movement. The design was drawn from his readings, his travels and his own fertile imagination. The castle was constructed using poured concrete and comprises 44 rooms, 32 staircases and 18 fireplaces. There are more than 200 windows of varying shapes and sizes that bring light into the multiplicity of interior spaces. Tiles that he made and collected around the globe are used extensively. There are are 7000 prints on the walls and 6000 of his books in the library.

The six-story Mercer Museum is one of three concrete buildings erected by Henry Chapman Mercer. He foresaw the advent of the industrial revolution with its plethora of machine-made goods and set about collecting outmoded hand-made artifacts from daily life from the 18th and 19th centuries. Of the 40000 items on display, 30000 were collected by Mercer himself. He designed the building and devised a cataloging system for his collection. The towering central atrium houses large objects such as a whaling boat and a stage coach. There are a total of 55 exhibit areas and alcoves. The museum has been declared a National Historic Landmark.

James A. Michener, a popular novelist, Pulitzer Prize winner and Doylestown resident, was a major driver of the establishment of this museum. He initially donated $500000 and a portion of his art collection. Ultimately, his contribution would total $8.5 million. The private museum was established in 1988 in a former prison building that had been built a century earlier. The premier attraction is a collection of Pennsylvania Impressionism, a movement from the early 20th century. A replica of Michener's office is a permanent exhibit. The museum also has a sculpture garden, reading room, shop and café. 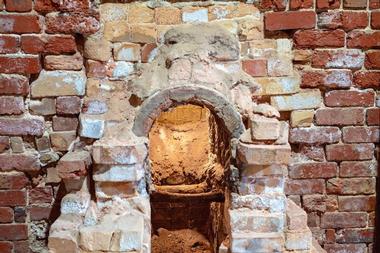 
The pottery works were built and used by Henry Chapman Mercer who was the director of the enterprise from 1898 to 1930. It is now a living, working museum. Tiles are produced using molds made from Mercer's original designs. The clay is locally sourced and is much the same consistency as that used by Mercer. During his tenure, no potters' marks were used. After his death, a mark was introduced to distinguish the reproductions of his tiles that are made at the works. Self-guided, audio tours run every half hour and visitors can purchase memorabilia on site. Workshops and apprenticeship programs develop the skills needed to keep the industry alive.


Pearl Buck lived on Green Hills farm for almost 40 years, from 1933 to the late 60s. She completed several of her works on the 67 acre homestead. The house is an example of 19th century Pennsylvania architecture and was constructed out of coursed fieldstone. The author added several extensions, including two libraries. In 1980, a museum was established and the property was listed as a National Historic Landmark. Twelve rooms are open for viewing and in the grounds are her gravesite, greenhouse and award-winning gardens. Pearl S. Buck International runs diversity and inclusion programs at the museum.

7.Our Lady of Czestochowa

Our Lady of Czestochowa is a Polish American Roman Catholic place of pilgrimage for all nations. In 1951, Fr. Michael Zembrzuski brought a faithful copy of the icon of Our Lady of Czestochowa to America from Poland. It had been blessed by Pope John XXIII and was the basis on which the American church was built. In 1955 a small wooden chapel was built but soon had to be replaced with a larger structure. The current 170 acre complex houses 15 chapels, conference facilities, a retreat house, a cafeteria and Polish delicatessen. Daily, weekend and special masses are conducted and annual Polish American festivities are observed.

The Central Park in Doylestown is 125 acres of green space on the outskirts of the city. It was purchased from the Delaware Valley College in 1995 and 30 acres are leased back to the college for urban farming. It is the home of Kids Castle and the Environmental Education Center. There are basketball courts, soccer fields, tennis courts and trails for walking and cycling within the park. The amphitheater is the venue for music concerts and movies in summer. A sensory trail has been laid out for people with special needs and a large portion has been left as uncultivated meadowland.

9.Our Lady of Mount Carmel Church

In 1850 the parish of St Mary was founded in Doylestown and in1855 ground was broken for the construction of the Our Lady of Carmel church. In 1876, St Bernard's elementary school was established and in 1949, took on the name of the church. The quality of education was acknowledged when the school was awarded a Blue Ribbon of Excellence. In 1968, the small church, convent and rectory were demolished to make way for the new building. Masses are held daily, over weekends and on holy days. More than a thousand of the parishioners are active in lay ministry, in hospitals, nursing homes and prisons.

Honey restaurant serves aggressively seasoned, unique dishes. The meat, fish and vegetarian menu items are served on small plates so that diners can taste more than one dish or order a variety for the table. The menus are constantly evolving as the popularity of dishes changes. The slow cooked meals are designed for slow dining. The bar offers a range of specialty cocktails, Pennslyvania craft beers, liquid desserts and non-alcoholic beverages. The restaurant opens at 5 pm and serves dinner only. It is closed on Mondays.

Lilly Salvatore brought her extensive restaurant expertise to Doylestown in 1998. She offers full service dining in a relaxed café-style atmosphere in the historic heart of Doyleston, across the street from the court house. On the same premises, Lilly opened the Jury Room, in collaboration with Geronimo Brewing. A rotation of micro brews, served with her overstuffed artisan sandwiches, attracts business people, jurists and tourists. Customized menus are developed for catered occasions, from intimate occasions to large celebrations. The eatery is open from 10 am to 3 pm daily.

The first Piccola Trattoria was opened in 1999. In 2016, a branch was opened in Doyleston. They serve modern and traditional Italian cuisine and have a range of menus for brunch, lunch, dinner and Sundays. The restaurant offers an event planning service and can cater for outside events, from buffets to banquets. The preparation and other processes are constantly being refined and the company has recently launched Piccola Pronto, a fast food, build-your-own pizza and pasta parlor which has been franchised. The chain runs a range of fundraising campaigns with names like Dough-nate, Feed the Knead and Raising the Dough. 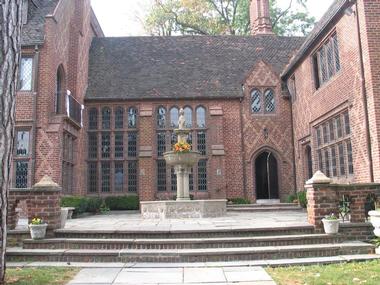 A crispy-crusted French-style roll distinguishes the Factory's hoagies from those made elsewhere. The rolls were developed in-house, after much trial and error, and are made daily on site. Dave Christy owns three Factory sites and brought the concept of 'fresh, fast food, made to order' to Doylestown in 2004. The outlet is next to the Mercer Museum and has a sizable parking lot with plenty of free parking. Catering is in the form of platters of sandwiches, wraps and dips. Customers can order take-out and request deliveries. The restaurant is open till 4 am on weekends.

12 Best Things to Do in Doylestown, PA

15 Best Things to Do in Bethlehem (Pennsylvania)

8 Best Things to Do in Lewisburg, Pennsylvania