Things to Do in Oregon: Whale Research EcoExcursions and the Whale, Sea Life and Shark Museum 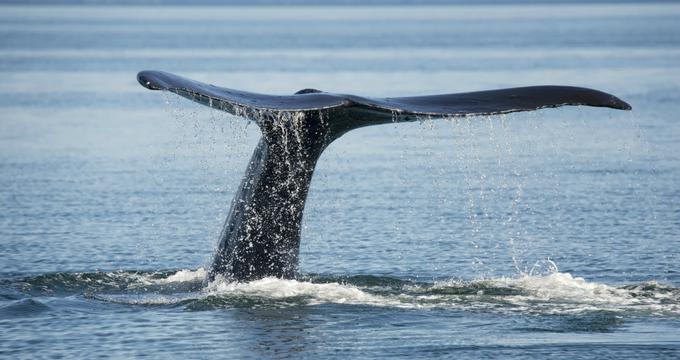 Whale Research EcoExcursions is a tour operator offering whale watching tours in Depoe Bay, Oregon. The same location is also the site of the Whale, Sea Life and Shark Museum, which is in association with the tours. The museum is the only one of its kind in the state of Oregon, and it is also the only museum in the world to focus on grey whales. The museum and its focus were the dream, now the reality, of Carrie Newell. A marine biologist for two decades, Carrie wanted to put all of her marine-related artifacts on display and inform as many people as possible about the intelligence and individuality of grey whales.

Inside the museum are various displays and exhibits on marine life as well as placards bearing facts and information about them. One large display on the wall gives details on the grey whales that can be “adopted.” A painted illustration of whales in the sea can be seen above the information on each whale. The whales are summer residents and appear in this area at roughly the same time each year.

The shark exhibit displays the bones, jaws, and teeth of real sharks as well as a 3D shark head coming out of the wall. Information, placards, and posters inform visitors with extra details on the habitat and habits of sharks. The exhibit is spread across a large wall and also has 3D sharks suspended in the air above it. There is a range of opportunities for visitors to have their photo taken with various backgrounds and 3D shark figures. Visitors can even be photographed with their head inside a picture of a shark’s mouth!

Another exhibit is the sea bird exhibit, which showcases a range of artifacts, 3D displays, and information on local birds as well as on species from further afield. Visitors can view a staged scene, where an arrangement of imitation birds and the landscape in which they are found is displayed using realistic scenery. Further exhibits detail sea shells, bones, and artifacts of sea creatures that have been found over the years. A large exhibit with both 3D and painted walruses, seals, and sea lions on the wall is known as the Pinnipeds Exhibit, where visitors can learn about these fascinating species.

Inside the museum there is also a theater where visitors can view looped educational and informative videos about whales and sharks. Before the tour, visitors watch a video to familiarize themselves with the ocean and the sea creatures they may see. The on-site gift shop sells a range of gifts such as t shirts, sweaters, books, and stationery.

One of the main attractions at the museum is the associated tours. Each tour is accompanied by either a marine biologist or marine naturalist captains. The tours are staggered throughout the day and usually go out four times a day, providing the sea is not rough. An educational introduction is given to visitors before they go on the trip by Carrie, who speaks about whale lice, whale models, and whale barnacles as well as baleen whales in general and the resident whales seen on the tours. The tours usually run throughout the 12 months of the year, but the summer months, specifically June to September, are the best months to see the migratory grey whales. In February to April the whales migrate northward while in December to January they head southward. Oregon Whales offer a membership scheme that allows for discounts on whale trips, purchases in the gift shop, and admittance.

The Adopt a Whale program allows visitors to “adopt” those whales that are annual summer residents. Those who adopt received a photograph of the whale they are sponsoring as well as an information sheet, adoption certificate, and discounts on future whale tours. The whales eligible for adoption are Scarback Rambolina, Lucky Fishbone, Morisa Bullseye, DD Eagle Eye, U-Fish Comet, Ice Cap Ridgeback, and Blanco O'Valentine. The sponsorship money goes towards free summer trips for those who cannot afford them as well as to the education of the public and to whale research.

Back to: Best Things to Do in Oregon