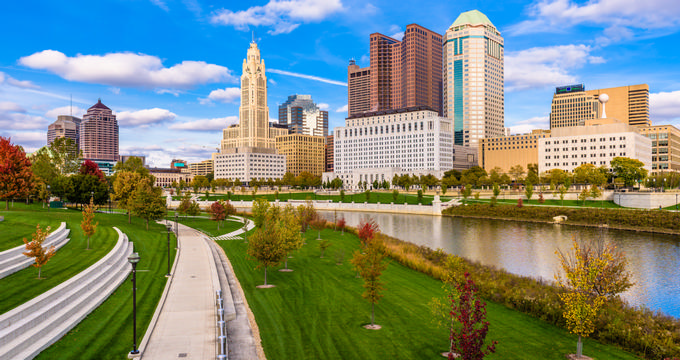 Located in the Great Lakes region of the United States, Ohio is the 34th largest state in terms of its physical size and 7th in terms of its population, making it one of the most densely populated states of all. The state is named after the Ohio River that runs through it, with the word 'Ohio' coming from an old Iroquoian language word meaning 'Good river'.

Ohio was the 17th state and is known as the 'Buckeye State' due to its native buckeye trees. People who live in Ohio can also be referred to as 'Buckeyes'. The state capital of Ohio is Columbus, which is also its largest city, and the entire state has a population of around 11.6 million. Ohio covers a total area of 44,825 square miles. The Buckeye State is traditionally seen as a very important swing state in political elections. Let’s take a closer look at some of the largest cities in Ohio. 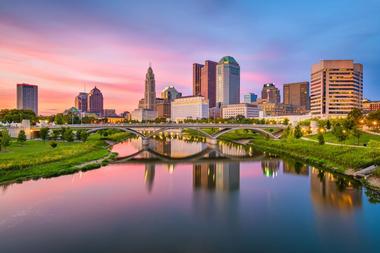 As previously mentioned, Columbus is the state capital of Ohio and is also the largest city in the state. Columbus has an estimated population of 879,000 people, with over 2 million living in the surrounding metropolitan area. The city of Columbus covers an area of 223.11 square miles and is located in Franklin County, which is situated right in the center of the state.

The city of Columbus has various nicknamed including 'Discovery City' and 'Biggest Small Town in America' and is regarded as a great place to live and work due to high average incomes and quality of life. The city has a rich, diverse economy with a lot of different businesses, along with many tourist attractions and historical monuments. 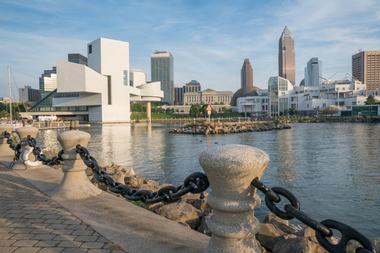 Cleveland is the second biggest city in Ohio. Known as 'The Forest City' due to the many trees and green spaces in and around the area, Cleveland is situated in Cuyahoga County in the northern part of Ohio and actually sits on the shore of Lake Erie, one of the five Great Lakes of North America. Cleveland covers an area of 82.46 square miles and has an estimated population of 388,000, with over 2 million in the surrounding metropolitan area.

The city of Cleveland was founded in 1796 and named after Moses Cleaveland, a lawyer and soldier who founded the city. Cleveland is known as one of the key commercial and cultural hubs of Ohio, home to unique monuments like the Rock and Roll Hall of Fame. 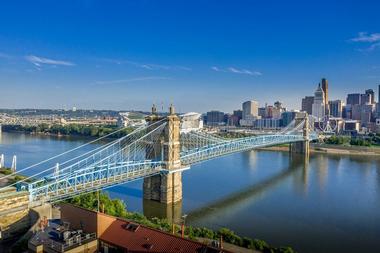 Cincinnati is the third largest city in Ohio. Located in Hamilton County in the southwestern part of the state, Cincinnati was constructed at the confluence between the Licking River and Ohio River and is part of the Cincinnati-Middletown-Wilmington statistical area.

Cincinnati has an estimated population of around 301,000 people, with more than 2.1 million in the surrounding metropolitan area, and covers 79.54 square miles of land. The city was founded in 1788 and named after the Society of the Cincinnati, which, in turn, was named after a Roman military leader called Lucius Quinctius Cincinnatus. 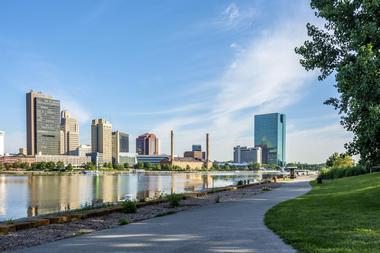 Located in Lucas County, Toledo is the fourth biggest city in Ohio. This city is located in the northwestern part of the state on the border with Michigan. Toledo covers an area of 84.12 square miles in total and has an estimated population of around 280,000 people, with over 608,000 in the surrounding metropolitan area.

The city was founded on the Maumee River and played a central role in the Toledo War of 1835-36.There are various legends and stories regarding the naming of the city, with some suggesting it was named after the Spanish city of the same name. Toledo is nicknamed 'The Glass City' due to the fact that glass manufacture was a big part of its early economy. 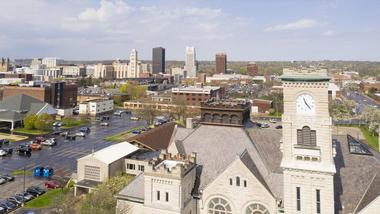 
Akron is the fifth biggest city in the state of Ohio. This city is located in Summit County in the northeastern part of the Buckeye State, not too far away from Lake Erie. Akron has an estimated population of 197,000 people, with over 700,000 in the surrounding Greater Akron area.

The city was founded in 1825 on the Little Cuyahoga River and was named after a Greek word denoting a highly elevated location. Rubber production has been a big part of Akron's economy for many years, with the world-famous Goodyear brand being founded in the city. Due to this fact, the city of Akron has earned nicknames like ‘Rubber City’ and ‘Rubber Capital of the World’.