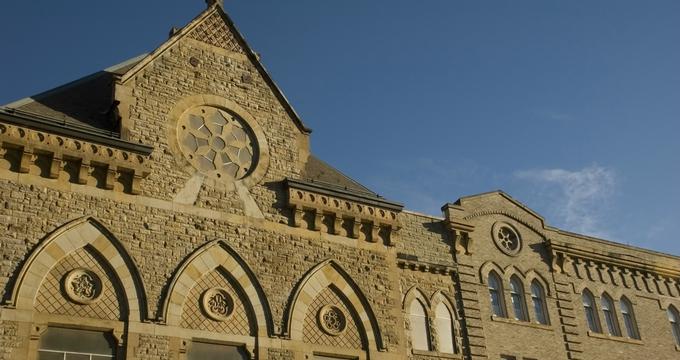 Situated in northeast Ohio, Canton is a friendly city that is renowned for its Pro Football Hall of Fame, which honors National Football League players through a variety of outstanding permanent and traveling exhibitions. Canton, OH and the surrounding region boast a wealth of attractions and activities for the whole family. Top attractions include the Pro Football Hall of Fame, the domed William McKinley Tomb, and the McKinley Presidential Library and Museum. 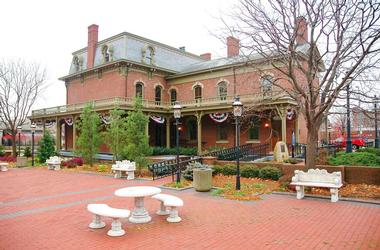 Founded by Mary Regula, wife of former US Representative Ralph Regula, in 1995, the National First Ladies' Library is an organization dedicated to educating visitors about the important role of the first ladies of the United States and their vital contributions throughout history. The National First Ladies’ Library consists of the Ida Saxton McKinley House and the Education and Research Center, which features a modern exhibit space, a research library, a beautifully preserved 91-seat Victorian theatre where films about the first ladies are shown, archival storage and processing rooms, and administrative offices. The Saxton-McKinley House was the family home of President William McKinley 's wife, Ida, and is historically significant as being the only residence with direct historical ties to President William McKinley remaining in his hometown of Canton.

The Pro Football Hall of Fame honors the top players in professional American football. Established in Canton, the birthplace of the National Football League, in 1920, the hall of fame has grown from a 19,000-foot, two-room building to the 82,307-square-foot structure it is today, which features a GameDay Stadium and a 20’ by 42’ Cinemascope screen that shows NFL films. The Pro Football Hall of Fame chronicles the history of professional American football and showcases the sport’s top players, of which there are currently 310 inductees. Visitors can explore the hall of fame alone or join a guided tour, which is led by experts in the field who share fascinating facts, figures, and anecdotes about the players and the game.

The Blue Water Majesty Museum is a small home-based museum that features the intricate and impressive work of Larry Pulca, who creates handmade, museum-quality bone and wooden model ships. One of only a dozen master artists who build model ships exclusively from exotic woods, such as African mahogany, ebony, and Jatoba, Larry Pulca has been building model ships for more than 30 years. Ships are made to exact scale from copies of the original blueprints, which he purchases from reputable institutions such as the Smithsonian, with construction beginning from the keel with as many as 150,000 hand-made pieces. Model ships in the museum include replicas of The Rattlesnake, The Constitution, and a frigate. Group tours of the museum can be arranged.

The Amateur Sports Hall of Fame is a local hall of fame that celebrates and honors the heroes of local football and a variety of other sports, including basketball, billiards, bowling, swimming, and wrestling. One of Canton's best-kept secrets, the museum is based in an historic mansion at 1414 Market Avenue N that dates back to 1908, which features three floors of exhibitions and displays showcasing memorabilia, sports equipment used by local amateur athletes, photographs, items, and other sports-related objects. The museum is home to the game-day gear of hometown hero and former New York Yankee Thurman Munson, along with any other interesting facts, figures, and exhibits about local sporting heroes.


The Canton Classic Car Museum is dedicated to exhibiting rare and unusual classic and vintage automobiles. Established by Marshall Belden, Sr. in 1978, the museum features over 40 beautifully preserved classic cars, including a 1901 curved-dash Oldsmobile, a 1911 Model T Ford, a 1966 Ford Mustang, and 1970 Plymouth Super Bird. The museum also showcases an array of memorabilia, car-related items and objects, vintage toys, historical photographs and movie posters, and other automobilia relating to some of the world’s most famous and beautiful cars. A large gift shop sells a variety of souvenirs, clothing, merchandise, games, toys, and model cars and is open during museum hours.


The Canton Museum of Art is an open community arts organization dedicated to encouraging, inspiring, and promoting fine arts in the city. Established in 1935, the Canton Museum of Art is located in the beautiful complex of the Cultural Center for the Arts in downtown Canton and houses a permanent collection of works that focus on 20th and 21st century American art as well as contemporary ceramics. The Canton Museum of Art also offers a range of educational programs, art classes, workshops, and lectures throughout the year, and hosts special art-related events such as family days and the ever-popular Christkindl Markt during the holidays.

Harry London Candies, Inc. is a confectionary store and factory that produces and sells high-quality chocolate products, caramels, mints, and toffees. Based in North Canton, the company offers free tours where visitors can learn about the history of Harry London, explore the facility and watch how chocolate and other sweets are made, and sample some delicious chocolate and handmade gelato. The tour begins with a short film and a walkthrough timeline showcasing the history of Harry London and how they have grown from humble beginnings into a large international company. The tour ends with sweet treats and samplings and tastes of chocolates, caramels, and mouthwatering gelato.

The Historic Zoar Village is a quaint village that is famous for being one of the most successful communal settlements in American history. Established in 1817 by a group of German religious separatists, who were looking to escape religious persecution in their homeland, Zoar Village is a living example of how a community can build itself into a unique society and thrive for more than 100 years. The historic village is home to beautifully preserved houses, museums, theaters, wineries, and other buildings that showcase early American architecture and are surrounded by rural village scenery. Tours of the Historic Zoar Village explore the history, culture, art, and design of the iconic village, and there are plenty of other activities to enjoy such as shopping, wine tasting, theater performances, and more. 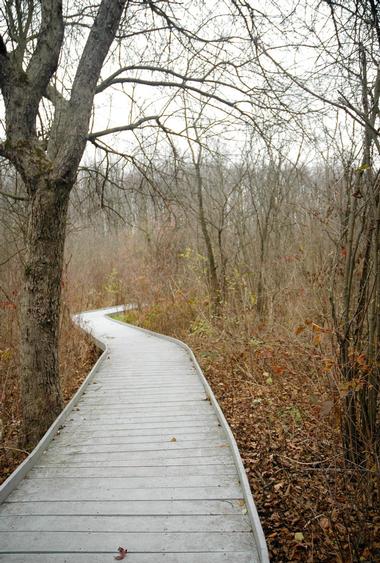 The Jackson Bog State Nature Preserve, also known as the Jackson Bog, is a 58-acre nature reserve located in northern Stark County that is home to more than 20 state-listed rare plants. The Jackson Bog State Nature Preserve features several artesian springs and seeps created by groundwater from glaciers that advanced into Ohio more than a million years ago. Jackson Bog is a fen or a wet prairie and is home to several populations of flowering and carnivorous plants, including the shrubby cinquefoil and the northern pitcher plant as well as rushes, sedges, and many species of migrating songbirds and waterfowl.

The MAPS Air Museum is dedicated to inspiring and educating visitors about the history of military aviation. Located on the west side of the Akron-Canton Regional Airport in Green, Ohio, in a former US Air National Guard hangar, the museum is managed by the Military Aviation Preservation Society and features a variety of aircraft on display, including an F-14 Tomcat, a MiG-17, an F-11 Tiger, and an F-4 Phantom. In addition to the airplanes, the museum also has a Goodyear blimp, three helicopters, and the gondola from the Spirit of Akron, along with a collection of rare artifacts. The MAPS Air Museum also boasts a display room called the Gallery of Heroes, which showcases period items and detailed models of aircraft from various wars. 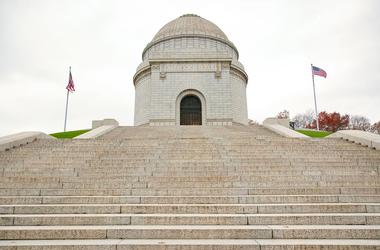 The William McKinley Presidential Library and Museum is the presidential library of the 25th President of the United States, William McKinley. Owned and operated by the Stark County Historical Society, the library and museum chronicles the life and career of William McKinley and how he built his career as a lawyer and prosecuting attorney and later as a congressman, governor, and then the president of the country. The museum is home to the most significant collection of McKinley artifacts in the world and has a modern science center with fossils and wildlife as well as a planetarium show. The museum also features displays of other objects and items about the surrounding city of Canton.

The Canton Brewing Company was the first brewery to open in Canton. Founded by Bavarian-born Otto Giessen in 1883, the Canton Brewing Company was built with a strong focus on Canton’s fascinating local brewing history and today produces three core beers and a selection of seasonal and rotational beers as well as barrel-aged and limited release beers. The brewery hosts a variety of events each month, from live music and paint nights to yoga classes and quarterly beer dinners, and visitors can enjoy guided tours of the brewery with samplings of the eight beers on tap, which include Tuscora Pilsner, Tiny Tusc Kolsch, Spiced Saison, Cascade Pale Ale, Red Wine Barrel Aged Apella Belgian Strong Dark, DIPA: A Double IPA, and Carpe Noctem Coffee Porter. 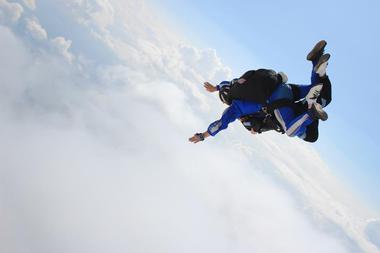 Canton Airsports is an adventure company that offers tandem skydives and complete skydiving courses for all levels from beginners to advanced. One of the oldest skydiving schools in the world and conveniently located at the Barber Airport just 3 miles north of Alliance, Canton Airsports has been taking people to the sky for more than 44 years with an outstanding team of professional United States Parachute Association (USPA) certified skydiving instructional staff. The head office, classroom, hangar, and parachute-rigging loft are located next to the large open drop zone at Barber Airport, and free camping is provided near the drop zone for those guests not wanting to stay in a hotel, of which there plenty nearby. 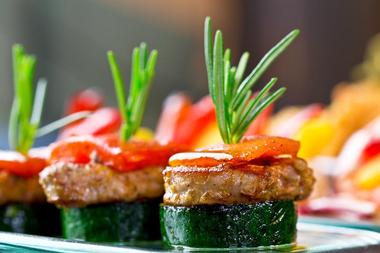 Canton Food Tours offers a fun and foodie way to explore Canton with an array of walking and van-based tours around the city. Catering for groups of six people or more, Canton Food Tours explore Canton and the surrounding areas while sampling some of the best food and drinks on stops along the way. Public and private tours are available, and customized tours for specific events can be arranged. Tours include an Afternoon Hall of Fame City Tour, an Evening Hall of Fame City Tour, and a Canton Underworld Experience Tour, all of which are led by passionate and experienced guides who share their love of food and the city with guests.

Places to eat near me, free points of interest, lakes near me, waterfalls, weekend getaways near me: Boston, Eureka 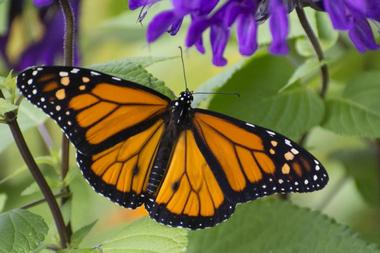 NEO Brew Tours offers a unique Ohio experience, with guided tours to local breweries, winemakers, and leaders in the industry. Tours are led by experts in the fields, who share their knowledge and passion about brewing, winemaking, local cuisine, and more, and visitors can enjoy two sample tastings of beer and wine at three locations around the city. Tours are conducted on air-conditioned buses, and bottled water and pretzels are provided on the bus. There is a variety of educational films about beer, wine, mead, and Canton’s rich history if required.

25 Best Free Things to Do in Cleveland Year Round

25 Best Things to Do in Columbus, Ohio