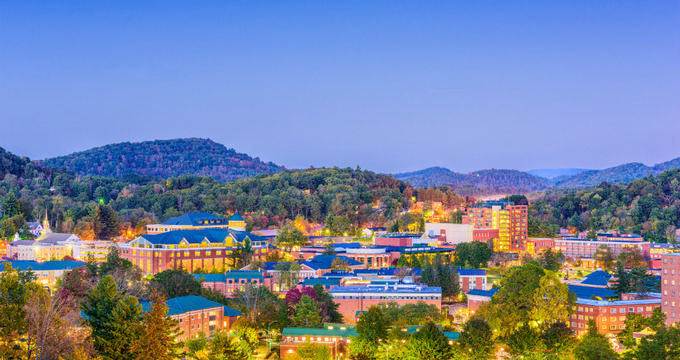 Situated among the Blue Ridge Mountains in the western half of North Carolina, the beautiful town of Boone is the largest incorporated community in Watauga County and the surrounding High County region of the state. Boone covers an area of 6.07 square miles and has an estimated population of almost 19,000 people. It's the home of the Appalachian State University and has been ranked as one of the best small towns in which to reside in North Carolina.

The town is named after Daniel Boone, a famous pioneer and explorer who helped to settle the area that would eventually become the state of Kentucky. Daniel Boone stopped off and camped in the area regularly and his nephews settled there and were members of the first church to be built in Boone. The town thrived in its early years thanks to the railroad connections via the East Tennessee and Western North Carolina Railroad, but a flood in 1940 destroyed the tracks and they were never replaced, which hit the town hard.

Fortunately, the popularity of the Appalachian State University helped to keep people coming to the town and Boone also became well-known for its outdoor drama 'Horn in the West', which tells the tale of British settlers arriving in the area and the subsequent acts of the Revolutionary War, with Daniel Boone himself playing a starring role. As well as the university and show, Boone is also home to various historic buildings and is popular with people looking for a little Appalachian culture.

Elevation is one of the most important geographical statistics of any town or city. It has an influence on the city's climate conditions and is also an important factor in town planning and architecture. Elevation refers to the height of an area above or below sea level and is measured in feet or meters. The elevation of Boone is 3,333 feet (1,015.9 m), putting it above the national average of 2,500 feet (760 m) and well above the elevations of most major cities around the nation, with most of them being built at elevations of 500 feet (152 m) or less.

3.Climate and Things to Do in Boone, NC 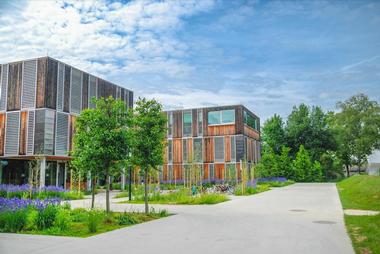 The town of Boone has a humid continental climate, with its high elevation resulting in relatively mild temperatures, even in the warmest months of the year. In July, for example, the average highs are quite warm at 78°F (26°C), but the temperatures can also drop to average lows of 58°F (15°C). The coldest month of the year is January, with average lows of 21°F (-6°C) and lots of snow can fall from December through to early March.

The biggest and most well-known attraction in Boone is the 'Horn in the West' outdoor amphitheater drama, which is shown in the summer. Plenty of people visit the city simply to see the show, and many young people to go to Boone due to the Appalachian State University. The town is also associated with Appalachian storytelling culture and art, and features several historic places like the Daniel Boone Hotel and Blair Farm.

12 Best Things to Do in Highlands, NC