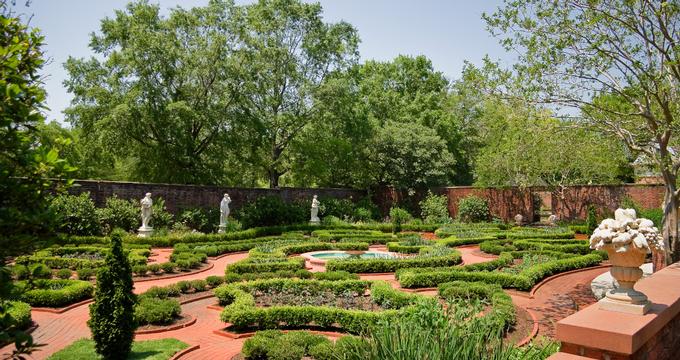 Set at the confluence of the Neuse and Trent Rivers in Craven County, New Bern, NC is a riverfront city near the North Carolina coast and is the second-oldest European-American colonial town in North Carolina next to Bath. The city is home to a variety of cultural and historical sites, museums, galleries, urban parks and gardens, and plenty of attractions and entertainment for the whole family. CDC information for travelers. Hours/availability may have changed.

Carolina Creations is an art gallery overlooking the Neuse River that focuses on artworks from over 300 local and international artists. Owned by Virginia Spencer, Carolina Creations features artworks across an array of mediums, ranging from paintings, drawings, ceramics, sculptures to glass items, jewelry, pewter and bronze pieces, furniture, and home decor. Carolina Creations Fine Art & Contemporary Craft Gallery presents an annual Valentine card sale as well as a benefit for the Craven County School to raise funds for their art programs. 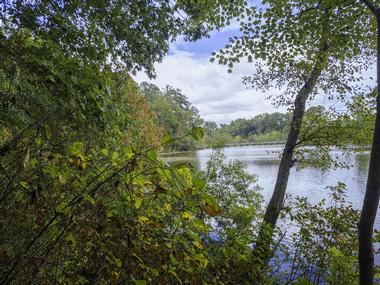 Latham-Whitehurst Nature Park is a public nature park located in a quiet eastern section of the town of New Bern and is a popular destination for recreational activities and outdoor adventures, ranging from hiking, biking, and kayaking to fishing and birdwatching. The park boasts a wealth of amenities, including a 2,000-foot boardwalk that winds its way through the park and offers lovely views of wild Broad Creek, an on-site dock with a fishing area, and a canoe and kayak launch. There are more than 16 miles of hiking and biking trails, picnic shelters with tables and benches, and spectacular natural scenery along the banks of Broad Creek. 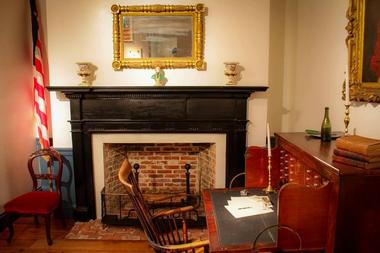 You are reading "16 Best Things to Do in New Bern, NC" Back to Top

Long weekend getaways with friends near you, weather, best small towns, what should I do in for couples, cheap, with friends, nearby, now, tonight, fun things to do near me: WA, Charleston, New England, Cleveland, San Diego 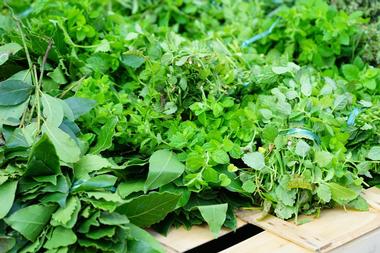 The New Bern Farmers Market is a weekly farmers market that sells a variety of fresh produce, fruit and vegetables, freshly baked bread and sweet treats, handmade arts and crafts, and other specialty items. Established in 1984, the New Bern Farmers Market consists of a diverse group of vendor-members and offers a creative outlet for artisans and producers in the region, who gather to sell their wares ranging from fresh eggs, dairy products, and grass-fed beef to handmade clothing, artworks, and fresh flowers. The only year-round farmers market in the area, the New Bern Farmers Market is open on Saturdays from 8:00 am to 2:00 pm, while Tuesdays it is open from 8:00 am to 2:00 pm April through December only. 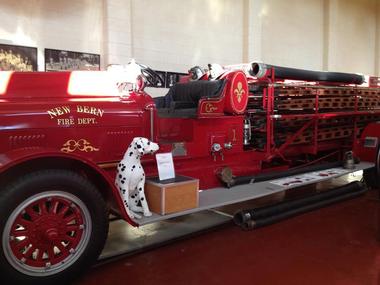 
The New Bern Firemen’s Museum is dedicated to preserving the history of firefighting in New Bern. Established in 1955, the museum tells the story of the oldest fire company in the state and houses an array of hands-on exhibits and an impressive collection of authentic memorabilia. The museum highlights the history of the Atlantic Hook & Ladder Company and the New Bern Steam Fire Engine Company No. 1 and offers a fascinating insight into the Great Fire of 1922, which destroyed more than 1,000 buildings, leaving much of the city in ruins. The New Bern Firemen’s Museum is open Monday through Saturday from 10:00 am to 4:00 pm. 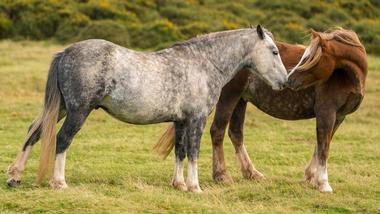 
Shackleford Banks Shelling & Wild Horse Expedition offers eco-tours of the pristine Shackleford Banks, the 9-mile-long southernmost barrier island of the Cape Lookout National Seashore, which is home to the famous wild horses of Shackleford Banks. The free-roaming herd of horses is thought to have descended from Spanish horses that were shipwrecked here over 400 years ago and continue to survive as one of the last isolated groups of wild horses in the United States. The beautiful barrier island on which the horses live is an ecological jewel of natural beauty and wind-shaped dunes, which naturalist guides lead visitors around, sharing their knowledge of and passion for the remote islands.

You are reading "16 Best Things to Do in New Bern, NC" Back to Top

Where can I go for top-rated things to see near me, fun things to do today, with toddler, social distancing, beach and last minute resort ideas for couples: CT, IL, CA, MD, VT, VA, Atlanta, From Chicago, MD beaches

Stand Up Outfitters is a paddler-powered SUP specialty shop that offers a variety of stand-up paddling equipment to buy and rent, along with lessons, workshops, events, and tours. Established in 2011, Stand Up Outfitters is based on the banks of Lawson Creek with a premier waterfront location and easy access to the Neuse and Trent Rivers and blackwater, downwind, and flatwater paddling. Stand Up Outfitters also houses a SUP club with storage facilities for members, a SIC Maui Glide Center, and a fully stocked retail center for stand-up paddling, surfing, skating, and kayaking equipment.

The Trent River Coffee Shop is a local neighborhood café and coffee shop that serves a variety of freshly baked bread and pastries, sandwiches, and light snacks along with house-roasted coffee and imported loose leaf teas. Housed in a former factory, the unique coffee shop and community gathering spot offers cold milkshakes and Italian cream sodas in the warmer summer months and a host of coffee and warm drinks in the winter months and provides comfortable seating, pet-friendly facilities, and complimentary wireless Internet access. 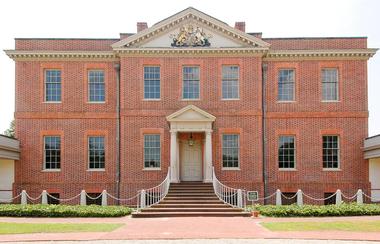 Tryon Palace, also known as the Governor's Palace, is an historic building that was once the administrative headquarters and official residence of the colonial governors of North Carolina in the 18th century. Today, the building is known as Tryon Palace and is renowned for being North Carolina’s first permanent state capitol. Surrounded by 16 acres of beautifully manicured gardens and grounds, it represents three centuries of landscape and gardening heritage, which can be seen by visitors on guided tours. Tryon Palace is a state historic site and the magnificent building, annexes, and gardens can be explored Monday through Sunday throughout the year.

TugBoat Cruises of New Bern provides leisurely tugboat cruises in the local harbor. Hosted by Captain Jim Ward, cruises are customized to suit a variety of needs, from historical and cultural tours to wildlife photography and special celebrations. Located in front of the Doubletree Hilton Hotel in the New Bern Grand Marina on E-dock, tours are operated on tugboat-type boats with professional crew and take in all the sights and sounds of the beautiful Neuse and Trent Rivers and Brice Creek. TugBoat Cruises of New Bern also cater for private occasions such as romantic dinners on the water and one-of-a-kind weddings. 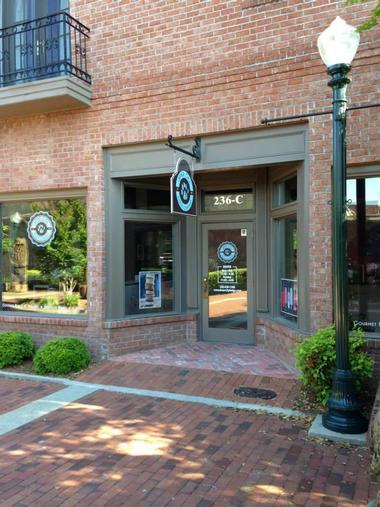 Bear City Fudge Company is a neighborhood confectionary store that produces and sells a variety of cakes and sweets, including gourmet fudge, pralines, and homemade ice cream. Founded in 2003, Bear City Fudge Company is located along Middle Street in the downtown area and is a prime destination for all things tasty in the heart of the town. Visitors can tuck into a range of colorful goodies ranging from sweet Southern pralines to decadent fudge of all varieties, stunning truffles and caramels, and a selection of mouthwatering flavors of ice cream. Bear City Fudge Company is open all from 11:00 am to 6:00 pm, 7 days a week.

The Beer Army Burger Company is a friendly tavern-style restaurant and craft brewery taproom that serves a menu of 16 rotating draft beers and two house-brews, handcrafted cocktails, and other libations along with a small menu of pub grub such as juicy burgers and chicken wings. The mellow gathering place features a 25-foot solid mahogany bar and comfortable seating where guests can sample some of Coastal Carolina's premier craft beers. The Beer Army Burger Company is open for lunch and dinner, 7 days a week, and hosts a variety of events throughout the year. 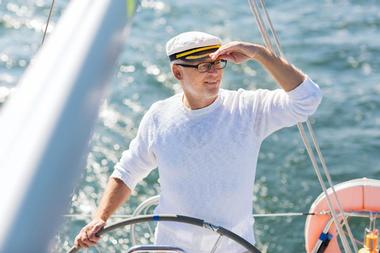 Cruise the Neuse Pontoon Boat Tours offers three daytime cruises and a sunset cruise on the Neuse River. Cruises are provided on a 24-foot pontoon boat that departs from the DoubleTree Hilton in downtown New Bern and cruises up and down the river for a scenic 1 to 1.5-hour trip. Tours are led by expert guides who share their passion for the river and the city with guests, along with the history and essential facts of the area. Cruises pass beautiful historical homes and scenic riverside landscapes en route and guests can bring drinks and snacks to enjoy on the journey. Cruise the Neuse Pontoon Boat Tours also offers sunset cruises, which head due west up the Trent River to catch the sun sinking below the horizon against a backdrop of soft music. 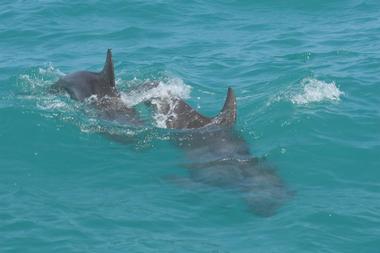 Crystal Coast Lady Cruises offers a variety of cruises, trips, and tours on the Neuse and Trent Rivers in Craven County. Cruises are operated on a 100-foot all-aluminum custom-designed motor yacht called the Crystal Coast Lady, which features a fully enclosed large upper deck and a climate-controlled cabin on the main deck. The boat also boasts two restrooms on each level, two full service bars and serving stations, a well-stocked gallery, a kids’ steering station, plenty of indoor and outdoor seating for up to 265 guests, and state-of-the-art electronics and safety equipment. Cruises and trips include scenic brunch and lunch cruises, family fishing trips, sunset dinner cruises, educational tours, and special events such as weddings.

Places to eat near me, free points of interest, lakes near me, waterfalls, weekend getaways near me: Underwater hotel, Oldest City in USA, USA islands 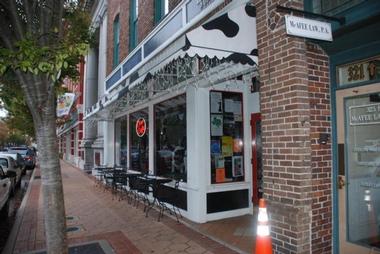 Cow Café is a friendly neighborhood café that is decorated in a cow theme and serves a variety of light meals such as gourmet sandwich baskets, freshly prepared salads, healthy wraps, and a selection of sweet treats, desserts, and more than 40 flavors of homemade ice cream. The farm-style dining area is surrounded by murals of farm scenes and features a barnyard play area complete with rocking cows, farm equipment, and tractors to keep the little ones busy, while the front dining room has a “moo choo train” that rides around the room and the exclusive Bovine Boutique, which sells more than 500 different kinds of cow gifts. The Cow Café is open for breakfast, lunch, and early dinner, 7 days a week. 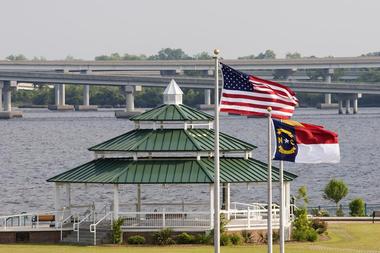 New Bern Tours offers guided tours of historic New Bern. Founded in 1994, New Bern Tours provides a full fleet of transportation that includes trolleys and motor coaches as well as professional guides who share their knowledge of and passion for North Carolina’s first capital. Journeys through the city include visiting historical homes and buildings, museums, galleries, and urban parks along with soaking up the scenic views of the Neuse and Trent Rivers. Tours can be custom-made for special occasions, and other services are also available such as boat cruises, nostalgic trolley tours through the downtown district, and walking tours. New Bern Tours can also assist visitors with hotel and dinner reservations.

You are reading "What to Do in New Bern, NC this Weekend" Back to Top

You are reading "16 Best Things to Do in New Bern, NC " Back to Top

23 Best Things to Do in Greensboro, North Carolina

15 Best Things to Do in Mooresville, NC