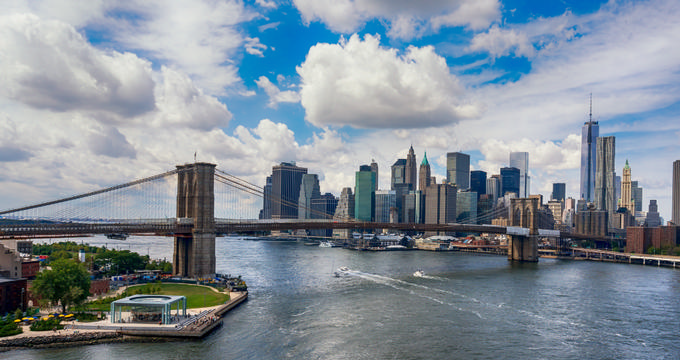 Arguably the most famous city on the planet, New York City is the most populous city in the United States and sits at the heart of the biggest metropolitan area in the whole world. A major global power city and generally regarded as the cultural, commercial, financial, and media capital of the world, New York City covers an area of over 460 square miles and has a population of over 8.6 million people, with over 20 million living in the surrounding metro area. 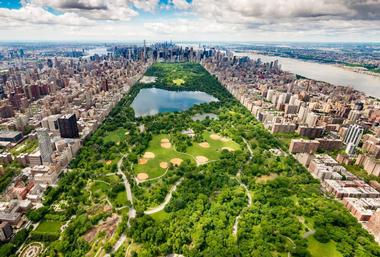 New York City is simply gigantic, but it started off as small as any other town. It was originally just a trading post, founded by Dutch colonists in the early 17th century and named New Amsterdam at the time. English colonists eventually took control of the year and named it New York as the lands were under the possession of the Duke of York at the time. The city was the United States' capital for a few years and rapidly developed into the country's largest city. The city has a long and fascinating history, with many skyscrapers being built over the years to contribute to New York's ever-growing, world-famous skyline.

Nowadays, New York City is one of the most visited cities on the planet, receiving tens of millions of visitors each and every year. It appears in countless movies and TV shows and is globally known for its unique landmarks like the Statue of Liberty, Empire State Building, Central Park, Times Square, and more. It's the most photographed city on the planet and leads the world in many major sectors like finance, media, and cultural development. 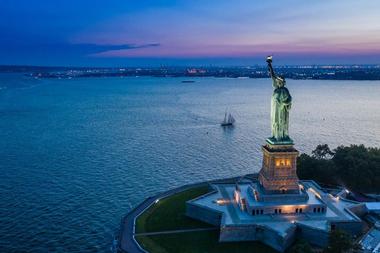 Whenever we talk about the important geographical statistics of a town or city, elevation is always an important reading to consider. The elevation of a location tells us how high or low it is in relation to sea level. Despite having some of the tallest buildings in the world and being well-known for its towers and skyscrapers, New York City has a very low elevation of just 33 feet (10 m) above sea level. New York's elevation is so low due to its location right on the coast of the United States.

Many high man-made structures can be found all around New York City, but the highest natural point in the state is Todt Hill. Located on Staten Island, Todt Hill has an elevation of 401 feet (122 m) and is actually the highest elevation point in the Atlantic coastal plain, which extends all the way down to Florida. The highest point in all of New York State is Mount Marcy, a mountain located in Essex County and standing at an elevation of 5,343 feet (1,628.67 m), while the state's lowest point is technically the Atlantic Ocean, which is at sea level.

3.Climate and Things to Do in New York City 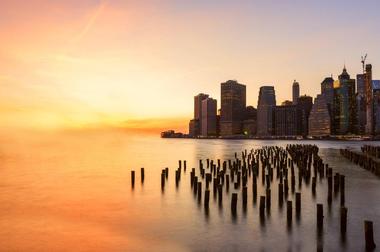 New York City has a humid subtropical climate, resulting in four distinct seasons with unique characteristics. Winters tend to be very cold and damp, with high potential for snowfall in December, January, and February. The city sees a lot of rainfall, with up to 50 inches falling on average per year, and the rate of precipitation tends to remain quite constant from one month to the next. January is the coldest month of the year in general, while July tends to be the hottest.

In terms of things to do in New York City, the list is almost endless. This is one of the biggest cities on the planet and boasts an incredible range of activities from clubs, bars, restaurants, and live shows, to recreational activities like jogging, cycling, and even kayaking. All kinds of entertainment can be found around New York and the Big Apple has a long list of must-see monuments and buildings like the Empire State and Brooklyn Bridge.

22 Best Free Things to Do in Brooklyn Year Round

25 Best Things to Do in SoHo, New York City