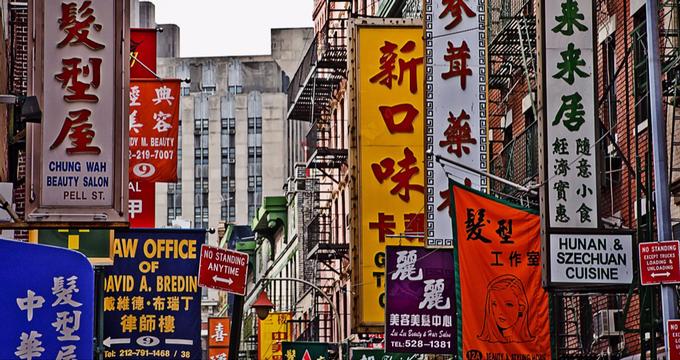 One of the wonderful aspects of living in a big city is getting to know it, finding your favorite coffee shops, hangout spots, boutiques, parks, and more. The more time you spend in a city, the better you get to know it, and you might even reach a point where you think you've seen everything the place has to offer, only to be surprised by something totally new. This is especially true in a big city location like New York City.

Everyone, even people who have never actually visited NYC but have seen it in films and TV shows, knows the classic sites of interest and touristic hotspots of the Big Apple: Times Square, Central Park, the Empire State Building, etc. But New York is a huge place, with a whole lot of secrets to uncover and hidden gems waiting to be discovered, and even people who have lived in the city all their lives have still got so much to discover.

There really is so much to see in NYC beyond the classic touristic locations and key landmarks, but finding these hidden treasures can seem like a challenge. But what if there was a club you could join, a secret-hunting society of adventurers and explorers ready to shine the spotlight on NYC's off-beat spaces and behind-the-scenes hotspots and take you on tours to each and every one of these amazing locations? Well, that club does actually exist, and it's called the New York Adventure Club.

The New York Adventure Club got started by Corey William Schneider, who serves as the club's CEO. Schneider was born and raised in New Jersey, around 40 miles outside of NYC. He studied in his own home state and at American University in Washington DC, before heading to NYC to pursue his professional life, working with Time Inc. He started the New York Adventure Club in late 2013, but really became dedicated to the club on a full-time basis in early 2016.

A lover of outdoor activities and fun hobbies, Corey was excited to move to New York City but quickly found himself leading a hectic lifestyle, struggling to find much free time to explore the big city outside of a few bars and restaurants he visited with friends and co-workers. Eventually, Corey decided he'd had enough; he realized that he was living in an extraordinary city filled with opportunities, but that he was failing to take advantage of any of them and really enjoy his life. He made the New York Adventure Club on his 25th birthday in 2013.

The club started off as a simple newsletter Corey sent out to his friends to encourage them all to try something new over the weekend. As time went by, it grew into so much more. Now, the New York Adventure Club can boast of over 12,000 members, and that number is growing from one day to the next. Offering insider access to some of the most unique places all around New York City, the New York Adventure Club truly lives up to its name and lets you head off on unpredictable, unforgettable adventures in the big city, meeting new people, learning new things, and making new memories to enrich and enhance your life.

- Aimed At Everyone - Whether you’re a total newbie to New York City or a lifelong resident, you can get a lot out of these tours and experiences. Even if you think you know New York better than anyone, you’ll be surprised to learn and see what the New York Adventure Club has to offer. One of the best things about NYC is that you can spend an entire lifetime there and still have so much to discover, and the club makes those lesser-known areas and activities much more accessible.

- A Real Community - As the name suggests, the New York Adventure Club really is a club, with a focused community vibe and atmosphere. It’s a great option for the countless people who find themselves visiting the same old places and not daring to go beyond their own little ‘bubble’ due to fear, anxiety, or a lack of friends around the city. With the New York Adventure Club, you’ll be able to team up with a whole host of like-minded people for some super experiences like hiking along abandoned trails, visiting beautiful buildings, learning new skills, visiting some of NYC's secret parks, and enjoying private tours and shows at many other locations. website

25 Best Places to Visit in NYC on a Date