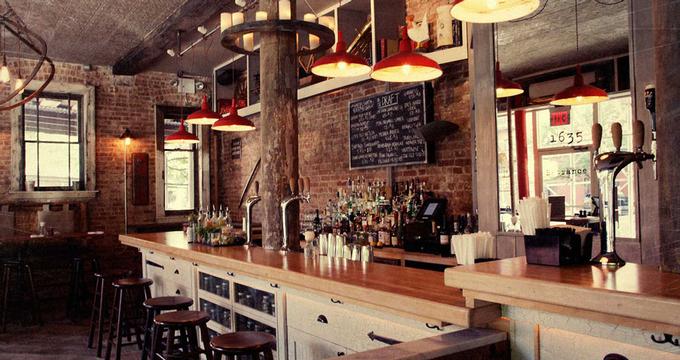 © Courtesy of The Grange Bar & Eatery The Grange Bar & Eatery serves some of the freshest, tastiest, farm-to-table comfort cuisine, all made from locally sourced, organic, and seasonal ingredients. You'll get to sample unbelievable dishes like Braised Short Rib Pasta, Pan Seared Branzino, or Lamb Sliders. Come in for brunch and try the Pork Belly (with a poached egg and citrus hollandaise sauce).

You may also like: Taste Harlem Food & Cultural Tours and Harlem Heritage Tours. 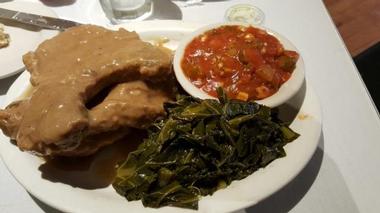 You haven’t had soul food until you’ve had it prepared for you by the “Queen of Soulfood” at Harlem’s iconic Sylvia’s Restaurant. Treat yourself to unbelievable dishes like Stewed Chicken & Dumplings, Sylvia’s Down Home Fried Chicken, Grilled Atlantic Barbeque Salmon, or Sylvia’s World Famous Talked About BBQ Ribs.

Or stop in for the Sunday Gospel Breakfast and try the hotcakes. Sylvia Pressley Woods opened the restaurant in 1962 and ran it for many years with her late husband Herbert. Frequented by a number of celebrities, Sylvia’s is located in the heart of Harlem close to Marcus Garvey Park.

Located on the historic stretch in Harlem, Vinateria is an upscale neighborhood restaurant with cozy vibe created by soothing slate tones with darker edges, a large chalkboard wall with daily specials, and rows of tiny bistro tables. There is also a spacious outdoor space on the sidewalk, filled to capacity on warm evenings when watching passers-by is such fun while enjoying an after-work cocktail with friends. The cuisine is Italian-Spanish inspired, with Executive Chef Carmen Gonzales creating her own interpretation. People keep coming back for her Provolone-stuffed meatballs served with Manchego polenta, or her grilled octopus with crispy potatoes. Guests can enjoy watching their dishes being prepared in the semi-open kitchen. Vinateria has extensive wine selection and a large range of interesting cocktails made with house-made syrups, fresh produce, and herbs grown on the restaurant windowsills. They’ve brought in Executive Chef Joseph “JJ” Johnson to be the mastermind behind the culinary creations. Visit The Cecil inside the renowned Cecil Hotel, nestled between Morningside Park and Marcus Garvey Park. 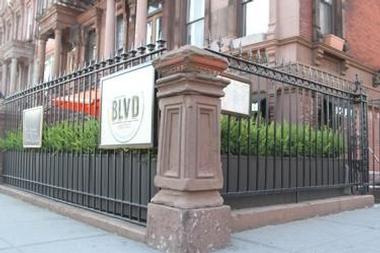 
If you’re in the mood for some out-of-this-world, Southern-inspired, crafted American soul food, you will want to check out Harlem’s Boulevard Bistro. Savor unbelievable comfort foods like the Cajun T-Bone Steak, Catfish Po’Boy, or Barbeque Babyback Ribs. Or stop in for brunch and try the Pan Fried Chicken & Biscuit Basket! Cocktails, spirits, beer, and wine are also available.

Owner and Executive Chef Carlos Swepson brought his intense passion for good food and his Mississippi roots to the kitchen when he opened Boulevard Bistro in 2014. It is located inside a historic brownstone building just a block from Marcus Garvey Park. 
The legendary Minton’s Playhouse is a history-rich, classic Harlem nightclub that serves elevated Southern cuisine and offers live entertainment nightly. Treat yourself to unbelievable dishes, like a Smoked Pork Chop in a praline glaze with a scoop of bourbon yams, or a bowl of their famous Lowcountry Gumbo.

The full bar is sure to have something delicious to quench your thirst. Tenor saxophonist, Henry Minton originally founded Milton’s Playhouse in 1938. Principal owner Richard Parsons reopened it in 2013. Visit this landmark jazz club located on the first floor of Harlem’s renowned Cecil Hotel. 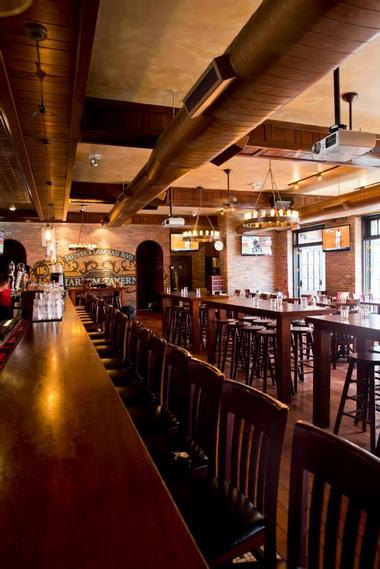 The charming Harlem Tavern is a superb New American restaurant and beer garden with a friendly neighborhood atmosphere. Dive into creative dishes like the Fried Green Tomato Flatbread, Frederick’s Steak Frites, or Cedar Plank Salmon. Or stop in for their weekend jazz brunch and try the Cornflake-Crusted French Toast. Enjoy something from their lovely wine list or a tasty Bellini. Renowned, Italian-born restaurateur, Executive Chef and Master Baker Antonio Settepani and his beautiful, Ethiopian-born wife Leah Abraham, a powerful businesswoman own Settepani, which means “seven breads.” A local favorite since 2000, Settepani is located just one block from Marcus Garvey Park. 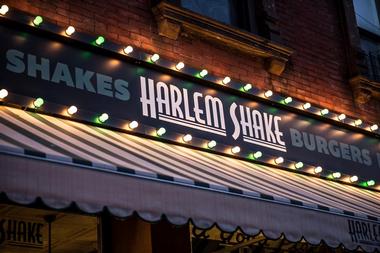 Harlem Shake is a shake and burger spot that serves some of the tastiest, juiciest burgers in New York City. Dive into a Harlem Classic with Cheese, a Snoop Dog, or the Vermont Cheddar Cheez Bliss. Don’t miss their famous signature Harlem Shake milkshake. Croatian-born principal owner Jelena Pasic opened Harlem Shake in 2013, coincidently around the time the dance move by the same name was going viral in online videos.

Pasic swears she chose the name for her burger joint before the craze. Visit this fun eatery in the Marcus Garvey neighborhood located a block from the famous Apollo Theater. Seasoned Vegan restaurant specializes in extraordinary gourmet vegan soul food, and all dishes are made from organic ingredients. Start your meal off with the Beet & Cucumber Tapas with Cashew Dip before moving on to savory, passionately prepared dishes like “Crawfish” in Garlic Basil Sauce, the Zucchini Mac, or the BBQ “Riblets” (made from lotus root).

Save room for vegan cupcakes or pie! Seasoned Vegan is a family business owned by mother-and-son team Brenda and Aaron Beener, who opened the joint in 2014. Enjoy a friendly lunch at this charming eatery, located just a couple blocks from Central Park. 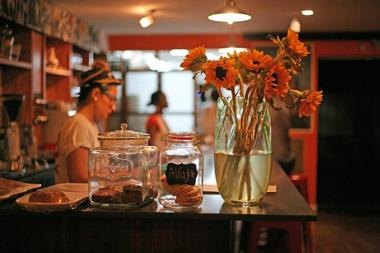 If you’re in the mood for something exotic, you will want to pay a visit to Harlem’s Tsion Café, a charming little restaurant that serves Ethiopian fusion cuisine. Treat yourself to tasty dishes like Shakshuka, Tsion-Spiced Salmon, Doro Tibs (an Ethiopian specialty), or a juicy Buffalo Burger. Some of the best wines around the world comprise their impressive wine list.

Owner Beejhy Barhany was born in Ethiopia and raised in Israel before she migrated to the US. She opened Tsion Café in 2015, and it was an instant hit. Visit her chic eatery in the historic Sugar Hill district. 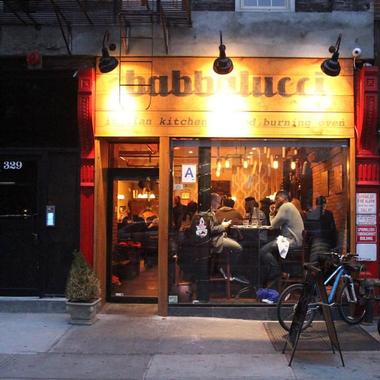 They also have extensive wine and cocktail programs and regularly host art and music events that feature local artists. Andrew LoPresto opened Babbalucci in 2015. Though it’s his first restaurant, he grew up in the kitchens of his family’s restaurants and has all the expertise required for success. Visit his cozy eatery in the Marcus Garvey neighborhood, close to The Studio Museum in Harlem. 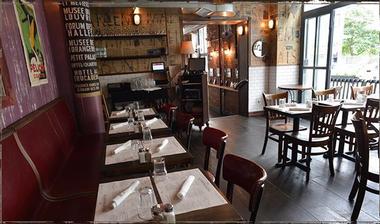 Toulouse native and respected restaurateur Chef Romain Bonnans and Paris native and French foodie Samuel Thiam, who grew up in his family’s restaurants are the owners of Maison Harlem. They opened this charming bistro in 2012 and you will find it in West Harlem, not far from The City College of New York. 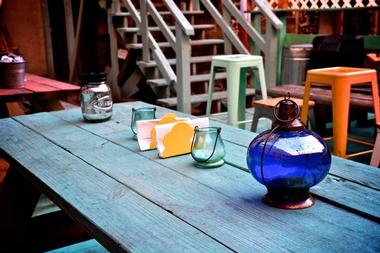 LoLo’s Seafood Shack serves some of the best exotic seafood in Harlem, combining the island flavors of the Caribbean with savory New England classics. Start your meal off with the Belizean Conch Fritters appetizer before turning your attention to delicious dishes like the Seafood Broil, Soft Shell Crab Sandwich (with bacon), or the Jerk Chicken, Durty Rice, Johnny Cake basket. 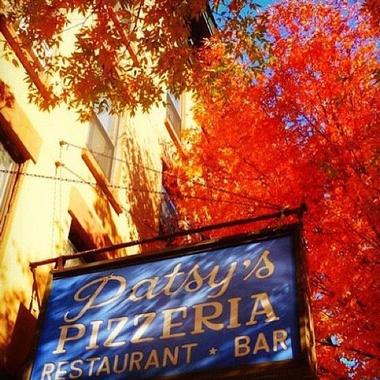 The iconic Patsy’s Pizzeria serves Italian classics and has been a favorite of many a famous celebrity, including Francis Ford Coppola and Yogi Berra. You can’t go wrong with amazing dishes like Portobello Ravioli, Maiale (a grilled pork chop dish), or the Zuppi di Vongole. Or try one of their popular pizzas like the Carminuccio.

Immigrant newlyweds Pasquale (‘Patsy’) and Carmella Lancieri originally founded Pasty’s in 1933. Current owner Frank Brija has done his best to keep their spirit alive since taking over in 1991. Grab a slice at Patsy’s, located in East Harlem close to the Harlem River. 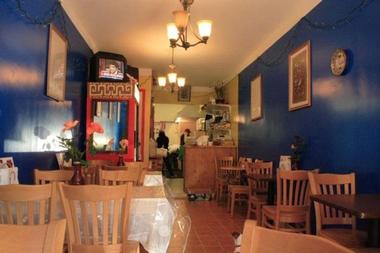 "19 Best Romantic Restaurants in Harlem, New York City" Back to Top or Romantic Getaways, Wedding Ideas close to me this Weekend, Honeymoon, Anniversary Ideas, Getting Married & Romantic things to do, Places around me 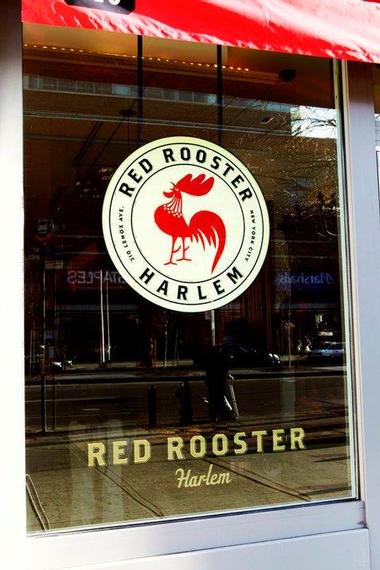 Named for the legendary Harlem speakeasy, Red Rooster is a popular nightspot that serves incredible American comfort foods. Savor extraordinary dishes like Helga’s Spiced Meatballs, the Fried Yardbird, or King’s Jerk Lamb Shank. Or stop in for brunch and try the Shrimp, Hog, & Grits. A prix fixe menu is also available, and they have lovely wine and cocktail programs.

2010 Top Chef Masters champion, the award-winning Chef Marcus Samuelsson opened Red Rooster with restaurateur Andrew Chapman in 2010. Enjoy an unbelievable meal at this hip eatery, located just around the corner from The Studio Museum in Harlem. 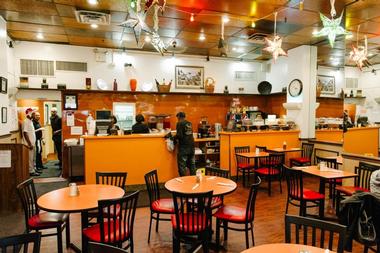 The classic, family favorite, Amy Ruth’s restaurant, serves some of the best Southern comfort cuisine that you can get in Harlem. With most dishes named after important people, you can try things like The Gabrielle Union (fried or smothered pork chop), The Ruby Dee (fried or baked catfish), or The Sister Karriemeh Muhammed (sweet beer-braised oxtail stew). Beer and wine are available too.

Owner Carl S. Redding opened the restaurant in 1999, naming it after his beloved grandmother who taught him the ropes of working the kitchen as a child. Amy Ruth’s is nestled between Morningside Park and Marcus Garvey Park.

You are reading "19 Best Romantic Restaurants in Harlem, New York City this Weekend with Friends" Back to Top or More places to see near me 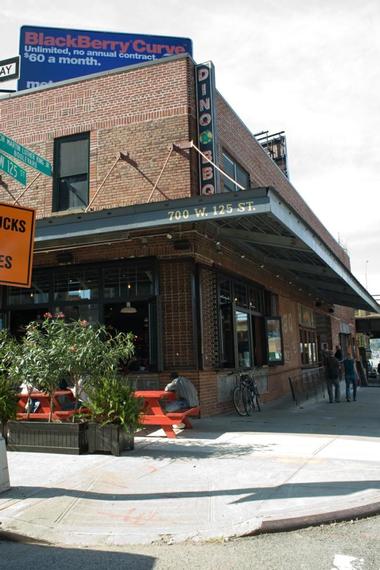 The nationally acclaimed Dinosaur Bar-B-Que offers delicious eats like the Drunken Spicy Shrimp Boil, BBQ Beef Ribs Korean Style, Bronzed Catfish, or the Memphis Chop. Or try any of their other scrumptious cuts of meat. They also have a wide selection of beers, including 25 on tap.

Dinosaur Bar-B-Que started out as a food truck in 1983, founded by John Stage and his two partners at the Harley Rendezvous. It now has nine locations nationally. The Harlem site is located in Manhattanville right on the banks of the Hudson River.

You may also like: Taste Harlem Food & Cultural Tours and Harlem Heritage Tours.

Where to Stay - Romantic Hotels in NYC