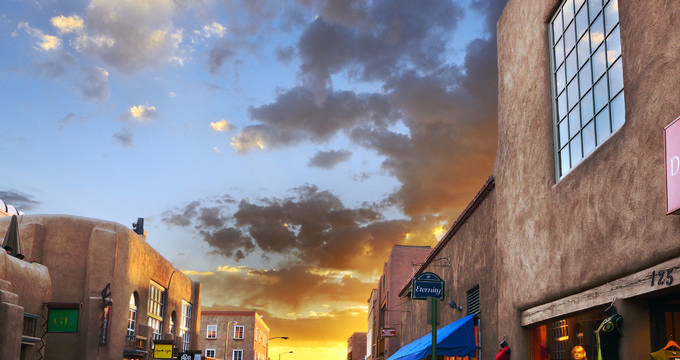 Located in the southwestern part of the United States, New Mexico is the fifth largest state in terms of area but only the 36th largest in terms of population. This makes New Mexico one of the most sparsely populated states of all, ranking 45th in terms of population density. New Mexico is part of the 'Four Corners' region and has borders with the following states: Oklahoma, Arizona, Utah, Colorado, and Texas, as well as two Mexican states to the south. New Mexico has a rich history, having been inhabited by Native Americans for many millennia before European settlers arrived. 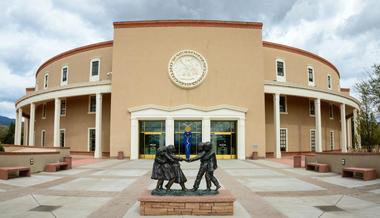 The area was colonized by Spanish explorers in the late 16th century and became part of the New Spain Empire. It played a big part in the Mexican-American War and was under Mexican control for a long time, before eventually becoming the 47th state of America in 1912. The capital city of New Mexico is Santa Fe, but the state's largest city is Albuquerque, with the Greater Albuquerque area being the biggest metropolitan area in New Mexico. Here are some overviews and additional details on the biggest cities of New Mexico. 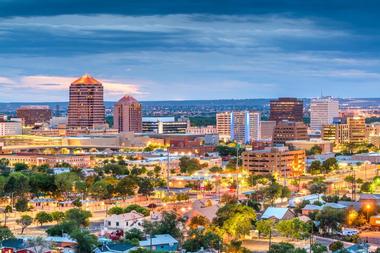 The Rio Grande river flows through Albuquerque and the Sandia Mountain Range is located along the eastern edge of the city. Albuquerque was founded in 1706 and named after Francisco Fernández de la Cueva, Duke of Albuquerque. The city is the primary industrial, cultural, commercial, research, and business hub of New Mexico, being home to many major corporations and places of interest. 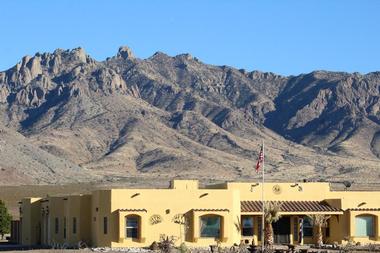 Located in Doña Ana County, of which it is the county seat, Las Cruces is the second largest city in New Mexico. This city is situated in the southern central part of the state and covers an area of 76.6 square miles. The estimated population of Las Cruses is 101,000, with over 209,000 living in the surrounding metropolitan area, meaning that Las Cruces is the only New Mexican city outside of Albuquerque to have a population exceeding 100,000.

This city was founded in 1849 and incorporated in 1907. The origin of the city's name is unknown, but it translates to 'The Crosses' in English and is believed to have some reference to grave sites. Las Cruses is situated in the Mesilla Valley on the floodplain of the Rio Grande and is the primary economic hub of this part of the state. 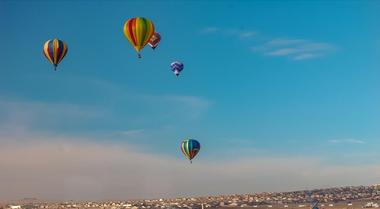 Located in Sandoval County, Rio Rancho is the third largest city in New Mexico. A small part of this city also extends into Bernalillo County. Rio Rancho is located quite close to Albuquerque in the central northern part of the state and covers an area of 103.7 square miles.

Founded in 1961, Rio Rancho is a relatively new city and was only incorporated in 1981. It has an estimated population of 96,000, with over 907,000 living in the surrounding metropolitan area. Rio Rancho is known as one of the fastest-growing cities in all of Mexico. 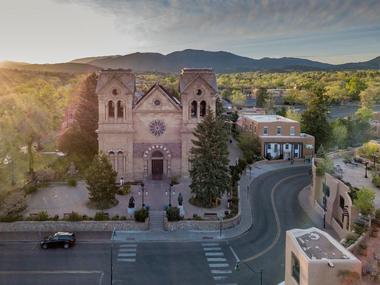 
Located in Santa Fe County, of which it is the county seat, Santa Fe is the fourth biggest city in New Mexico. This city is also the state capital. Santa Fe is situated in the central northern part of the state and covers an area of 37.4 square miles.

The estimated population of Santa Fe is 83,000. This city is well-known for its rich history and unique architecture. It's also the oldest state capital in all of America, having been founded in 1610 and named after Saint Francis of Assisi. 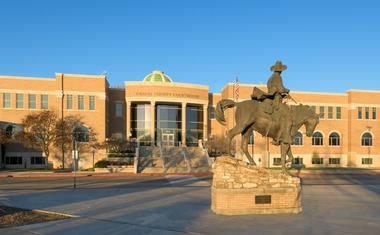 
Located in Chaves County, of which it is the county seat, Roswell is the fifth biggest city in New Mexico. Roswell is located in the southeastern part of the state and covers an area of 29.9 square miles. It has an estimated population of 48,000.

Roswell has earned the unique nickname 'Alien Capital of the World' and is best-known as the site of the famous 'Roswell UFO incident', which occurred in 1947 and triggered international interest as it was believed that an alien UFO had crash-landed not far from the city.