10 Best Things to Do in Española, New Mexico 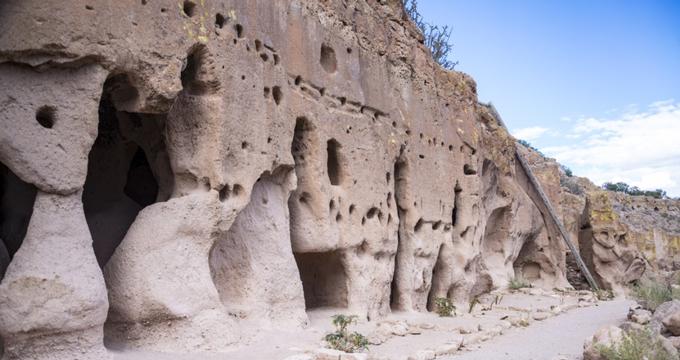 The town known today as Espanola in the state of New Mexico was originally settled back in the year 1598 and visitors today can still see the building dating back to the original settlement, as well as learn about the vast history of the historic town. Espanola is a great place to discover more about the Tewa and Pueblo Indian people, as well as the early Spanish settlers, at many of the historical attractions in town, such as the Los Luceros Historic Site and the Puye Cliff Dwellings. There’s also plenty of delicious food to be had in Espanola, New Mexico. 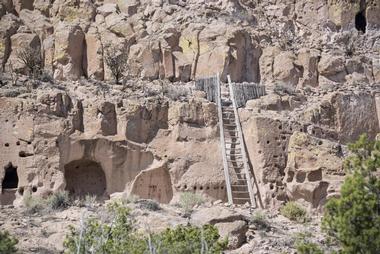 A historic landmark, the Puye Cliff Dwellings are one of the most fascinating cultural attractions in northern New Mexico. The grounds include cave and cliff dwellings, breathtaking panoramic views of the valley, an original Harvey House, and early Pueblo architecture. Located near the historic town of Espanola, the Puye Cliff Dwellings were once home to around 1,500 Pueblo Indians, the people who lived, hunted game, and farmed the area between the 900’s through the year 1580. The Puye Cliffs are made up of two levels cut into a cliff face, along with dwellings located on top of the mesa.

-- You are reading "10 Best Things to Do in Española, New Mexico" Back to Top 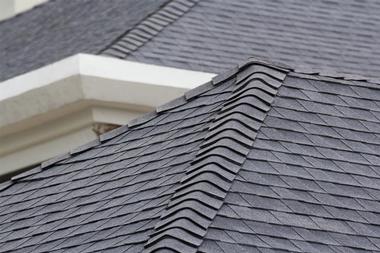 The Bond House Museum serves as the anchor facility for the town’s Plaza de Espanola, highlighting the transformation of historic Espanola from a frontier outpost into a commercial center. The Native American and Hispanic lifestyles of the people in the area had remained unchanged for over three centuries until 1880 when the railroad came to town. Frank Bond, who came from Canada, established the Espanola Mercantile, invested in land and sheep, and started building the adobe home. The house had expanded to its present day size by 1910, serving as a testament to the new cash economy’s power.

-- You are reading "10 Best Things to Do in Española, New Mexico" Back to Top 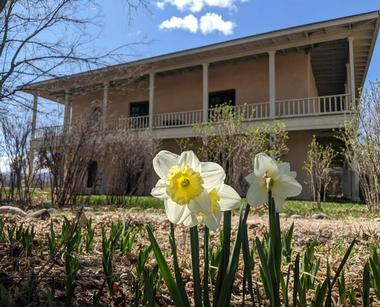 The Los Luceros Historic Site is one of the Espanola, New Mexico area’s many cultural gems and is worth a visit for anyone in the region. This almost 150-acre cultural site is situated just outside of town near the Rio Grande and is one of the most historically significant and scenic properties in the state. The centerpiece of Los Luceros is the eighteenth-century, 5,700-square-foot Territorial-style adobe house, which is on the list of the National Register of Historic Places. The historic ranch complex also includes a small gallery, several residences, farm buildings, a visitor’s center, and more. 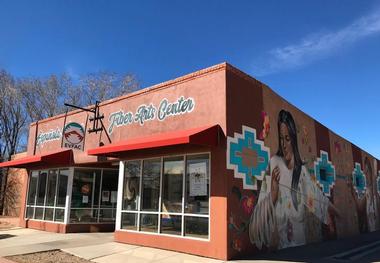 Founded more than twenty years ago, the Espanola Valley Fiber Arts Center was created by local artisans and still continues today as a non-profit membership organization in Espanola, New Mexico. The mission of the center is the promotion of northern New Mexico’s rich textile heritage, as well as to serve as a center for fostering economic sustainability, encouraging aspiring fiber artisans, and learning. Visitors can stop by the Espanola Valley Fiber Arts Center to try making a creation for themselves, with the center offering tools and supplies for crocheting, felting, embroidery, knitting, weaving, spinning, dyeing, and more.

-- You are reading "Fun Things to Do in Española, New Mexico this Weekend with Friends" Back to Top 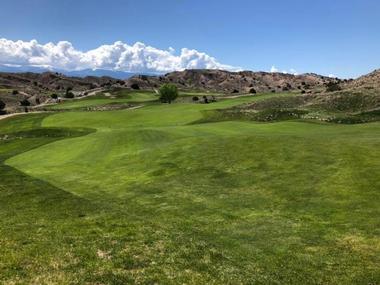 
The Black Mesa Golf Club in Espanola, New Mexico was designed by golf course architect Baxter Spann and is ranked by Golf Magazine as one of the “Top 50 golf courses in America.” The eighteen-hole course is set within the majestic desert setting and features rolling fairways extended through dramatic sandstone ridges and mountainous valleys. Amenities at the Black Mesa Golf Club include the Black Mesa Grill, two putting greens, a short game practice area, driving range, and full pro shop. Serving breakfast and lunch, the restaurant is a good place to grab a bite before or after a round of golf.

-- You are reading "What to Do in Española, New Mexico this Weekend" Back to Top 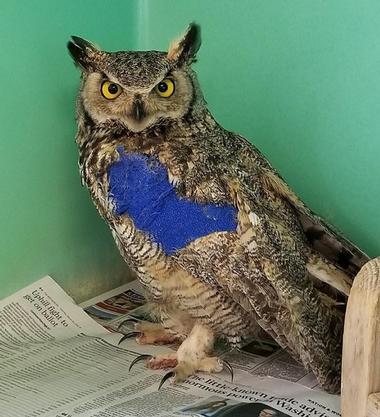 
A place for people of all ages in Espanola who love animals, the New Mexico Wildlife Center features a variety of wildlife displays that allow visitors to learn about and see native wildlife in the area up close. During parts of the year, volunteer keepers and staff bring out animals from then enclosures for guests to get even more up close and personal with wildlife, such as owls, turtles, and hawks. There is a small fee to take a self-guided tour of the New Mexico Wildlife Center, which also provides group tours and several wildlife education programs.

-- You are reading "Top Romantic Tourist Attractions in Española, New Mexico" Back to Top El Paragua in Espanola, New Mexico is a true example of an “American Dream story.” The restaurant has been serving delicious New Mexican fare to the local community for more than fifty years. With beginnings as a simple roadside stand, El Paragua was started by two very entrepreneurial boys, who were supported by their parents. The restaurant has since become a favorite among local residents, as well as a must-stop dining establishment for tourists traveling through town. This family owned and operated restaurant still retains a “feeling of home” and serves a variety of both unique and well-known dishes. Using native New Mexican spices and ingredients, the La Cocina Restaurant has been proudly serving the northern New Mexico region for over forty-five year. Opened by Jessie and Eddie Martinez, the locally owned and operated restaurant refers to itself as a “singularly Northern New Mexican restaurant,” serving food that’s slightly different from “Tex-Mex” or “Mexican” food. The North New Mexican fare uses a mix of Native American and Mexican spices and ingredients and La Cocina Restaurant takes great pride in its family recipes and rich traditions that have been passed down from one generation to the next.

, Michigan beaches -- "Best Things to Do in Española, New Mexico for Locals & Tourists - Restaurants, Hotels" Back to Top El Parasol is a casual local restaurant chain with a location in the historic town of Espanola, New Mexico, offering a taste of Mexican and Northern New Mexico traditional favorites. Visitors traveling through the area should look out for the colorful beach umbrella logo. A local favorite, the restaurant’s family recipe dishes have also been featured in several national publications, such as the New York Times, Gourmet, and Bon Appetit.

10 Best Things to Do in Española, New Mexico

You are reading "10 Best Things to Do in Española, New Mexico " Back to Top

8 Best Things to Do in Jemez Springs, New Mexico

25 Best Things to Do in Albuquerque, New Mexico