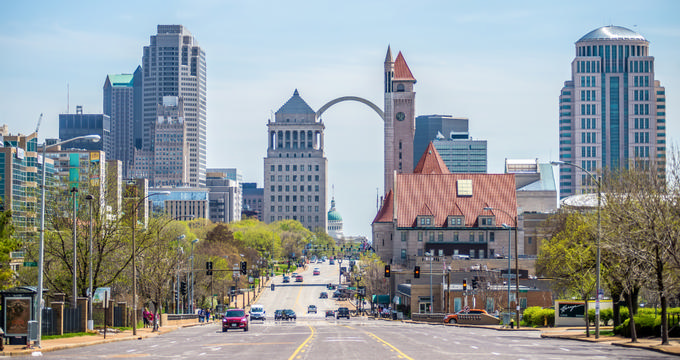 Located on the western bank of the Mississippi River in the eastern section of Missouri, St Louis is one of the state's biggest cities. A huge manufacture, trade, and transport hub for Missouri and nearby Illinois, St Louis covers an area of 66 square miles and has an estimated population of around 308,000 people, with over 2.8 million in the surrounding metropolitan area. The city was named after King Louis IX of France, commonly referred to as Saint Louis. 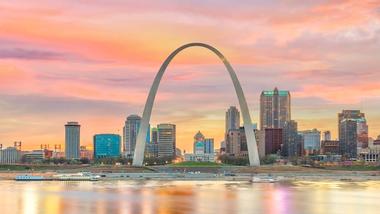 The land that would eventually be the foundation for the city of St Louis was once a prime area for Native Americans along the Mississippi River. Various earthwork mounds like the Cahokia Mounds were constructed in the area, and St Louis now even has the nickname 'Mound City' due to the earthworks within its limits, despite the fact that many were destroyed years ago. French explorers were the first white settlers to arrive in the area in the late 17th century, building various settlements along the Mississippi River. In 1764, the French fur trader Pierre Laclede founded the city of St Louis.

Fur trading was a big part of the city's early economy, and the area gradually built up over the years and adapted to new industries and ways of life to become an important economic center for the state. It was one of the biggest cities in the entire United States in the late 19th century and continued to grow into the 1900s. Nowadays, St Louis has the biggest metropolitan area in the state of Missouri and is home to many major businesses, with nine Fortune 500 companies. 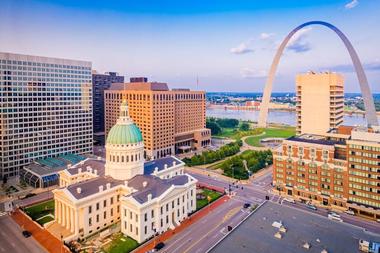 3.Climate and Things to Do in St Louis 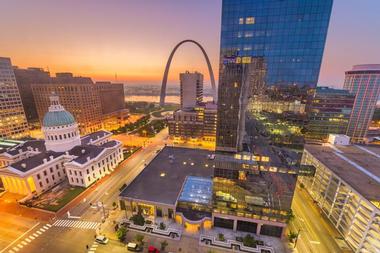 St Louis is a huge city with a lot of things to do. The City Museum is a popular spot for families, and hte Gateway Arch is one of the most iconic structures in the entire city, visible from afar. The city also includes many green spaces for cycling and scenic walks, like Forest Park and the Missouri Botanical Garden, as well as the Saint Louis Zoo. Sports teams like the St Louis Cardinals and St Louis Blues can also be seen at Busch Stadium and the Scottrade Center.