16 Best Things to Do in St. Joseph, Missouri 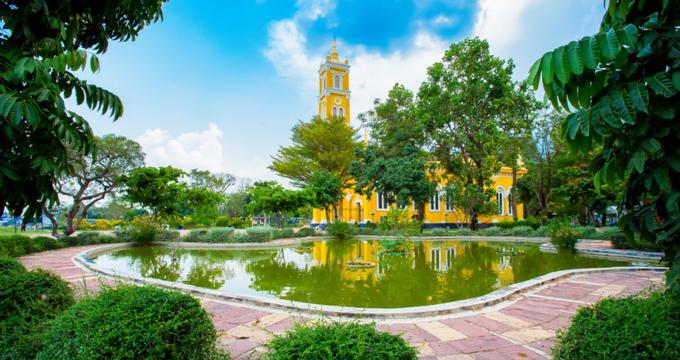 The city of St. Joseph, Missouri is well known as being the place where the famous Pony Express started and where the life of notorious outlaw Jesse James ended. St. Joseph is also home to the Training Camp of the Kansas City Chiefs, amazing architecture noted on the country’s National Register of Historic Places, twelve annual festivals, and thirteen distinct area museums. The city also boasts numerous opportunities for outdoor recreations, including outdoor concerts, the 26-mile scenic parkway, and almost fifty parks. 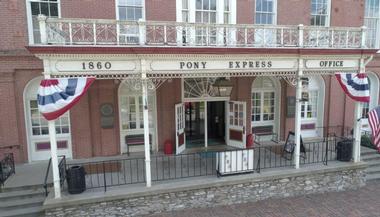 The Patee House Museum today is a National Historical Landmark and a museum of transportation and communications. Originally built by John Patee as a hotel, the building has been used as a hotel, a girl’s college, and a shirt factory for over eighty years. The Patee House even served as the Pony Express headquarters back in 1860. Visitors can explore a wide variety of items on display inside the two-story Patee House Museum, including a railway mail car, an 1860 locomotive, a 1920’s-style service station featuring a Model T, a 1921 race car, antique cars, and much more.

-- You are reading "16 Best Things to Do in St. Joseph, Missouri" Back to Top On April 3rd of 1860, a single rider, the first rider of his kind, departed from the Pikes Peak Stables in the town of St. Joseph, Missouri. This marked the beginning of the famous Pony Express, a network of brave riders who carried saddlebags full of the dreams and hope of the country, traveling over two thousand miles to California. The stables today house the educational, interactive, and modern museum dedicated to the legend and history of the Pony Express. The museum features state-of-the-art exhibits, images and stories, and a sixty-foot diorama depicting the diverse terrain traveled by the riders.

-- You are reading "16 Best Things to Do in St. Joseph, Missouri" Back to Top The Glore Psychiatric Museum in St. Joseph, Missouri has been recognized as one of the country’s “50 Most Unusual Museum,” due its collection of numerous intriguing and unique exhibits. The interesting museum has also been mentioned on several television networks and in national publications, such as The Science Channel, PBS, The Discovery Channel, and The Learning Channel. This award-winning museum shares the history of mental health treatment and the State Lunatic Asylum No. 2. The Missouri Theater first opened its doors in the town of St. Joseph in June of 1927, showing Rough House Rosie as its main feature. The unique structure of the theater was added to the United States’ National Register of Historic Places later in 1979, and while numerous movie palaces were being torn down across the country to build more contemporary movie theaters, the residents of St. Joseph banded together to prevent the Missouri Theater’s destruction, preserving one of the few examples of the Hollywood-Oriental style in the nation. The theater was shut down and reopened as a performing arts center.

-- You are reading "Fun Things to Do in St. Joseph, Missouri this Weekend with Friends" Back to Top 
Established back in the year 1902, Krug Park can be found at the north end of the town’s St. Joseph Parkway. Often noted as the town’s oldest park, Krug Park features colorful flower beds, extensive landscaping, Italian Renaissance structures, and much more across the more than 160 acres. Visitors to Krug Park can also enjoy picnic areas, off-road biking trails, scenic walking trails, a playground with Italian-style castle, rose gardens, a large lagoon, and an amphitheater. During the Christmas season, the park grounds “light up,” transforming Krug Park into the Holiday Park, home to Northwest Missouri’s largest outdoor light display.

-- You are reading "What to Do in St. Joseph, Missouri this Weekend" Back to Top 
The Jesse James Home Museum in St. Joseph is the former home of Jesse James. The infamous outlaw was living at the house when he was shot and killed by Robert Ford on April 3rd of 1882. The Greek Revival-style, one-story residence still contains many items that were owned by the outlaw, as well as by his wife and children. The Jesse James Museum features exhibits that deal with his life and death, such as one based on the 1995 grave exhumation that includes several artifacts, including a pin that was worn by Jesse James, a bullet, photographs, and coffin handles.

-- You are reading "Top Romantic Tourist Attractions in St. Joseph, Missouri" Back to Top 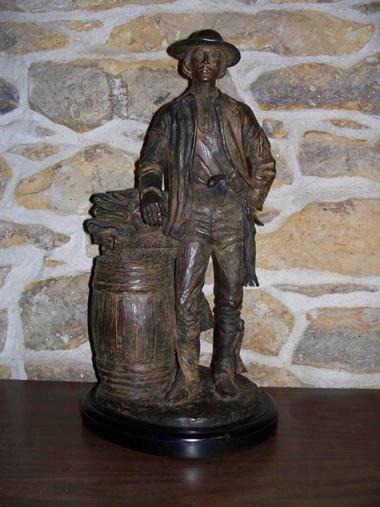 Robidoux Row Museum consists of several different living units that were once rented by the area’s early settlers when they passed through the city of St. Joseph, Missouri. Built by Joseph Robidoux, the founder of the city, during the 1840’s these buildings met the temporary housing needs during the country’s westward expansion and the pioneer era. Exhibits at the Robidoux Row Museum feature the history of the Robidoux family and the early history of St. Joseph, along with a number of rooms that have been restored to depict their original purpose.

-- You are reading "What is There to Do with Kids in St. Joseph, Missouri" Back to Top St. Joseph, Missouri is known for being home to an extensive amount of beautiful mansion constructed during the latter part of the 1800’s and the city’s Wyeth Tootle Mansion is certainly a prime example. WIth over forty rooms, a tower, and three floors, the mansion today stands as one of the city’s best examples of the late nineteenth century opulence and wealth, featuring imported stained glass, hand-painted ceilings, and gorgeous woodwork. The Phil Welch Stadium in St. Joseph, Missouri originally opened in 1939 as the home field of the St. Joseph Saints, an affiliate over the years of the Chicago Cubs, the St. Louis Browns, the New York Yankees, and the St. Louis Cardinals. Hall of Fame players such as Willie Mays and Mickey Mantle have played games at the Phil Welch Stadium during their days of rising through the baseball ranks. The baseball stadium has been the home field of the St. Joseph Mustangs since 2009. The Mustangs are a collegiate summer team that competes in the M.I.N.K. League.

, Michigan beaches -- "Best Things to Do in St. Joseph, Missouri for Locals & Tourists - Restaurants, Hotels" Back to Top 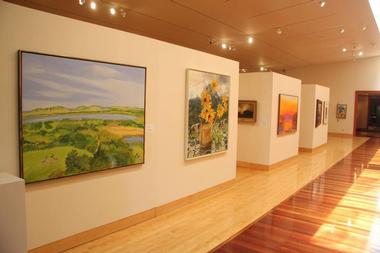 The Albrecht-Kemper Museum of Art acts as a center for the cultural arts in Northwest Missouri, home to one of the Midwest region’s finest collections of American art from the eighteenth century through the twenty-first century. Formerly the home of William Albrecht, the Albrecht-Kemper Museum of Art features works by Albert Bierstadt, Gilbert Stuart, Thomas Hart Benton, Marry Cassatt, and several others. The art museum also offers a gift shop and cafe. The East Hills Mall is considered one of the premier destinations for dining and shopping in northwest Missouri. The shopping center first opened its doors back in 1965 and features Dillard’s, and J.C. Penney as anchor stores. Other stores located within the East Hills Mall in St. Joseph includes Bath & Body Works, Maurice’s, Buckle, Off Broadway Shoes, as well as numerous contemporary clothing stores, jewelry stores, children’s apparel stores, and sporting goods stores. The Center Court offers several places to eat, an old-fashioned carousel, a play area for children, and much more.

-- "New cool stuff to do in St. Joseph, Missouri" Back to Top or Romantic Getaways A winding, beautiful street, Lovers Lane was immortalized in the poem “Lovers Lane, Saint Jo,” which was written by the poet Eugene Field. The street today is the site of several fine houses, however, Lovers Lane was once a remote country road back when Eugene Field was courting Julia Comstock, his future wife, in a horse-and-buggy. There is now a monument that commemorates the poet, which can be found at the intersection of Lovers Lane and Northwest Parkway. There is also a primary marker, as well as banner and entry signs that identify and interpret the poetry and history of Eugene Field. 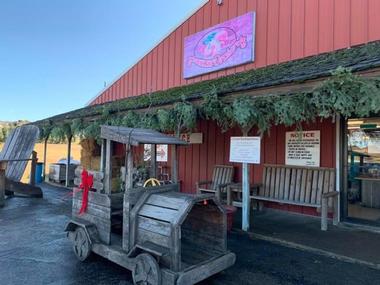 Schweizer Orchards is situated in the bluffs that overlook the Missouri River and has been producing and packing high-quality River Bend Apples for more than four generations, along with providing reliable service. The family-owned and operated orchard business continues the long traditions at its retail market as well in the city of St. Joseph. Schweizer Orchards offers a variety of edible treats, as well as the chance for visitors to spend some time outdoors picking their own fruit, which varies by the season. Freshly picked fruits, in addition to other produce, can be bought in the market as well. 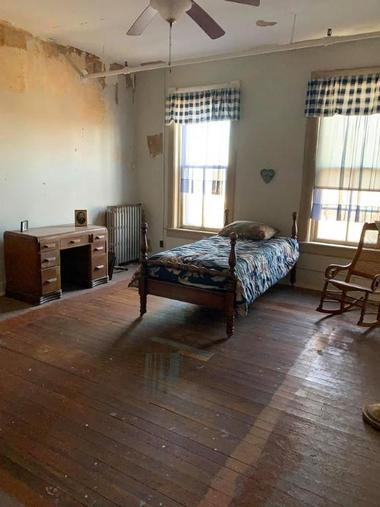 Often affectionately referred to as the “House on the Hill,” the Beattie Mansion is an incredible house that boasts a rich history. Built by Eliza and Armstrong Beattie back in the year 1854, the home originally only includes the east wing. In 1878, Armstrong died in the home rather mysteriously after a sudden “bout of cholera,” followed by Eliza’s death in 1880. The now “haunted house” was used as a Home for the Friendless, a Memorial Home for the Aged over the years, and a group home for substance addicts and the mentally ill over the years. 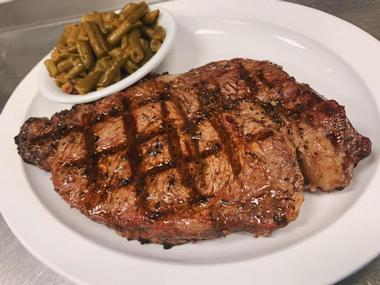 A part of the St. Joseph community for more than thirty-four years, the Frederick Inn Steakhouse has received the “Beef Backer Hall of Fame Award,” giving the dining establishment bragging rights as the town’s finest steakhouse. The restaurant serves slow-roasted, mouth-watering prime rib au jus, along with its aged, hand-cut filet mignon, top sirloins, ribeyes, and Kansas City strips. All of the dinner entrees at the Frederick Inn Steakhouse come with an all-you-can-eat salad and soup bar, in addition to all-you-can eat homemade cinnamon rolls and dinner rolls. The steakhouse is open every day except for Sundays.

-- You are reading "16 Best Things to Do in St. Joseph, Missouri" Back to Top or Amazing things to do around me 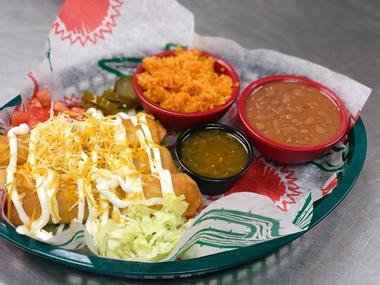 Barbosa's Castillo in St. Joseph, Missouri is a family owned and operated eatery that has been a part of the local community since 1960, well known for its tacos, red pork chili, and homemade flour chips, all made fresh every day. The restaurant has been awarded as the area’s best Mexican restaurant for many years, as well as the areas “best place for tacos” every year from the St. Joseph News-Press Readers' Choice Awards since they opened. Located in downtown St. Joseph, Barbosa's Castillo boasts a rooftop dining area and an amazing ambiance, as well as a wide selection of drinks.


Places to visit near me: Crystal City, Things to Do in Clearwater, Pennsylvania Parks

16 Best Things to Do in St. Joseph, Missouri

You are reading "16 Best Things to Do in St. Joseph, Missouri " Back to Top

12 Best Things to Do in Hermann, Missouri