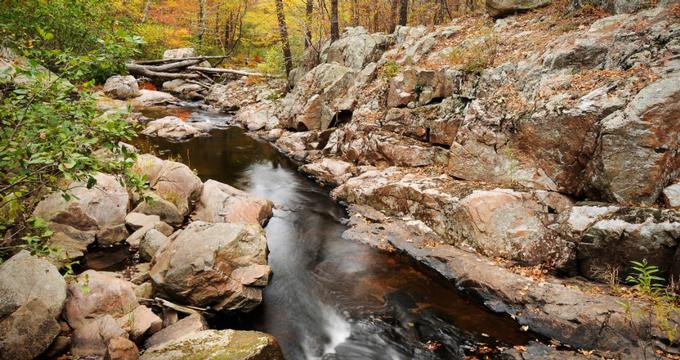 Ste. Genevieve is a city in Ste. Genevieve Township and Ste. Genevieve County, Missouri. The city was founded in 1735 by French Canadian colonists and settlers that came from east of the Mississippi River. It was the first European settlement west of the Mississippi River, in today’s Missouri. The oldest buildings of Ste. Genevieve were all built during Spanish rule in the late 18th century, in the "vertical wooden post" construction style. The most significant are La Maison de Guibourd, The Louis Bolduc House, The Bauvais-Amoureux and a number of houses included in the Felix Vallé House State Historic Site. The area around St. Genevieve is considered very conducive for growing grapevines. Among the major wineries and vineyards are The Cave Vineyard, Weingarten Vineyard and Chaumette Vineyards and Winery. 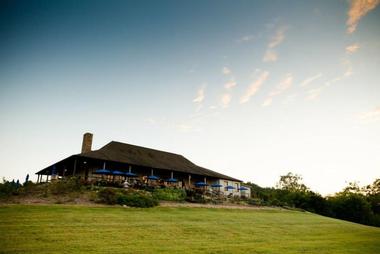 Chaumette Vineyards and Winery is the major Midwest award-winning winery located near Sainte Genevieve, Missouri. The winery was established in 1990 by Hank and Jackie Johnson on 310 acres of land. Grapevines grow on 30 acres. The region, with rolling hills and the Saline Creek River Valley, is on average five degrees warmer than Missouri wine regions, which is considered excellent for growing grapes. Today, Chaumette Vineyards & Winery is a premier wine resort, offering private villas for overnight stays, a pool, lounge spa, and a gourmet restaurant. Their Tasting Room offers outdoor live entertainment when weather permits. The property includes several historic buildings that are opened for tours. 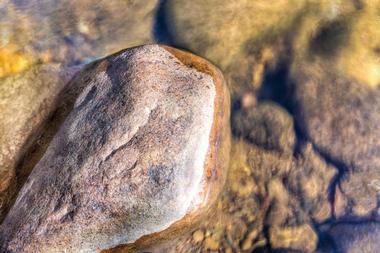 Pickle Springs Natural Area is a 256-acre Designated Natural Area near Sainte Genevieve, Missouri, known for a two-mile Trail Through Time, with picturesque views, sandstone cliffs, deep canyons, natural arches and waterfalls. The area is popular destination for outdoor activities such as bird watching and hiking. One of the most interesting geologic features is a double arch that holds up a sandstone shelf. There are also narrow deep canyons, pillar-like sandstone blocks called hoodoos, a spring flowing from sandstone and more. Over 20 species of fish swim in the cool waters of the Pickle Creek. Fishing for rainbow darter, striped shiner and silverjaw minnow is allowed but hunting is not. 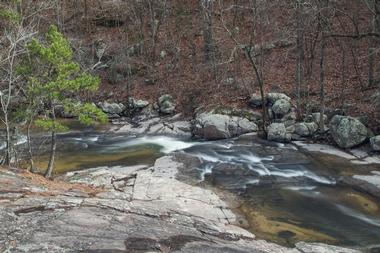 Hawn State Park is a 5,000-acre public recreation area about 14 miles from Ste. Genevieve, Missouri. The park includes three state-designated natural areas: LaMotte Sandstone Barrens, Pickle Creek and Botkins Pine Woods. Orchid Valley is considered part of Hawn State Park as well, but is not adjacent to the park and is not open to the public The park offers camping, fishing, hiking and picnicking. The three main trails in the park are Whispering Pines, White Oak, and Pickle Creek. The trails cross the River aux Vases and Pickle Creek at various points. Local teacher Helen Coffer Hawn purchased the land in 1932 in order to create the park. In 1952 she donated the land to the state.

, OH -- You are reading "14 Best Things to Do in Sainte Genevieve, Missouri" Back to Top 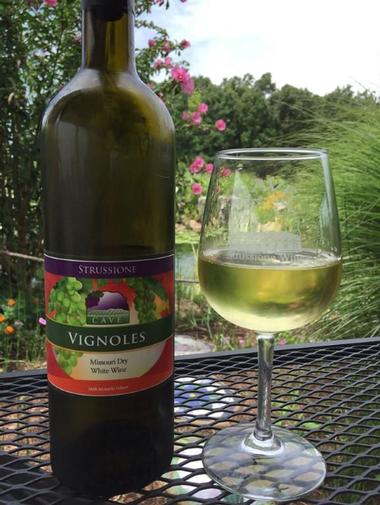 The Cave Vineyard is a family owned and operated vineyard and winery near Sainte Genevieve, Missouri. The business also includes a micro-brewery and distillery. The first seven acres of grapevines were planted in 2000. The Strussione family’s focus is on growing four distinct varieties of grape: Traminette, Chambourcin, Vignoles, and Norton. Their first harvest was in August 2003. The grapevines are planted on tops of hills, at the elevation is 650 feet, allowing for cold air circulation and drainage, improving the chances that the vines would survive possible late spring or early fall frost. Natural Saltpeter Cave is part of the property and is located directly underneath the winery and tasting room, allowing guess to have picnics in the cave after they visited the winery and purchased some of their award winning wines. 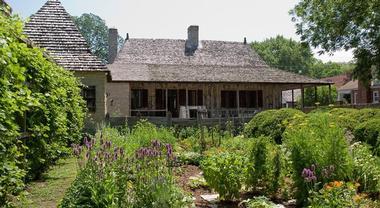 
The Louis Bolduc House or Maison Bolduc, is a historic house museum in Ste. Geneviève, Missouri built in 1792 The house is an example of poteaux sur solle or "posts-on-sill" style of construction. It was part of the first European settlement in the today’s state of Missouri. It was also the first authentically restored historic structure in Ste. Genevieve. The house is a perfect example of the French Colonial architecture in North America of the early 18th century. The vertical log house and surrounding gardens paint a vivid picture of the life in 18th Ste. Genevieve. The museum has an extensive collection of 18th century French colonial furnishings and artifacts. The museum includes a number of other structures with exhibits from different historic periods.

-- You are reading "What to Do in Sainte Genevieve, Missouri this Weekend" Back to Top 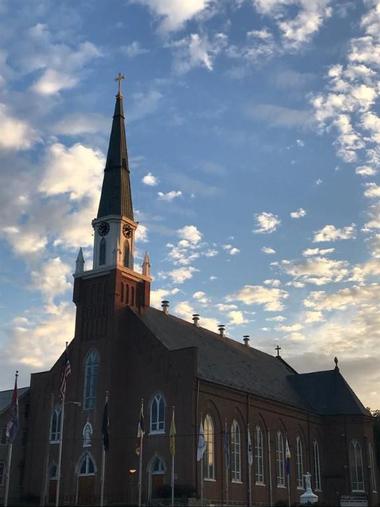 
Catholic church in Ste. Genevieve, Missouri, in the first organized European settlement west of the Mississippi River. The construction of the church started on April 30, 1876. The cross was placed on the steeple on November 1, 1879 and the building was consecrated on September 29, 1880. The parish of Ste. Genevieve was established in January 1759 by Jesuits from Quebec. The first regular pastor, Jean Baptiste de la Morinie, served from November 10, 1761, until October 15, 1763, when the Jesuit where expelled from French America. The present church was built at the site of the original church. It was designed by Francis Xavier Weiss, a legendary pastor of Ste. Genevieve from 1865 until 1900. The church was built in a Gothic Revival style in 1911. It is believed that the church has about two dozen relics, incluing the one of Ste. Genevieve, the patron of Paris. 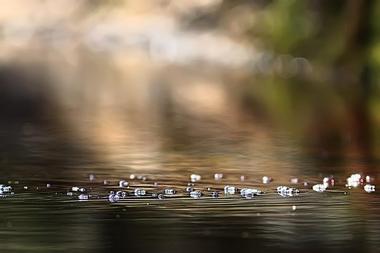 The 280-acre Hickory Canyons Natural Area in Ste. Genevieve County, Missouri, is owned by the L-A-D Foundation and managed by the Missouri Department of Conservation. It features a number of box canyons and sandstone cliffs. Hickory Canyons, especially their cool, moist cliff faces, provide home to a number of unique plant communities including partridge berry, various fern species and club mosses. In the canyon bottoms grow pawpaw, spicebush, deciduous holly and sedges as well as mesic sandstone forest, rare in Missouri. Mesic forest is dominated by white oak, northern red oak and sugar maple. There are two short hiking trails that cross the area and offer perfect views of the area's distinctive bluffs and canyons. 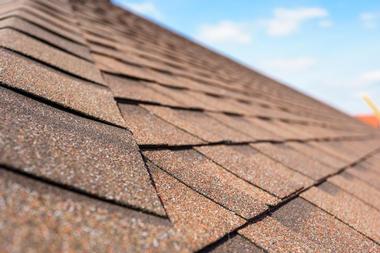 The Felix Vallé House State Historic Site is a historic preserve in Ste. Genevieve, Missouri that consists of the Felix Vallé House and several other early 19th-century buildings. The site, which is managed by the Missouri Department of Natural Resources, offers regular tours of the Felix Vallé House. The house is a Federal-style limestone structure built in 1818 for Jewish merchant from Philadelphia Jacob Phillipson. The house at one time the commercial outlet and later, in 1824, home of Felix Vallé and Odile Pratte-Vallé. Today, there is a display of an authentic mercantile store representing the firm of Menard & Vallé. Other interesting features of the house are original mantels, early Empire furnishings, an exterior staircase leading to the second-floor and a garden with original outbuildings. The historic site also includes the Bauvais-Amoureux House built in 1792 and the Dr. Benjamin Shaw House built in 1819. 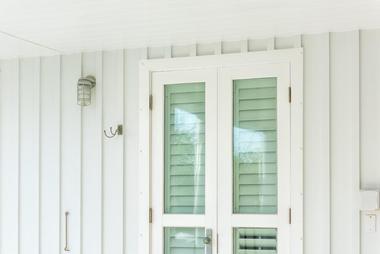 The Guibourd House or La Maison de Guibourd in Sainte Genevieve, Missouri, is an example of poteaux-sur-solle or vertical post on sill or foundation type of construction, usually sealed with bouzillage, a mixture of clay and grass. The house was built around 1806 for Jacques Jean Rene Guibourd and his family. The architecture of the Guibourd House is similar to other Creole-French structures in Sainte Genevieve and throughout the French regions of the Illinois Country/territory, the Louisiana territory and eastern Canada. Over the years the design has been slightly changed to adapt to the various residents, but mostly kept much of the original character and style of the French Creole architecture of the early 19th century. The slave quarters or kitchen were added later. The Guibourd House has one of the few original kitchens and slave quarters of this time period left in Ste. Genevieve.

, Michigan beaches -- "Best Things to Do in Sainte Genevieve, Missouri for Locals & Tourists - Restaurants, Hotels" Back to Top 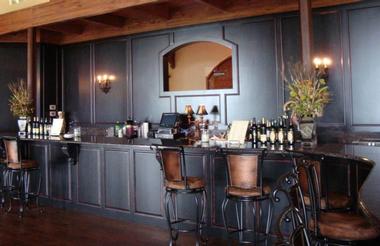 Weingarten Vineyard is vineyard, restaurant and event location in Sainte Genevieve, Missouri.. The vinery specializes in Missouri wines such as Norton, chambourcin, vignoles, rose, white blends and sweet wines. They have several tasting rooms in their beautiful downtown Sainte Genevieve location, with over 20,000 square feet of space and gorgeous views of the Ste. Genevieve countryside. Weingarten is a unique venue for all types of events. Their main reception hall features stone fireplace, arched wood ceiling, covered patio, and spectacular view of the vineyard. Their restaurant offers oven fired pizzas, hot panini sandwiches, fresh baked breads, sausage, cheeses, soups, and desserts for lunch and steak, seafood, chicken and a variety of fresh made pastas for dinner. It also offers fine wine, their own and wines from all over the world and 12 craft beers on tap. 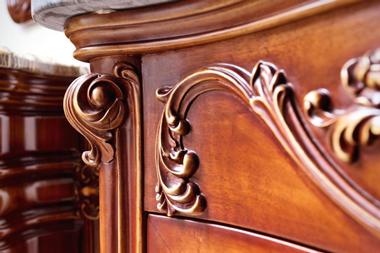 The Bauvais-Amoureux Historic House was built around 1792 for Jean-Baptiste St. Gemme Bauvais, overlooking le Grand Champ, Ste. Genevieve’s communal agricultural fields. The house has upright cedar log walls set into the earth in the uncommon poteaux-en-terre construction method. Hand-hewn heavy timbers support the steeply-pitched roof similar to the early French Canadian architecture. The house was purchased by Benjamin Amoureux in 1852 and is now part of the National Park Service. The house is open for tours. Informative displays explain how vertical log buildings were constructed. A large diorama depicts the village of Ste. Genevieve as it was in 1832. 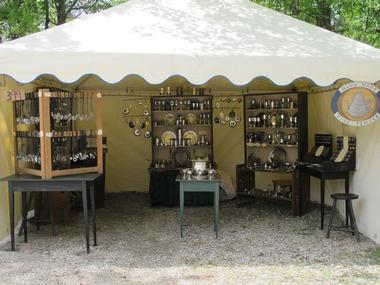 ASL Pewter Foundry is located in Historic Sainte Genevieve, Missouri - the oldest permanent European settlement west of the Mississippi. The studio and foundry occupy a former livery stable built in 1820 and is backed by an original ice house built in 1800. Visitors are welcome to come to the workshop and see how the artists make someone’s new family heirloom. ASL Pewter produces high quality, lead-free pewter objects that are functional works of art. All their product designs are based on known historic pewter pieces, or are original creations inspired by history, nature and fantasy. ASL Pewter Foundry works personally with customers to realize their vision. Each piece is unique. 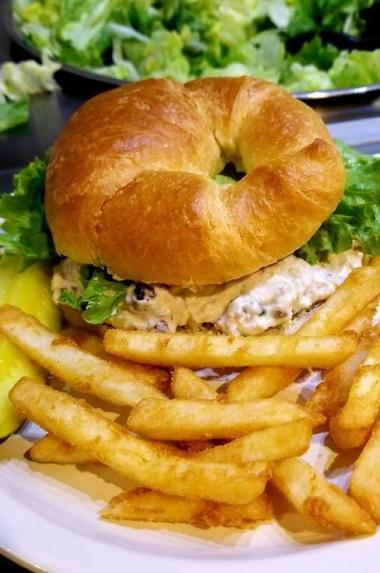 Sirros Restaurant was opened in March 1989 in downtown Sainte Genevieve, Missouri, on the location of the former legendary 1934 Orris Café known for its famous three-course Fried Duck Dinner. Sirro’s is rustic, spacious and very welcoming, with exposed beams, high ceiling and comfortable leather booths. There is a spacious covered porch where you can bring your dog. The menu is traditional American, with everyone’s favorites such as gourmet sandwiches, thin and thick pizzas, pastas, salad bar and their famous onion rings and Ribley soup. A full bar serves local beers and wines and classic cocktails. There is occasional live music on the restaurant’s raised stage. 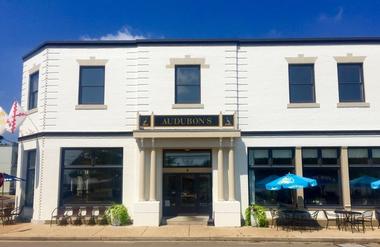 Located at the site of the legendary City Hotel that opened its door in Sainte Genevieve, Missouri in 1904, Hotel Audubon retained its Old World charm even after thorough renovation that added modern amenities that guests today expect. This small boutique hotel offers luxury lodging with seven charming rooms with private showers, free wifi and flat screen TVs. Audubon’s Grill and Bar, located on the ground floor, features an upscale chef-driven menu, elegant atmosphere and a number of private dining spaces. The menu is traditional American with comfort food items such as burgers, pastas, pizzas, quesadillas and high quality meats such as filet mignon and rib eye steak. Full bar offers local and imported beers and wines and a full range of cocktails.

You are reading "14 Best Things to Do in Sainte Genevieve, Missouri " Back to Top

9 Best Things to Do in St. Charles, Missouri

25 Best Things to Do in Springfield, Missouri

8 Best Things to Do in Augusta, Missouri