10 Best Things to Do in Hattiesburg (Mississippi) 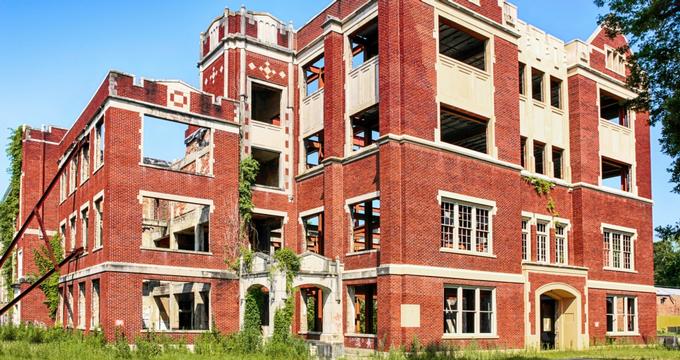 Hattiesburg is a medium-sized city in Mississippi called the "Hub City," because it is located at the crossroad of six major US highways. This does not, however, mean that Hattiesburg is just a place to go through on the way to somewhere else. The city has a beautiful historic downtown district with well-preserved 19th century homes as well as a district that celebrates African American heritage, and it is an important spot on the Blues Trail due to the number of famous blues musicians who lived in the city. Hattiesburg. MS has a zoo, several military museums, a spectacular rose garden on the University of Southern Mississippi campus, and the Longleaf Trace, a popular recreational trail that runs through Mississippi’s legendary pine forests and rolling farmlands.

If you come to the front entrance of the Southern Miss campus, you will be greeted by the spectacular All American Rose Garden, also known as the Southern Miss Rose Garden. It is one of the most popular areas of the campus and certainly the most beautiful and the most fragrant. The rose garden opened in 1974 and today has more than 800 individual rose bushes of all kinds, attracting visitors from all over the country. The roses are in particularly good health and during the peak blooming season they are a spectacular sight. There are about 36 varieties of roses and five selections of “drift rose,” which are used as a ground cover in the garden. 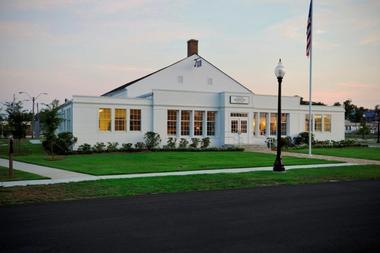 Located in Kamper Park in Hattiesburg, Mississippi, the Hattiesburg Zoo is a popular 12-acre zoo that provides a home to almost 80 species of animals from all over the world. This fun family destination, which opened its doors in 1902, not only offers encounters with wildlife but also has picnic areas, a carousel, a train, the Parris Jewelers Mining Sluice, a splash pad, an African drum station, a gift shop, and a concession stand. There is also the Touch Africa Petting Zoo, Asbury Discovery Center, and edZOOcation Center. The zoo is located in a beautiful part of Kamper Park, with thick groves of pines and oak trees, walking trails, grassy picnic areas, tennis courts, and playgrounds.

Located in the De Soto National Forest, the Longleaf Trace is a 41-mile-long paved bicycle, pedestrian, equestrian, and rollerblade trail constructed in 2000 between Hattiesburg and Prentiss in Mississippi. The trail runs through the heart of Hattiesburg, over rolling hills, by farmlands, along many small streams, and through dense groves of longleaf and slash pine. It includes fire roads, old logging roads, and quite a lot of single trails. Pines gives lovely shade year round. Besides being used for regular recreation and family outings, the Longleaf Trace is used for many local races and competitions. There are eight small rest areas, and the trail gateway is on the Southern Miss campus. The Welcome Center staff offer advice, maps, and help with identifying the tree species along the route, 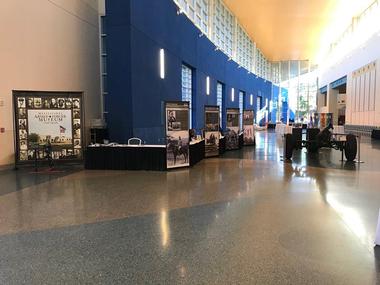 
Located about 12 miles from Hattiesburg, Mississippi, at Camp Shelby, the Armed Forces Museum plays the role of the Mississippi’s military history museum. Its goal is to honor the Mississippi veterans from all branches of military service and their sacrifices. The museum was started in 1984 by two veterans, who donated their own personal artifact collections, housing them in a small room at a Camp Shelby warehouse. In 2001, the museum moved to a 23,000-square-foot facility with 16,000 square feet of exhibits that include 17,000 artifacts, 2,000 historical documents, and over 4,500 military history volumes. In 2015 the museum expanded again, and three new galleries were added. Today, the museum has eight galleries and some of the most important collections are from late 19th century conflicts, world wars one and two, the Vietnam War, the Korean War, and many others. There are also tanks, aircraft, and artillery displayed in outdoor exhibits.

Located on the shores of Geiger Lake, about 10 miles from Hattiesburg, Paul B. Johnson State Park is surrounded by the spectacular natural beauty of Mississippi's pine region. The park is a magical place full of evergreen loblolly and longleaf pines, elegant dogwoods and huge ancient oaks. Only about 20 minutes from the University of Southern Mississippi, the park is very popular for all sorts of recreational activities. Geiger Lake, previously called Lake Shelby, was created in the mid-1940s by German prisoners of war, who were at the time housed at Camp Shelby. The lake is full of fish and the park has 25 camping areas and 16 rental cabins mostly occupied by passionate fishermen.

Located in downtown Hattiesburg, on the corner of Mobile and 2nd Street, Southern Prohibition Brewing is a popular local beer house and taproom with extensive selection of craft beers available on tap or in their onsite shop. This super-modern, high-tech brewery is open Thursday, Friday, and Saturday and it offers tours every Saturday, for a maximum 20 people at a time. The tour offers not only in-depth knowledge of the process of making beer but also some delicious samples. The beers available on tap in their rustic taproom are listed daily. The brewery occupies a large and renovated previously abandoned industrial building, and it has a pleasant outdoor patio for warmer days. They do not make food, but stone-fired Mercury Pizzas are available from their food trailer. Things to Do in Mississippi

Crescent City Grill is a charming Cajun eatery with a distinct New Orleans vibe, featuring cozy leather booths, a gleaming ornate bar lining one side, and exposed brick walls and stained-glass details. The pleasant cozy atmosphere continues outside in the enclosed courtyard with a lovely wrought iron fountain. There is an extensive selection of craft beers on tap, a good wine list, and a mouth-watering menu. While the menu often changes to adjust to the seasonal availability of fresh ingredients, some of the menu items are standard, such as nachos au gratin with spicy Cajun cheese, bacon and fresh salsa, served with sour cream, green onions, fried jalapeños, and homemade tortilla chips; you also might want to try the pan-seared yellowfin tuna sliced very thin, cooked rare, and served with wonton chips and pickled cucumbers.

When it opened in 2013, Java Werks Coffee and Tea quickly became known as the place that serves the best coffee in Hattiesburg. Even more than that, it became a place where people would get together to chat, do some work on their computers, or enjoy some delicious Latin American goodies. Colorful and cozy, with oversized sofas, shelves full of books, and walls covered with art, the place invites lingering. It is particularly popular with students since it is located just across from Southern Miss. For many, Java Werks offers the unique opportunity to try traditional Venezuelan dishes such as arepa, but there are also the good old standards such as muffins, coffee cakes, bagels, and every imaginable kind of coffee drink.

10 Best Things to Do in Hattiesburg (Mississippi)

20 Best Things to Do in Biloxi (Mississippi)

25 Best Things to Do in Mississippi