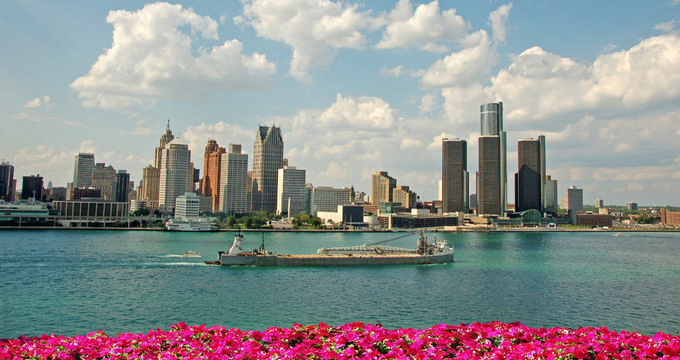 Located in the Great Lakes and Midwest parts of the United States, Michigan has the tenth highest state population and eleventh largest state area. It is the biggest state in terms of physical size situated to the east of the Mississippi River. Michigan is nicknamed 'The Great Lake State' due to its close proximity with the five Great Lakes of North America. Michigan has an estimated population of 9.9 million and covers an area of 96,716 square miles.

The state is divided into two sections, the Upper Peninsula and Lower Peninsula. Due to its lakeside location, Michigan is a very popular state for water-based activities like boating, fishing, and kayaking. The capital city of the state is Lansing, but the biggest city in Michigan is Detroit. Here are some key details and overviews of the biggest cities in Michigan. 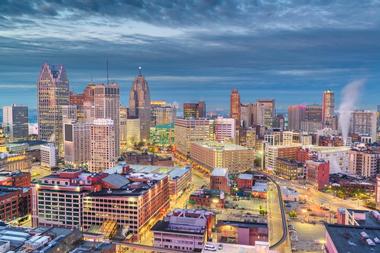 Located in Wayne County, Detroit is by far the biggest city in Michigan both in terms of land area and population. Detroit has an estimated population of 673,000 people, with over 4.2 million living in the surrounding metropolitan area. The city covers 142.87 square miles, with more than 4 square miles being made up of water, but the Detroit metropolitan area, known generally as Metro Detroit, covers a much larger area of 3,913 square miles.

Detroit was founded in July of 1701, making it one of the oldest cities in Michigan. Detroit is the main commercial, cultural, and industrial hub of the state and is located in the southeastern part of the Lower Peninsula. The Detroit River runs through the city, connecting Lake Erie and Lake St Clair. 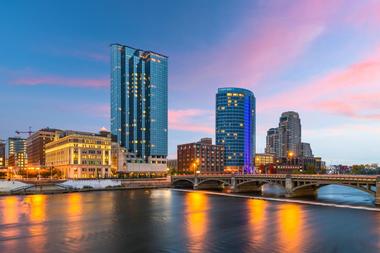 Situated on the Grand River, some 30 miles east of Lake Michigan, Grand Rapids is the second biggest city in Michigan. Grand Rapids is the county seat of Kent County and is located in the western part of the Lower Peninsula of Michigan. This city has an estimated population of 198,000 people, with over 1 million living in the surrounding metropolitan area.

Grand Rapids has close links with nearby cities of Muskegon and Holland and is one of the leading locations in the United States for furniture manufacture, home to five of the biggest furniture producers in the world, which helped to earn the city its nickname of 'Furniture City'. 'River City' is another nickname for Grand Rapids, due to its location on the banks of the Grand River. 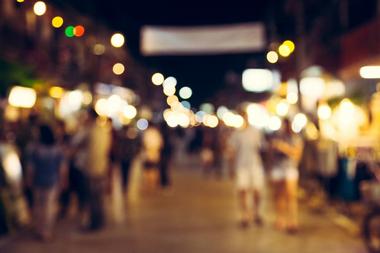 Located in Macomb County in the eastern section of the Lower Peninsula, Warren is the third largest city in Michigan. The estimated population of Warren is around 135,000 people, but 4.2 million living in the surrounding metropolitan area as Warren is technically a suburb of Metro Detroit.

Warren covers an area of 34.46 square miles and was founded as a small settlement called Beebe's Corners in 1830. Many major companies are located in Warren, along with several key United States Army installations. The biggest employer in Warren is General Motors, which employs over 17,000 people according to the most recent financial reports. 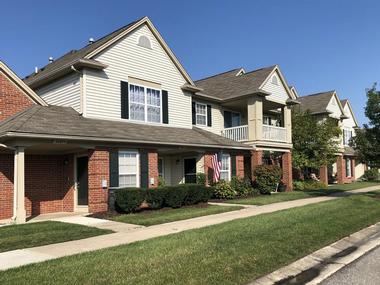 Situated quite close to Warren in Macomb County, Sterling Heights is the fourth largest city in Michigan. Just like Warren, Sterling Heights is one of the major suburbs of the Detroit metropolitan area. This city has an estimated population of 132,000 people and covers an area of 36.8 square miles. Sterling Heights was originally just an agricultural settlement serving the city of Detroit with the growth of rhubarb and several other crops, but was incorporated as a city in 1968.

Statistics show that Sterling Heights is one of the safest cities in Michigan, with the lowest crime rates overall. Sterling Heights is also known for its cultural diversity, with large waves of immigrants from Eastern Europe arriving in the area during the latter decades of the 20th century. Like in Warren, automobile manufacture is a big part of the economy in Sterling Heights. 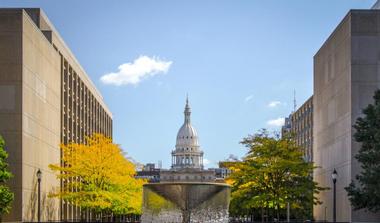 
Lansing is the state capital of Michigan and is located mostly in Ingham County, with some parts of the city also extending into Clinton County and Eaton County. Lansing is situated in the south central portion of the Lower Peninsula of Michigan and has an estimated population of 116,000 people, with over 460,000 in the surrounding metropolitan area. Lansing covers an area of 36.68 square miles. Lansing has been the capital city of Michigan since 1847 and is the only state capital that isn't also a county seat.

8 Best Things to Do in South Haven, MI