11 Best Things to Do in Mackinaw City, Michigan 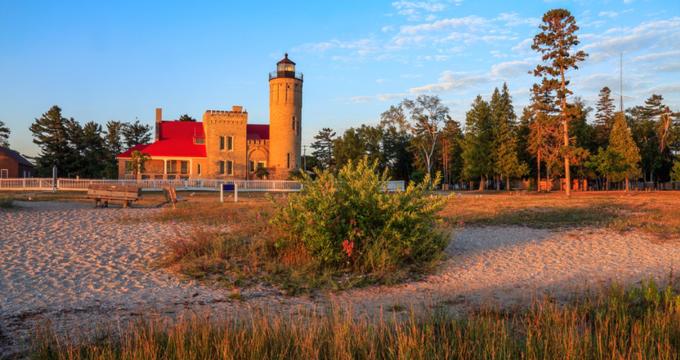 Mackinaw City is a village at the northernmost point of Michigan’s Lower Peninsula. Its location also marks the meeting point of Lake Michigan and Lake Huron. Visitors can cross the Straits to reach Michigan’s Upper Peninsula by way of Mackinac Bridge or one of the ferry services. There are many historic landmarks, including lighthouses, forts, and parks to explore. Or relax on any one of the city’s sandy beaches, and stargaze at Headlands International Dark Sky Park. Finally, there are plenty of shopping options and restaurants serving up delicious eats. 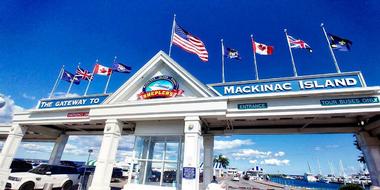 In 1945, Captain William Shepler opened a small snack bar for passengers who waited for their ferry to Mackinac Island. He believed a more efficient and faster ferry service was needed, so he started his own company. Capt. Shepler started with one boat and shortly after added a second boat that was piloted by his son, Bill Jr. These two speedboats offered distinguished and efficient service to passengers and were named “Miss Penny” and “The Fiji.” Many decades later the company still flourishes and is run by William’s son and grandchildren. The most recent boat added to the fleet was “Miss Margy”, who provides a first-class riding experience.

-- You are reading "11 Best Things to Do in Mackinaw City, Michigan" Back to Top 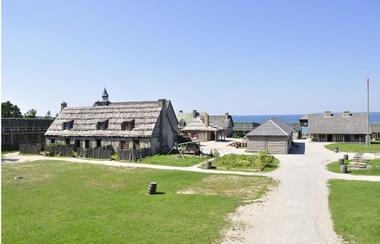 Fort Michilimackinac was constructed by French soldiers in 1715. The fort functioned as a fur trade center and refueling post. This area also served as a place where French and British officers met to discuss war tactics. And it was a meeting place for explorers who were setting off to discover the western territory of the U.S. Then in 1781 the fort relocated to Mackinac Island because the British suspected an attack from American soldiers was imminent. Years later a state park was created here in 1909 and it occupies 37 acres of land right along the Great Lakes shoreline.

-- You are reading "11 Best Things to Do in Mackinaw City, Michigan" Back to Top 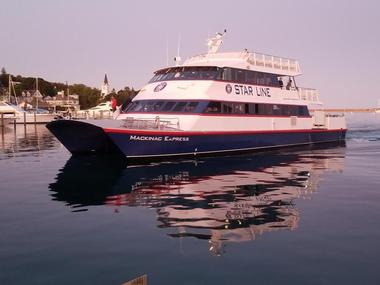 Star Line Mackinac Island Ferry has been transporting passengers from Mackinaw City and St. Ignace to Mackinac Island since the late 1970s. They have one dock in Mackinaw City and two docks in St. Ignace. The company was founded by five partners, each representing one point of a 5 pointed star. At first, their fleet consisted of slower ferries, which included the La Salle, Nicolet, Treasure Islander, and Flamingo. By 1979 the company bought their first fast ferry and named it the Marquette. Today, Star Line has one of the largest ferry fleets with six hydro-jet ferries and counting.

, OH -- You are reading "11 Best Things to Do in Mackinaw City, Michigan" Back to Top 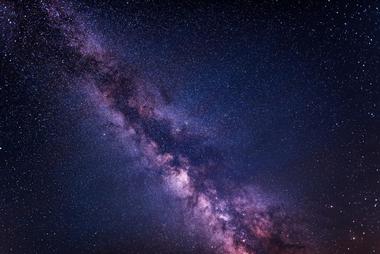 Headlands Park was established during the late 1950s. It has more than 550 acres of woodlands, a few miles of Lake Michigan shoreline and dozens of rare plant species. Visitors of Highlights Park often sightsee and spot animals such as the bald eagle, white tail deer, osprey, coyotes and wild turkeys. During all seasons the park’s nature trails remain open and frequently attract people interested in hiking, biking and cross-country skiing after heavy snowfall. During 2011, Highlands Park became an International Dark Sky Park. With this designation, the park will never have artificial light pollution, making it an ideal destination for stargazing.

-- You are reading "Fun Things to Do in Mackinaw City, Michigan this Weekend with Friends" Back to Top 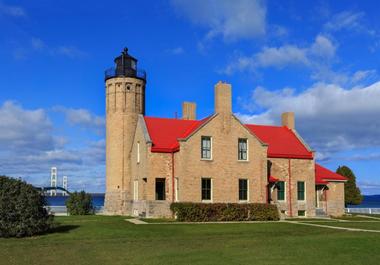 
Old Mackinac Point Light Station was founded in 1889, and operated as a lighthouse from 1890 to 1957. Because Mackinaw Point is situated at the intersection of Lake Michigan and Lake Huron, a lighthouse was needed for ship vessels and other boats traversing these waters. Congress considered the proposal to construct a lighthouse on Mackinac Point in 1889, but they only approved the construction of a fog signal. It wasn’t until 1891 when they decided that building a lighthouse here was also necessary. Visitors of the lighthouse can view the tower for a small admission fee and shop in the museum store.

-- You are reading "What to Do in Mackinaw City, Michigan this Weekend" Back to Top 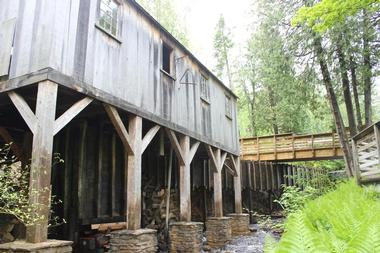 
Historic Mill Creek Discovery Park is a nature preserve, and state park that spans across 625 acres. Before becoming a park and a historic site, the land housed a sawmill that began its operation in 1790. When demand for cut timber declined, the sawmill could no longer sustain itself, so it was abandoned in 1839. Then during the 1970s, archaeological investigations took place at the sawmill. A decade later in 1984, the sawmill was rebuilt and later restored in 2007. Those who visit the park can step back into time, or take a walk on the park’s three-and-a-half miles of nature trails.

-- You are reading "Top Romantic Tourist Attractions in Mackinaw City, Michigan" Back to Top 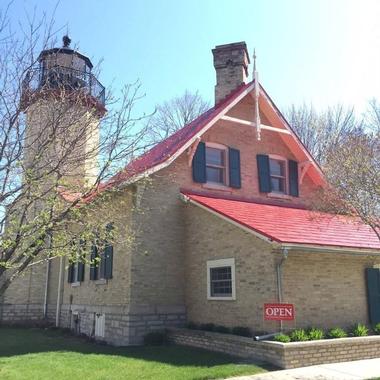 McGulpin Point Lighthouse and Historic Site once protected ships from treacherous storms, dense fog, and rocks from 1869 until 1906. Although Congress granted the petition to construct a lighthouse at McGulpin Point in 1854, there were several circumstances that caused severe delays. So, a new petition was presented in 1864 and a sum of $20,000 was allotted for the project. Work started in 1869, and the design of the lighthouse emulated that of Chambers Island and Eagle Bluff lights. The McGulpin Point Lighthouse discontinued use in 1906. And more than a hundred years later, the county bought it and hosted a gala celebration in 2009 to honor it’s reopening.

-- You are reading "What is There to Do with Kids in Mackinaw City, Michigan" Back to Top 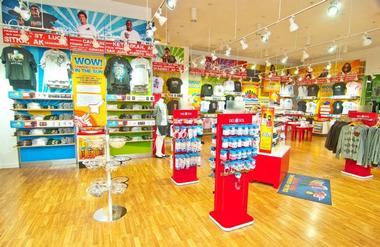 Del Sol designs and sells a proprietary brand of color-changing clothing and accessories. Co-founders, Robert Pedersen, and his son-in-law, Steve Schone, had the idea to combine sunshine with clothing. In 1994, they came up with the science for t-shirts that could change colors when exposed to sunlight. Once removed from the sunlight, these same t-shirts changed back to their original colors. Del Sol started as a small time operation in Murray, Utah and now they have locations in the Caribbean, Hawaii, Alaska, Mexico, and the U.S. Their motto is ‘creating fun, joy, smiles, and memories for everyone under the sun.’ 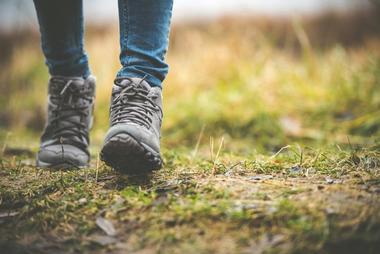 North Central State Trail is now a recreational rail-trail that is 62 miles long. It used to be part of the Michigan Central Railroad. The railway was based in Detroit and in 1882 a section of track was constructed to extend the railway up to Mackinaw City. At this time, the timberland industry was booming and the railway made the transportation of timber to other regions possible. This new piece of track also helped to bring tourists to Michigan’s Lower Peninsula. Decades later, in 1957, automobiles became the preferred mode of transportation and the Mackinac Bridge assisted with travel from the Lower to Upper Peninsula.

, Michigan beaches -- "Best Things to Do in Mackinaw City, Michigan for Locals & Tourists - Restaurants, Hotels" Back to Top 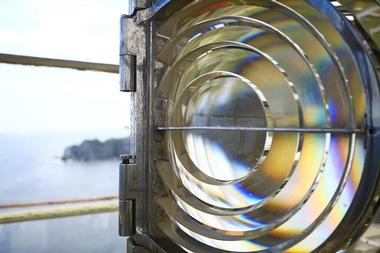 In 1981 the idea to create an association for the keepers and aficionados of lighthouses was born. Those who proposed the idea were Donn and Diane Werling, as well as Betty Moore Rinehart. They called it the Great Lakes Lighthouse Keepers Association, or GLLKA for short. GLLKA held their first meeting in 1982 and by 1983 the organization was officially formed. Then in 1986, the U.S. Coast Guard granted them a 30-year license to restore Saint Helena Island Light Station. Over the years, GLLKA published books, pamphlets, magazines, and produced videos, restored lighthouses, and have been the recipient of numerous awards. 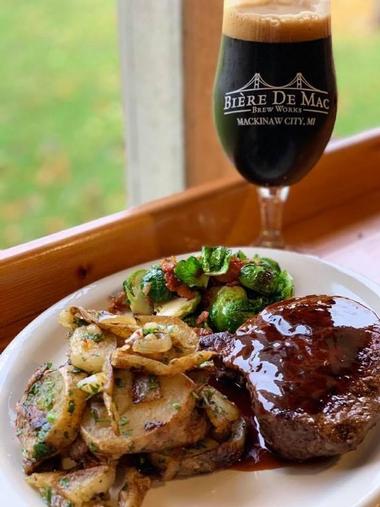 The Ranville family are the proud owners of Biere de Mac, a local brewery and restaurant in Mackinaw City. Their French ancestors settled on Mackinac Island hundreds of years ago and later moved to Mackinaw City to operate a fishing business. After many fruitful and happy years running the business, they decided to follow their dream of owning a restaurant that served the finest beers on tap. In honor of their French heritage, the name Biere de Mac was chosen as the restaurant’s name. Although they are known for their warm hospitality and tasty brews, they also have a good reputation for serving exceptional food.

11 Best Things to Do in Mackinaw City, Michigan

You are reading "11 Best Things to Do in Mackinaw City, Michigan " Back to Top

Weekend Getaways in Michigan: Castle in the Country

25 Best Things to Do in Lansing, Michigan

25 Best Things to Do in Kalamazoo, Michigan