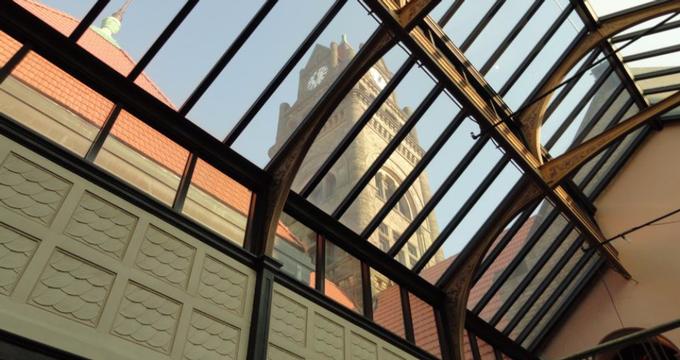 Bay City, MI is located on the base of Lake Huron at the edge of Saginaw Bay. At around only 11.2 square miles, the population makes this feel like a very large city. Roughly 35,000 people call Bay City home. Once a thriving shipbuilding and lumber town, this city now provides a great place to vacation. This city was the birthplace of famous singer Madonna, but steps out of her shadow with historic buildings, fantastic festivals, and delicious food offerings. Thought the winters are cold, the summer months provide great outdoor experiences. 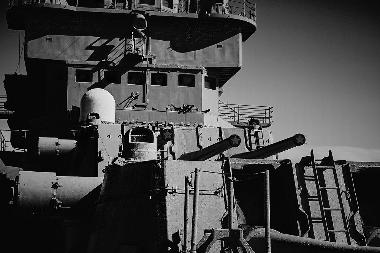 Those visiting the Bay City area may want to look in on the Saginaw Valley Naval Ship Museum, which is housed inside the U.S. destroyer the USS Edison. Visitors will have a chance to look at some of the country’s naval history while touring a ship that was once given the motto “Three Guns, No Waiting.” This ship is 418 feet long, and visitors can tour all of it. Be prepared to climb up and down ladders and through doorways, as this is a real destroyer ship. If you’re lucky enough to visit during September or October, join in the Halloween fun with one of two themed-attractions: the Edison Incident or Dismazed. 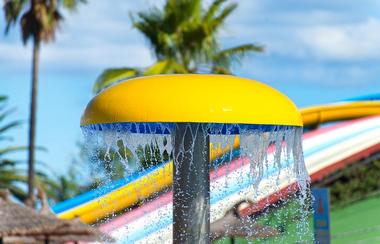 If you’re wanting to get a look at some wildlife while in Bay City, the Bay City State Park is a great place to go, especially in the summer months. Home to the largest marsh wetlands in the Great Lakes region, this is a great place to get a look at some wetland animals and migratory birds. Along with the marsh, woodlands, and meadow, there is a beach for those interested in getting in some swimming. There are times when the beach is closed for safety reasons, so for those who still want to cool off, a splash park has been built for kids – and adults – to run through and cool down.

3.Things to Do in Bay City, Michigan: Wenonah Park 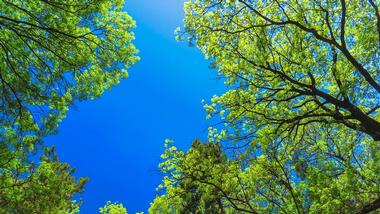 Wenonah Park is in the heart of downtown. This 6.1-acre park centers around an amphitheater for warm-weather concerts and festivals. On top of the amphitheater is a pavilion, the Nickless Family Community Pavilion, that is available for rent for parties and weddings. The park still has some fun activities during the colder months, as the pavilion is turned into an ice rink for skating and holiday fun. The park is right on the edge of the Saginaw River, and a mooring station for boats of many sizes has been built to connect with Wenonah Park. 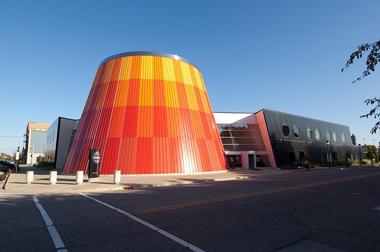 Open six days a week, the Delta College Planetarium is the perfect place for families who like educational experiences during their travels. After receiving a grant of $8.75 million from NASA, Delta College built the planetarium and learning center to focus on the wonders of the universe and the sciences. With a 360-degree screen in the planetarium, visitors can take in a star show or one of the many high definition science movies created for planetarium viewing. A rooftop observation deck allows guests the chance to see the real stars and planets at night. Throughout the building, traveling exhibits showcase different aspects of NASA and space study, such as simulated moon rocks.

5.Things to Do in Bay City, Michigan: Sage Library


In 1979, the Sage Library was put into the National Register of Historic Places, making this building a fantastic stop when visiting Bay City. The Victorian building was built in 1884 and today has over 110,000 books. Visitors to the library can tour the two and a half stories that now make up the library. The library is only open during weekdays. Visitors to the library can use any of the meeting rooms for group meetings, free WiFi, or computers with Internet access. The Sage Library is one of the four Bay County Library System branches.

-- You are reading "What to Do in Bay City, Michigan this Weekend" Back to Top

6.Things to Do in Bay City, Michigan: Antique Toy and Firehouse Museum 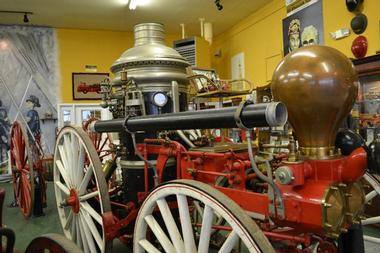 Free for children under four, this museum is promised to be a gem for kids aged 1-101. This museum combines two things that all kids love, toys and fire engines. When you step into the Antique Toy and Firehouse Museum, you’ll first be greeted by the NASCAR room, which houses models of nearly every car ever driven in the motorsport. Those interested in seeing other familiar toys can look through 50 years’ worth of toy collecting, which includes ships, Tonka toys, Hess trucks, and Betty Boop items. Throughout the museum, visitors will see over 70 real antique fire trucks and pumpers. 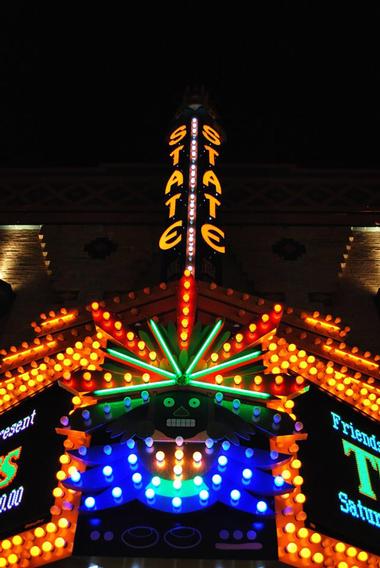 The State Theatre was opened in 1908 as a vaudeville theater. When movies became all the rage, a screen was added to the theater and it was renamed. Several owners and incantations later, the theater has been renovated to showcase its beautiful Aztec architecture. Today’s guests can check out some independent films and film festivals held throughout the year. In conjunction with the local park, Wenonah Park, free movies are shown throughout the warmer months. If there is rain, the movies are moved to the State Theatre. Today, most events are sponsored by local businesses and families. 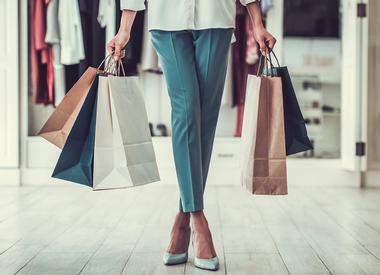 If you’re itching to get shopping, the Bay City Town Center is the place to be. Originally called the Bay City Mall, the newly named shopping center houses many well-known stores and hotspots. Kids, teens, and adults will all find their favorite stores around the enclosed mall, including Clarie’s, PetSmart, Label $hopper, Ollie’s Bargain Outlet, Spencer’s, GameStop and more. For those looking to do something else, a Planet Fitness and movie theater are right on site. Though this is mostly dedicated to shopping, guests can stop by Auntie Anne’s for a pretzel when they want a snack.

, Michigan beaches -- "Best Things to Do in Bay City, Michigan for Locals & Tourists - Restaurants, Hotels" Back to Top

When you’ve had your fill of fun for the day, be sure to check out one of Bay City’s popular eateries, like Lucky’s Steakhouse. Named after the owner, Lucky Vasilakis, this restaurant hits many tastebuds with steak, chicken, seafood, and pasta options on the menu. Lucky has made his name a brand, including Lucky restaurants that feature seafood and Mexican around Michigan. At Lucky’s Steakhouse, be sure to start off your meal with a starter like the Flowering Onion or Chunky Potato Cheese soup, and then move into an entrée, sandwich, or burger. If you’re still hungry after dinner, check out the dessert menu featuring carrot cake, cheesecake, and key lime pie.

10.Things to Do in Bay City, Michigan: Riverfront Grille 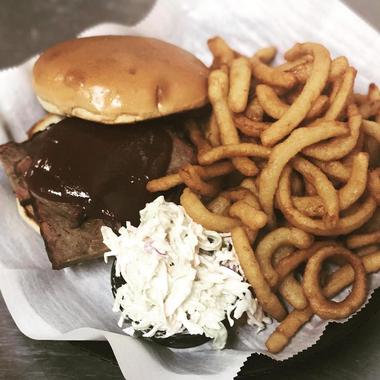 Offering food, drinks, and fun, the Riverfront Grille is located on the Shiawassee River. Open for lunch and dinner, stop by with family and friends to enjoy food and watch some sports. The food here is pub-style meets Tex-Mex. Be sure to try out many of the Mexican-style foods, like the Mexi-Ranch dips, quesadillas, fajitas, fish tacos, or the Big Ten dip (full of Mexican flavors). If you’re looking for fun starters, try out the pretzel bites, southwest egg rolls, raspberry delight dip, or smothered fries. Move on to a classic club or mouthwatering burger on a Brioche bun.

This Polish restaurant features a friendly atmosphere and authentic Polish cuisine. Their homemade sausages and noodles are sold all the way South through Kentucky. While the appetizers are more American inspired, such as cheese sticks, fried mushrooms, a blooming onion, and an appetizer combo, it’s the entrees and soups where the Polish flavors are found. Consider trying the Czarnina, the popular, traditional duck blood soup. Or try the Polish grinder (Polish sausage with toppings) or Don’s Polish Philly, a Polish take on the Philly cheesesteak. Pizzas made on freshly made focaccia bread are also available to order. As an added bonus, a lunch buffet is available to try multiple flavors. 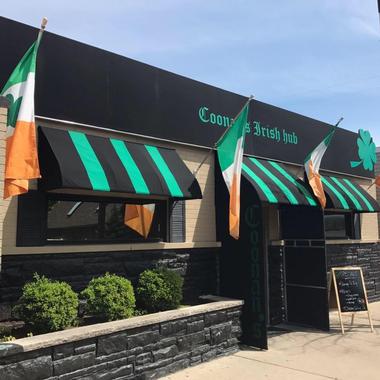 Everyone loves hitting an Irish pub, and Coonan’s certainly delivers all the usual charm and treats that Irish pubs offer. Titled Bay County’s Best Neighborhood Bar, patrons can find nearly 20 beers on tap at any given time. But the ales and brews are only the tips of the offerings. Be sure to check out the menu when you stop by. Tons of appetizers and sides will go well with your drinks during happy hour, like the parmesan fries, Irish fried, jalapeno poppers, onion rings, fried pickles, or Irish potato skins. Along with wraps and quesadillas, Coonan’s specializes in hot dogs, offering seven different specialty dogs.

You are reading "11 Best Things to Do in Bay City, Michigan " Back to Top

16 Best Things to Do in Petoskey, Michigan

16 Best Things to Do in Sault Ste. Marie, Michigan

9 Best Things to Do in Jasper, Indiana