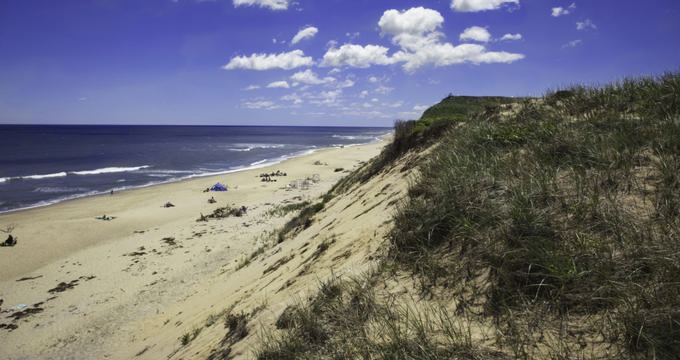 Made up of Maine, Vermont, New Hampshire, Massachusetts, Rhode Island, and Connecticut, New England is one of the most unique regions of the United States of America. Home to the all kinds of man-made and natural landmarks like the world-famous Harvard and Yale Universities and the picturesque fishing region of Cape Cod, New England is a must-visit location with so much to offer. Whether you're exploring a quaint village with historical architecture or visiting one of the area's many forests, there's a lot to love and enjoy all around New England, including many picturesque coastal towns and beaches. Certain attractions may be temporarily closed or require advance reservations. Hours/availability may have changed. 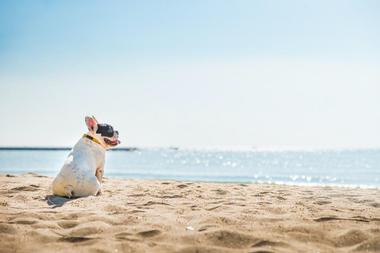 White Crest has it all. Big dunes, soft sands, beautiful blue waters, and rough waves make this beach a prime spot for a long list of activities. The choppy waters found out at sea are great for surfers, but the gentler waves just off the shore are good for swimming too. This beach is also well-stocked with useful amenities like local eateries, large parking, public restrooms, and on-duty lifeguards. Adventurous thrill-seekers can even be seen hang-gliding around this beach, while those looking to keep their feet on the ground might like to check out White Crest's volleyball courts or share a picnic with family and friends. 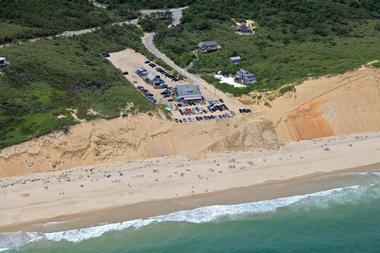 Easily accessible and very popular with both the locals and tourists in the area, Cahoon Hallow is one of Wellfleet's best and prettiest beaches. In the summer, this beach can get very lively with hundreds of people playing games, relaxing, and having fun, but it gets much quieter in the colder months of the year. Bordered by 75-foot dunes, Cahoon Hollow is a lot of fun for families with young children or groups of friends, and the conditions here are just right for various activities like surfing and swimming. Parking isn't free here, but there are several good amenities like the local Beachcomber Restaurant and public restrooms.

You are reading "6 Best Wellfleet Beaches" Back to Top 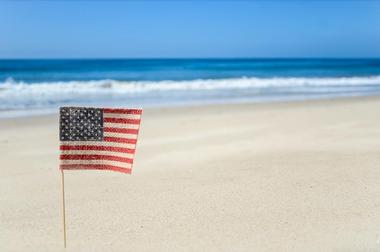 While some of Wellfleet's beaches can get quite busy and crowded in the summer, Mayo Beach tends to be very calm and peaceful all year long, making it a nice option for travelers in need of tranquility. It's a highly suitable beach for families due to the very calm, gentle waves and shallow shore waters, and there's free parking here too which is another nice bonus to set Mayo Beach apart from some of the other Wellfleet beaches. Lots of private rental accommodation can be found nearby, so this is a nice place to call home for your Cape Cod vacation.

You are reading "6 Best Wellfleet Beaches" Back to Top 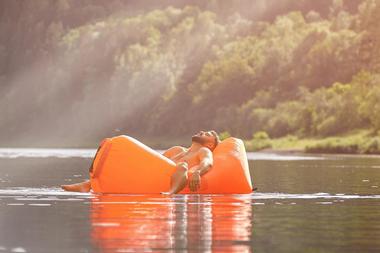 One of the biggest ponds in the Wellfleet area, Gull Pond is ideal for folks who aren't too interested in lounging around on the sand but actually want to get out on the water and have some active fun. There is a small sandy beach here which is a nice spot for a picnic or sunbathing session, but the main reason people visit Gull Pond is to indulge in water activities like swimming, canoeing, kayaking, and fishing. A rental service is located on site offering kayaks and canoes at good prices, and there are other basic amenities here too like parking and restrooms.

You are reading "6 Best Wellfleet Beaches this Weekend with Friends" Back to Top or More places to see near me today, what to do, weekend trips 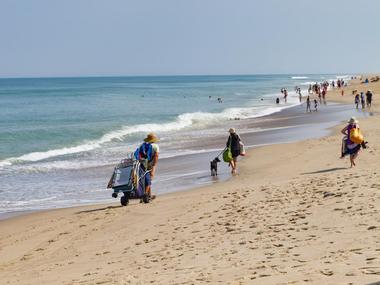 
If you're looking for one of the most family-friendly beaches in the Wellfleet area, Marconi Beach is a fine place to start. Fitted with lots of useful amenities like restrooms and showers, as well as on-duty lifeguards, this Wellfleet beach stretches out a long way, offering silky smooth white sands and nice warm waters, especially in summer. Be sure to visit in the early mornings to watch the sunrise or in the evenings to admire the stars above. Other good activities at this beach including swimming, surfing, and beachcombing, but there's not a lot of shade here so you may have to bring along an umbrella or tent.

You are reading "6 Best Wellfleet Beaches this Weekend" Back to Top or Restaurants near me, stuff to do near me

Where should I go this weekend for fun, adventurous places to visit near me today, famous for, kid friendly, hotels open near me, what can you do in for free, beaches, resorts near me, time zone, best restaurants near me, natural wonders: Indoor Pools, San Luis Obispo, Roswell, Las Cruces, Missouri Beaches, Billings, AZ Castles, January, September, August, Thanksgiving, Malibu Beaches, Manchester, Franklin, Key Largo 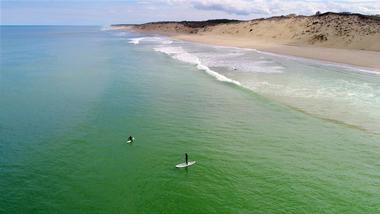 
With wide open spaces and silky, sugary sands, Lecount Hollow is another of Wellfleet's best beaches and draws some big crowds of locals and travelers on sunny days. As with many other Wellfleet beaches, lots of big sand dunes can be found here which are fun to climb around and explore, and the waters are cool but calm. Many locals rank Lecount Hollow as one of their favorite beaches and it's easy to see why. As soon as you step foot on the sand, you won't want to leave, and this is a nice beach to take some photos too.

You are reading "6 Best Wellfleet Beaches" Back to Top or More must do for couples, what to do near me, places to visit this weekend

Where can I go for top-rated things to see near me, fun things to do today, hotels near me, with toddler, social distancing, places near me, list of, stuff to do near me, rentals, beach and last minute resort ideas for couples, places to hike near me: Bookstores, Guilford, St Croix, Murfreesboro, Winston-Salem Wedding, ME, Boulder, RI, Boise Day Trips 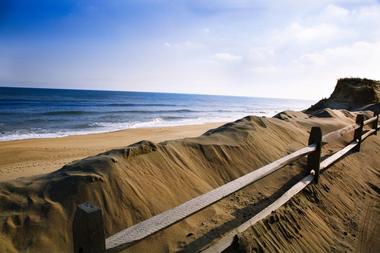 New England is famously home to some of the prettiest beaches in the United States and many of the area’s best coastal spots can be found at Cape Cod in Massachusetts. Various little towns line the way around Cape Cod, each having their own unique landmarks and beaches, with Wellfleet standing as one of the most interesting locations on the cape. Almost at the very end of the cape, Wellfleet was settled way back in the mid-17th century by the first English and European settlers, who originally called the area 'Billingsgate' in honor of a London fish market. Over time, Wellfleet grew and developed into one of the best fishing locations on the cape and is now seen as one of Cape Cod’s favorite resort towns.

Cape Cod is home to some of the most beautiful beaches in the New England region, with some of the area’s most charming spots being found in and around the town of Wellfleet. There are beaches on both side of this town, with some looking out onto the Atlantic Ocean and others focused inwards on the Cape Cod Bay. Read on to learn all about the best beaches in Wellfleet.

You are reading "6 Best Wellfleet Beaches" Back to Top or More tourism, attractions for couples, food, things to see near me today

You are reading "6 Best Wellfleet Beaches " Back to Top

16 Best Things to Do in Edgartown, Massachusetts

20 Best Things to Do in Provincetown, Massachusetts