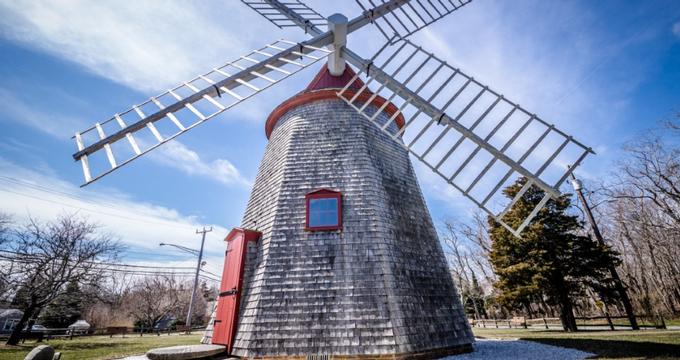 Located in Barnstable County, Massachusetts, about 23 miles south of Provincetown, Eastham is a great little town to explore on vacation. The town is bordered by Cape Cod Bay, the Atlantic Ocean, Wellfleet and Orleans. Highlights include Coast Guard Beach, Nauset Light, Eastham Windmill, and a choice of family-friendly restaurants. 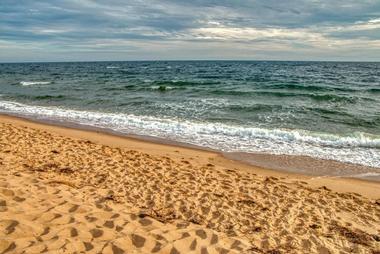 Coast Guard Beach is a surfing and boogie boarding destination that is one of five beaches sitting on the ocean side of the Cape included in the Cape Cod National Seashore. Its low tide creates a flat surface that is perfect for skimboarding. The outer beach that is locally referred to as the "backside" of Cape Cod is a watery cemetery for about 3,000 ships. There is no parking between mid-June to Labor Day except for park staff and disabled persons, with a shuttle bus giving access from Little Creek. Restrooms are open on a seasonal basis, and there is wheelchair access to the beach. 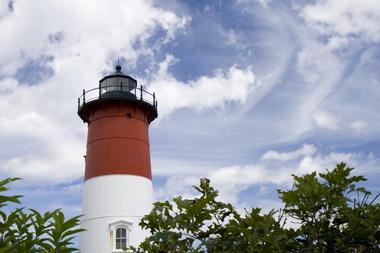 Nauset Light is officially known as Nauset Beach Light. It's a lighthouse that was constructed from one of the 1877 lighthouse towers relocated from Chatham in 1923. Completely automated, the Nauset Light is listed as a National Historic Place that stands 48 feet high. The logo for Cape Cod Potato Chips, today it's used as a private aid for navigation funded by the Nauset Light Preservation Society. With its iconic red tower, Nauset Light plus the nearby old oil house, are open for tours by the public at nominated times. 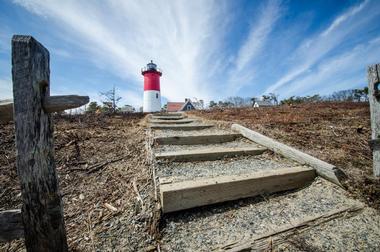 Nauset Light Beach is located one mile to the north of Coast Guard Beach in Eastham. A broad sandy beach with a dramatic glacial scarp background, it offers visitors amenities such as restrooms when in season. Bicyclists and walkers frequent the area no matter what season, as it's on the pine forest trail to the current location of the Three Sisters lighthouses. The endangered bird species, piping plovers, nest on the beach between spring and early summer. When the tide is low during the winter, the rustic old brick foundations of the original Three Sisters lighthouses can be seen poking out of the sand. 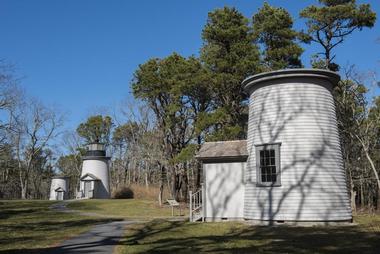 
Built in 1680 in Plymouth, Eastham Windmill was initially placed near Salt Pond in Eastham, after being transported by a log raft over the waters of Massachusetts Bay and an ox-cart to its final destination. Eastham Windmill was later sold and relocated to the Village Green opposite Eastham Town Hall. This was the original site of the Setucket Mill constructed in 1705 on land that was once owned by Giles Hopkins of the Mayflower fame. Extensively renovated in 1968, today it's open to the public during the summer months giving an extraordinary glimpse into the internal workings of an operating windmill.


Named Captain Penniman House after its seafaring owner, the house was built in Fort Hill Road, Eastham, at the end of the Victorian Age in a French Second Empire style. A wood-framed dwelling of two and a half stories with a mansard roof, the residence was constructed in 1868 from the best materials available. It is a masterpiece that was handcrafted by local artisans and features numerous innovative ideas for that period, such as running water, heating systems, stained glass windows, and beautiful woodwork. Home to the whaling captain and his family for over 100 years, he was able to watch the ships passing by on the Atlantic Ocean and in Cape Cod Bay. 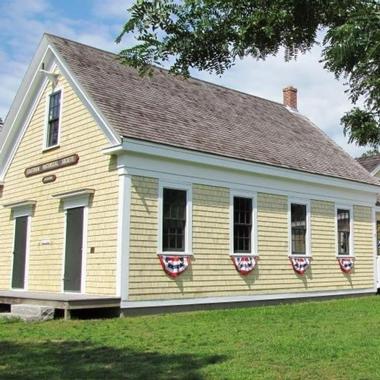 A non-profit historical society for the community of Eastham, it was established in 1963. The organization maintains museums such as the School House Museum, collects genealogical and historical information, also cataloging and preserving artifacts in a climate-controlled environment. The Eastham Historical Society sponsors numerous programs on an annual basis from public displays to historical presentations and information days. It's instrumental in providing resources and services to support the region's culture and history. Conducting various year-round events from a White Elephant Sale to an August Antique Market and a Summer Lecture Series, the Eastham Historical Society is a pivotal gathering point for preserving Eastham's past into Eastham's future.

The Schoolhouse Museum is a living museum where the first students of Eastham attended school. This 1869 structure was abandoned in 1936 when a new school was built. In 1963 the Eastham Historical Society restored the old school into a museum. A new museum was added to the site in 2008 displaying the town's history from Native American artifacts to shipwreck displays. Children are encouraged to sit at the old desks and play school when visiting the site. Donations are gratefully accepted, even though admission is free, to poke your nose into the Schoolhouse Museum that celebrates its 150th anniversary in 2019.

Karoo Restaurant offers dishes that reflect a diverse South African cuisine with hints of Dutch, Indian, British, Malay, African and Mediterranean influences. Eyes light up when reading the menu with names like Bunny Chow, West African Peanut Soup, and Peri Peri appearing. It's an insight into South African spices and curries with a flair that tempts the locals. The decor is in warm reds and golds draped with painted fishnet, and the front entrance is a welcoming jumble of Karoo's branded sauces and spices with the odd African doll perched on a shelf. Vegetarians are catered for.

A family-run restaurant located in North Eastham, The Fairway Restaurant is the local's hangout for amazing homemade food delivered with warm service and friendly vibes. In business for twenty years, it's a part of the Eastham community dishing up seasonal produce sourced locally and gluten-free meals, for those who may need it. Menus change with the seasons and special occasions such as Mother's Day and Easter Sunday are celebrated in style. Open for breakfast, lunch, and dinner, the decor is inviting, and the food is a reflection of their passion. 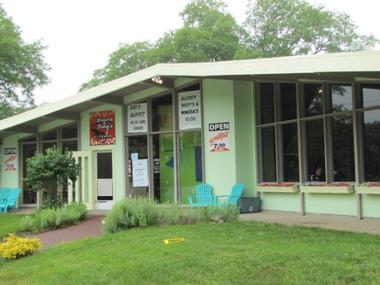 An iconic local restaurant in Eastham on Route 6, Laura and Tony's Kitchen is named after the masterful husband and wife chef team. This restaurant has been feeding hungry locals since 2004. Sitting in a quirky Art Deco building, the vibe is friendly and welcoming. With their motto of fresh is best, all of the produce used in their delectable dishes is sourced locally from organic producers. The cafe specializes in Beanstock, a locally roasted Organic Sumatra coffee. The seafood is fresh daily, and all sweet treats are baked on the premises. Catering for special events is available.

4 Best Things to Do in Deerfield, MA

12 Best Things to Do in Chatham, MA