Things to Do in Massachusetts: Adams National Historic Park 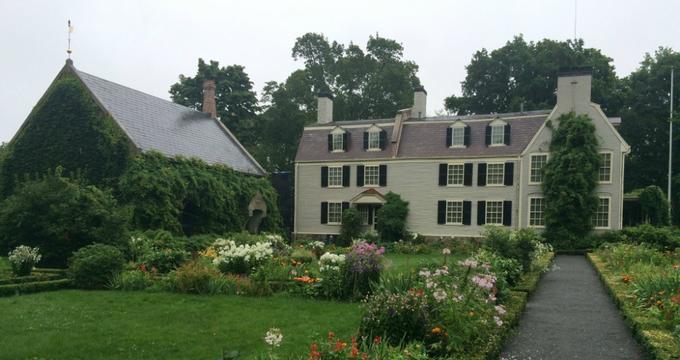 Nestled in the heart of Quincy, Massachusetts, the Adams National Historic Park is a 13-acre historical attraction where visitors can learn about the life and legacy of the Adams family. A comprehensive tour of the park allows visitors to see 11 buildings and approximately 100,000 artifacts. Much of the park’s collection comprises items originally owned by the Adams family. In addition, visitors can see the birthplaces of several key members of this illustrious family.

At the epicenter of the Adams National Historic Park is the structure referred to as the Old House, which is the mansion in which the family resided. Originally built in the first half of the 18th century, the Old House was in the family’s possession until 1946. At that point, the family chose to donate the site to the public as a way to inspire Americans to cultivate civic pride and patriotism. By exploring the art, artifacts, landscape, and architecture of the Old House, visitors can fully immerse themselves in the mindset and worldview of the founding fathers born out of the American Revolution. The values, cultural, political, and intellectual legacy of the Adams family become clearer as one delves deeper and deeper into the objects that surrounded them on a daily basis. Furthermore, in learning more about these aspects of the lives of a family that gave America two presidents, visitors can extrapolate the foundation upon which America was built.

While the upholstery, bedspreads, and wallpaper seen in the Old House are all reproductions, the majority of the objects, as much as 99 percent of the displayed artifacts, were originally owned by the Adams family. Some of the highlights of the home are the artworks hung on the walls. These include paintings by John Trumbull, Mather Brown, William Morris Hunt, and Edward Savage, to name a few. In addition to these great masters, visitors will also be able to view Primitive American paintings, archeological finds, 19th century photography, and both European and American decorative arts.

There are American and European furniture pieces on display. The American pieces include a Federal-style banquet table, a Grecian-style card table thought to be designed by Thomas Seymore, and an American Queen Anne highboy. The European pieces on display remind visitors of John Adams’ diplomatic relations with France and Holland. Visitors can note the stylistic differences between the American pieces and the Dutch chairs as well as the French desk and settee.

Ninety years after the home was built, the family added a library to store the accumulated writings and volumes acquired by several of its members. Today, this historic location is celebrated as it represents much of the influential publications that originated from the Adams family. Here, visitors can see more than 12,000 books that were once the property of the inhabitants of this home. Among these are tomes concerning subjects such as natural history, astronomy, literature, horticulture, and theatre. The library is also a place of significance as this was where Henry Adams wrote his famed nine-volume History of the United States. The stone walls of the library house several notable treasures, including a Bible Concordance from 1521, a copy of George Washington’s Farewell Address that belonged to John Adams, and a Bible with a note expressing gratitude on behalf of the Mendi people addressed to John Quincy Adams.

Another notable book belonging to the Adams Library is the Book of Mormon that was personally gifted to Charles Francis Adams by Joseph Smith himself. Adams met Smith in Nauvoo, Illinois, when he was touring the country with his cousin Josiah Quincy, Jr. in 1844. This rare signed copy is thought to have once belonged to Joseph Smith’s wife, Emma Smith. Those hoping to catch a glimpse of this rare tome are free to do so between the months of April and November.

Visitors can see the birthplaces of John Adams and John Quincy Adams, which have been preserved in their original locations on Franklin Street. This street was once part of a larger road called the Old Coast Road, which went from Boston to Plymouth. Both properties are situated on a farmstead comprising approximately 188 acres. The well that supplied water to both homes can still be seen today. Both structures display a typical New England design of construction, sometimes referred to as Saltbox style on account of their resemblance to salt boxes prevalent at the time.

More Things to Do in Massachusetts

Things to Do in Massachusetts: Harvard Museum of Natural History in Cambridge