14 Best Things to Do in Columbus, Indiana 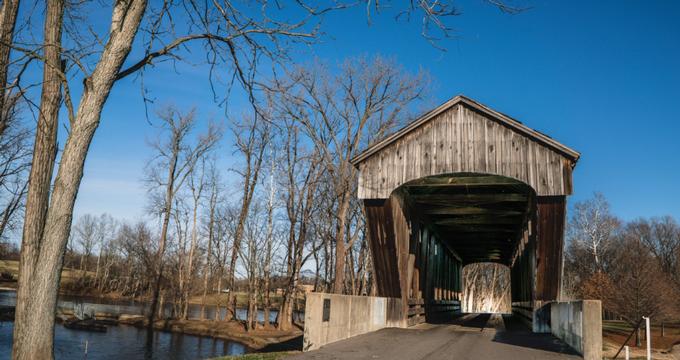 One of the best displays of the modern architecture of the United States can be found in the city of Columbus, Indiana, which knows well how to blend modern style with small-city hospitality. Architecture tours, however, are just one of the many things both visitors and locals alike can do in Columbus. In addition to the over seventy structures designed by famed architects, such as Eero Saarinen and I.M. Pei, the city is also home to gardens, parks, theaters, museums, orchestras, great restaurants, and more.

1.The Miller House and Garden

© The Miller House and Garden

The Miller House and Garden in Columbus, Indiana showcases the incredible work of several leading designers and architects of the twentieth century, which include Dan Kiley, Alexander Girard, Kevin Roche, and Eero Saarinen. Owned and maintained by Newfield’s the Miller House is one of the city’s architectural icons, as well as one of the country’s most significant mid-century modern residences, often noted alongside The Farnsworth House, The Glass House, and Fallingwater as the best residential modernism examples in the United States. Tours of the building are available for a fee from the Columbus Visitors Center and last around ninety minutes.

-- You are reading "14 Best Things to Do in Columbus, Indiana" Back to Top 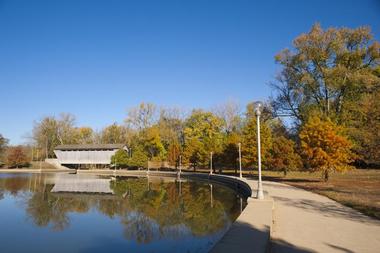 Mill Race Park is located where the Driftwood River and the Flat Rock River converge in the downtown area of Columbus. This city-owned and operated park encompasses more than eighty acres and features an observation tower that’s eighty-four feet tall and a playground for children. The park also includes two small lakes with a wooden bridge, a perimeter loop road, a circular lake with surrounding walkway, the People Trail, basketball courts, an earthen amphitheater, and opportunities for fishing. The interpretive boardwalk connects the park wetland to the community’s path system. Mill Race Park also hosts several festivals and events throughout the year.

-- You are reading "14 Best Things to Do in Columbus, Indiana" Back to Top 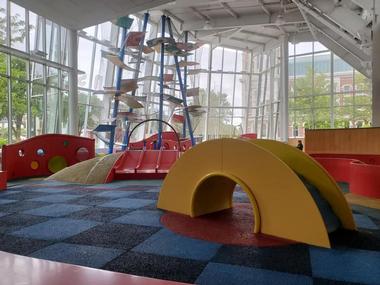 The Commons in Columbus is an indoor event venue and community space, featuring a stage area and modern event spaces, a number of casual dining establishments, and a 5,000-square-foot indoor playground, which includes the “Luckey Climber” measuring 35 feet tall. The Commons also displays public art, such as the Chaos I, a one-of-a-kind sculpture created by Jean Tinguley and the centerpiece for the space. Upstairs provides an event venue for exhibitions, gala events, lectures, and live performances. The Commons was designed by Koetter Kim to to be not only a “community center,” but a resource for the community as well. 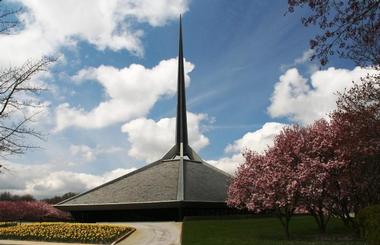 Founded in 1955 as part of the Disciples of Christ, or Christian Church, the North Christian Church was designed by Eero Saarinen, famed Finnish-American architect. The construction of the his designed building was finished in 1964. Visitors to the North Christian Church can take a self-guided tour on Mondays and Thursdays from 8:00am until 5:00pm and on Tuesdays, Wednesdays, and Fridays from 8:00am until 12:00pm. Parking for the church is available at the building’s east end. The church is also a National Historical Monument and is one of the Columbus Visitors Center Architecture Tour’s highlights.

-- You are reading "Fun Things to Do in Columbus, Indiana this Weekend with Friends" Back to Top 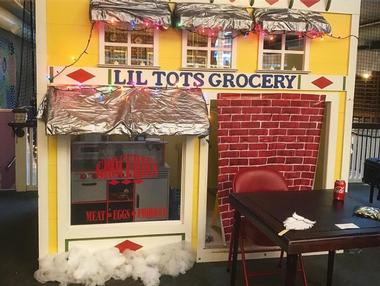 
Kidscommons in the architecturally famed city of Columbus, Indiana provides toddlers up through early teens and their families with a safe and vibrant environment where everyone can explore the three floors of interactive, hands-on exhibits together. Children can delight in sliding down the ExploraHouse’s world-famous giant toilet and learning about houses, learning about other cultures in the Our House Japan exhibit, designing their own “city of the future” in the City by Design exhibit, along with creating their own masterpieces within the Kids at Art Studio, climbing the seventeen-foot wall designed to replicate a building, and much more.

-- You are reading "What to Do in Columbus, Indiana this Weekend" Back to Top

6.Things to Do in Columbus, Indiana: Atterbury-Bakalar Air Museum 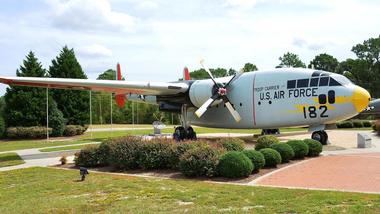 
The Atterbury-Bakalar Air Museum of Columbus, Indiana dedicates itself to the memory of all civilian and military personnel who served during the conflicts and wars from between the years of 1942 and 1970 in any capacity, serving to recall the various events of World War II, along with the Vietnam, Cuban, and Korean conflicts, which affected many lives. The Atterbury-Bakalar Air Museum has no admission fee, and aims to inspire and educate guests through the personal stories, photos, and history of the men and women who served.

-- You are reading "Top Romantic Tourist Attractions in Columbus, Indiana" Back to Top 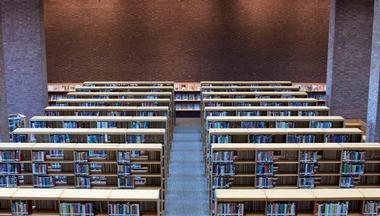 The Bartholomew County Library was designed by I. M. Pei, a Chinese-American architect who was relatively unknown at the time. He later went on to design several innovative and high profile structures, including the JFK Presidential Library in Boston, Massachusetts and the Louvre’s glass pyramid in Paris, France. The design of the Bartholomew County Library was one that sought to create a harmony between the building and it surroundings, as well as to engage the community. Along with the collection of books and other media, the library also offers a variety of activities and events to the local community and its visitors.

-- You are reading "What is There to Do with Kids in Columbus, Indiana" Back to Top 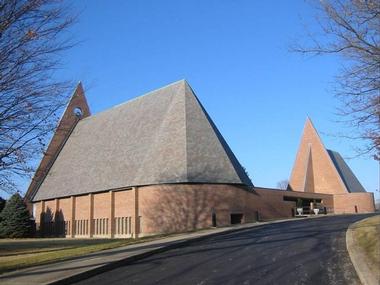 The First Baptist Church in Columbus, Indiana is one of the city’s six national historic landmarks. The building was designed by Harry Weese, a distinguished architect, with construction finished in 1965. Since that time, very few changes have been made to the church, so the structure still retains its original integrity. The red-brick First Baptist Church was also the home of one of the earliest congregations in Columbus and is made up of five distinct parts: the chapel, fellowship hall, office wing, narthex, and a serene, simple sanctuary. These sections were built around the central courtyard. 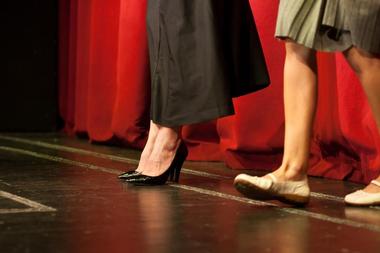 The Crump Theater is situated less than one block away from the downtown historic district’s Bartholomew County Courthouse and is one of the city’s sentimental favorites. The history of the theater dates back to the year 1889, when an opera house was built by J.S. Crump at the rear of an already existing building. No expense was spared to bring national theater firms in to design the theater’s scenic backdrops and lavish interior. The Crump Theater has hosted an array of acts and a number of famous performers over the years, such as John Mellencamp and John Philip Sousa.

, Michigan beaches -- "Best Things to Do in Columbus, Indiana for Locals & Tourists - Restaurants, Hotels" Back to Top 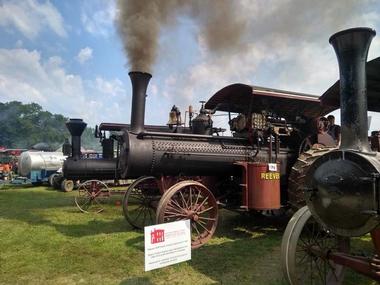 The Bartholomew County Historical Society has a mission of collecting and preserving artifacts, documents, and photographs related to the history of Bartholomew County in Indiana. The historical society teaches about the region’s heritage to both current and future generations through interpretive displays and programs. Among the various displays in the Bartholomew County Historical Society’s museum, visitors can see a large number of radios from the largest Arvin radio collection in the world, as well as learn how the company helped with manufacturing items used during World War II. Other collection items include product posters, display cases, and original marketing materials. 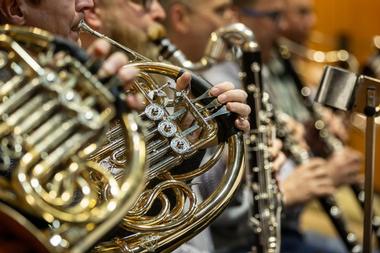 The Columbus Indiana Philharmonic is an award-winning philharmonic orchestra that puts on several performances throughout the year for the Columbus, Indiana community and beyond. The orchestra also hosts an array of acclaimed guest artists to bring even more musical excellence to the city. The Columbus Indiana Philharmonic also offers educational music programs to schools in the area and private music instruction. Programs include the Children’s Choir, the Philharmonic Youth Orchestra, and annual choral camps and strings camps. The Philharmonic also works in partnership on occasion with other organizations and groups, such as The Cabaret of Indianapolis to provide more performance variety.

-- "New cool stuff to do in Columbus, Indiana" Back to Top or Romantic Getaways 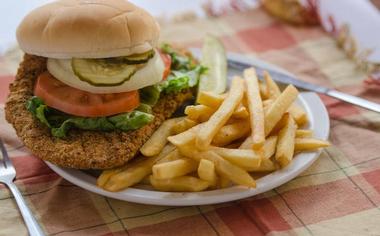 The Columbus Bar is a brewpub offering a varied selection of craft beers and house brews, along with an array of comfort food. The brewpub is the official bar of the local Power House Brewing Company, the first brewery to open in Columbus, Indiana since the Civil War, originally established in 1939. The Columbus Bar is also the oldest continuously operating bar/restaurant in the state of Indiana and offers something for nearly everyone with its twenty-one taps and rotating guest beer selection. Some of the Power House Brews can only be found at the beer lovers oasis. 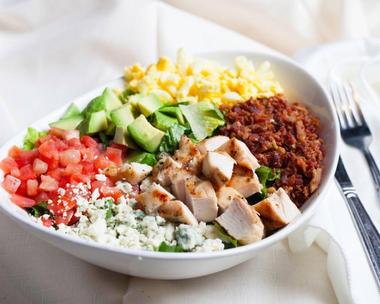 Arni's Columbus is part of the local Arni’s restaurant chain opened by Arnold “Arni” Cohen. The original flagship restaurant in Lafayette, Indiana was opened at the Market Square Shopping Center in 1965, becoming one of the state’s most successful and largest restaurants. Arni’s, now owned and operated by Arnold Cohen’s two sons, has since expanded to include eighteen restaurants throughout southern and central Indiana. The menu here includes pasta, pizza, strombolis, sandwiches, subs, salads, and soups.

14 Best Things to Do in Columbus, Indiana

You are reading "14 Best Things to Do in Columbus, Indiana " Back to Top

12 Best Things to Do in Richmond, Indiana

25 Best Things to Do in Fort Wayne, Indiana

10 Best Things to Do in Nashville, Indiana

17 Best Things to Do in Elkhart, Indiana