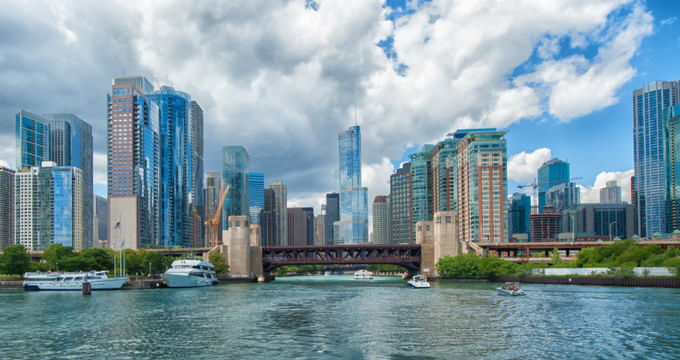 Illinois is the 6th most populous state but only the 25th biggest in terms of its surface area, making it one of the most densely populated states of America. Illinois, also known as the Prairie State due to its vast prairies, is located in the Midwest region of the United States and includes a lot of diversity in both its economy and landscapes.

The state has a total estimated population of around 12.8 million people, while covering an area of 57,914 square miles in total. The state capital of Illinois is Springfield, but the state's biggest and best-known city is Chicago, which is also the third largest city in all of America. Here are some key details and facts about all of the biggest cities in the state of Illinois. 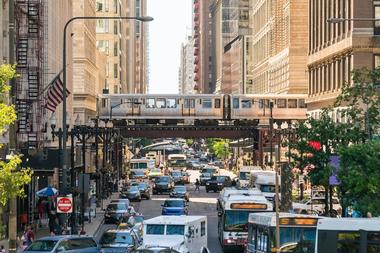 Situated in Cook County in the northeastern part of Illinois, Chicago is the state's biggest and most famous city. Chicago is third most populous city in the entire United States, home to an estimated population of 2.7 million people, with over 9.5 million living in the surrounding metropolitan area. Chicago is a major commercial, cultural, industrial, and transportation hub for both Illinois and the United States as a whole.

The city was founded in the late 18th century and was named due to a native Algonquian word 'Shikaakwa' referring to the wild onions that grew in the area. Chicago developed rapidly over the years and is now classed as one of the most important cities on the planet. The city is known for its distinctive skyline and strong cultural side, attracting tens of millions of tourists each year.

The city of Aurora is the second biggest city in the state of Illinois but is much smaller in terms of both land area and population than Chicago. Aurora has an estimated population of 201,000 people and is located in DuPage County and Kage County in the northeastern part of the state, not far from Chicago itself.

The city is actually classed as part of the Chicago metropolitan area, also known as Chicagoland. Aurora covers an area of 45.77 square miles and was founded in 1834. It has the nickname 'City of Lights' due to the fact that it was one of the first cities in all of America to install an electric street light system. Aurora is well-known for its unique historic architecture and has thrived over the years due to its close ties with Chicago.

Rockford was founded as Midway in 1834, but received its current name a few years later, in 1837. The city's name came from the presence of a ford across the Rock River which ran through town. The city was constructed on a good location for transport and development and thrived over the years due to industries like furniture production.

Joliet is situated in both Will County and Kendall County in the northeastern part of Illinois. Like Aurora, this large Illinois city is located inside the Chicago metropolitan area and has close connections with the state's biggest city. The estimated population of Joliet is 147,000, so there is a chance that it may technically be larger than Rockford, but a new census will need to take place before this can be confirmed.

The city of Joliet was settled in 1833 and grew over the years, now covering an area of 65.09 square miles. The city was named after Louis Jolliet, a French-Canadian explorer who, along with his father Jacques Marquette, mapped out the Mississippi River.


Located in DuPage County and Will County in the northeastern part of Illinois, Naperville is the fifth biggest city in the state. Naperville has an estimated population of 147,000, which means that, just like Joliet and Rockford, it may technically be the third or fourth biggest city in Illinois based on population, but this cannot be confirmed without an official count.

The city covers an area of 39.24 square miles and was named after Joseph Naper, a pioneer, soldier, and politician who founded the city in 1831. Naperville is classed as one of the richest cities in the Midwest, as well as having some of the lowest crime statistics, hence being regarded as a great place for families and the elderly to live.

24 Best Romantic Things to Do in Chicago

25 Best Things to Do in Springfield, Illinois